Valentines or Galentines? I think I’ll pass on both

One cold and dreary night last winter I found myself ugly crying in front of the TV. The cause of my weeping was, for once, not due to the emotional denouement of a costume drama, but a documentary about self-help stalwart, Tony Robbins.

I Am Not Your Guru charts the course of one of Robbins’ intensive conferences, designed to help individuals work through the challenges they face in life, love and happiness.

For those unfamiliar with his methods, attendees at Robbins’ conferences are required to, in brutally honest fashion, share their ‘issues’ in front of hundreds of other delegates. Using a unique mix of brash humour, tough love and gentle compassion, Robbins manages to elicit quite significant revelations from attendees, many of whom experience life-changing breakthroughs as a result.

The story that really got me in the jugular was a young woman who was experiencing deep trauma after suffering horrendous abuse growing up in the Children of God cult. It was a beautiful moment as Robbins gently and lovingly offered her the lifeline that she so desperately needed. The sense of love, hope and healing was palpable, and she left the conference seemingly transformed.

Yet, despite this, I couldn’t stop thinking about her long afterwards. Ultimately, there seemed something worryingly empty about the solution Robbins had offered her. At the point where she was considering suicide, the ‘lifeline’ she was handed was essentially this: you need relationships.

Robbins assigned three of her fellow delegates to act as father figures to her and to support her throughout her journey to recovery. These men all seemed very lovely, and I have no doubt that such relationships would be wonderful to have. But I was left wondering: is this woman really going to be okay? Can a relationship ever fulfil us?

I recently found myself asking this very question to a group of people I was exploring the Christian faith with. It was surprising to me that everyone round the table felt that work, success and pleasure were all pretty hopeless at giving our lives meaning – after all, I’d certainly believed that all three were significant contributors to human happiness at one time in my life.

But there was one thing that we kept coming back to – relationships. If anything gave our lives fulfilment, it was the joy and love we received in relationship with others.

Today is our beloved Valentine’s Day: a stark reminder that many people unfortunately still believe we just need a lover to make us incandescent with joy for the rest of our lives.

However, I think we’re starting to move away from the notion that romantic relationships are all that’s necessary for happiness. The vomit-inducing Richard Curtis film finales are becoming rarer and, although we still believe in love, we’re not so naïve as to think that this can only be found in a committed relationship. Perhaps it’s because so many of us are single, seasoned Tinder/Hinge/Bumble users with a hint of disillusionment. We’ve ditched the idea that we just need to meet that ‘special someone’ to be happy.

So what’s left for us? Well, our awesome friends! Frodo had his Samwise, Captain Kirk had his Spock, and if Friends taught us anything, (apart from the fact that Joey’s sexism and Monica’s fat shaming doesn’t translate well in our woke era) it’s that we just need a good squad to keep us going and life will be wondrous.

Whilst this is a refreshing break from the boring fallacy of ‘happily ever after’, I still take issue with this idea. Because underlying all relationships, including friendships, is one common theme: we’re dealing with fatally flawed human beings.

Don’t hear me wrong: friendships are an amazing part of life. I can’t think of many things I find more joyful than spending time with people who make me laugh, who encourage and support me, challenge me and stick by me through thick and thin. I have some deep and wonderful friendships that I am incredibly grateful for.

But –and it’s hard to say it – I don’t have a single friend that hasn’t let me down in some way.

And it would be wrong of me to expect anything else. See my friends and family are as messed up as I am. If our friendship is real, we’ll get annoyed at one another, we’ll say things we regret, we’ll put our own needs first. Not only that, but not all friendships last forever; often friendships change in seasons. Moving away, having kids, changing circumstances and, finally, death are all things that can mean that a friendship that gave your life so much meaning is taken away from you.

I (perhaps stupidly) recently shared on social media about the pain I had gone through when I had wandered away from my Christian faith for a time. During that period, I had felt an intense loneliness that I’d never felt before. I argued that being outside of the Christian faith, distant from God and church community, was a deeply miserable experience.

One comment I received was particularly perplexing: they argued that I was wrong, that it was possible to find fulfilment outside of the Christian faith and that all I needed was to find some amazing friends and I would be happy.

In this comment was an unfortunate implication: I just hadn’t found the right friendships yet. I just need friends that are somehow good enough to fulfil me emotionally and spiritually. If I really believed this to be true, it would be a terribly depressing conclusion. Because the idea that relationships will fulfil us (both romantic and platonic) leaves us forever searching for the ones we think we should have. What about those of us who aren’t happy with our lives? If it really is the case that I just haven’t reached the zenith of the friendship pyramid, then it all just leads to the inevitable conclusion that I’ve failed at life. I can’t even find good friends, let alone achieve anything else. And, sadly, I’ve spoken with several people who actually feel this way. When their friends inevitably let them down, they feel as if they have nothing to live for.

The implication behind the help Tony Robbins offers is that relationships will be able to offer us healing from our pain and hope for our future. For all his good intentions, my experience has led me to a blunt realisation that this simply isn’t true; this formula for a satisfying life just does not deliver on its promises.

‘I need a community’ were words I wrote in my journal, just five years ago. During that time in my life I had many friends, but I was profoundly lonely. A few weeks later I was sitting in a small and dusty room in a pub, with a bunch of strangers and a bearded guy talking about the Bible. I was, in fact, in a church.

Years later, I can honestly say that the people in this church haven’t fulfilled me. They are some of the loveliest, kindest, most beautiful people I have ever known and the community I have found with them is so important to me. But it wasn’t these people who healed me: it was finding my relationship with God again.

We can’t keep kidding ourselves that friendships will ever satisfy us. It sets us on an endless quest to find happiness in people who are like us, which isn’t a good thing. It’s flawed for exactly the same reasons as longing for a romantic relationship: it’s a worldview that compounds the grief of those who are lonely, and it ultimately cannot deliver – we are settling for much, much less if we think it does.

Perhaps you’ve learned some secret to friendship I haven’t, or perhaps it’s just lonely people who are attracted to Christianity. Either way, I’m sceptical that the poor, abused woman in Robbins’ documentary, who so desperately needed real and redeeming hope in her life, will ever find that in herself or in other people. We need more than frail and broken humans to be fixed: we need a God who steps into our brokenness and mends us completely. 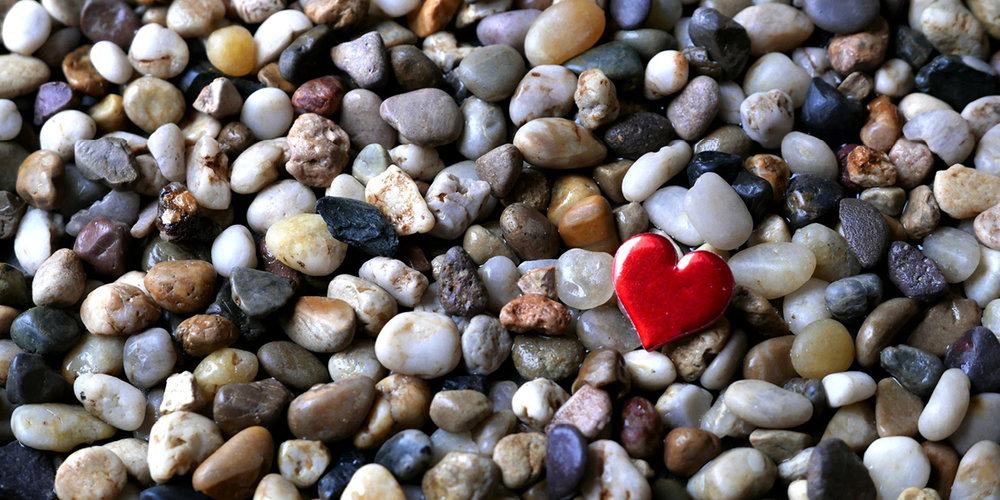 Do your Valentine's Days end in disappointment, tears and the occasional kebab? Me too, mate. How on earth can a desperate singleton survive in a world obsessed with romance and relationships? 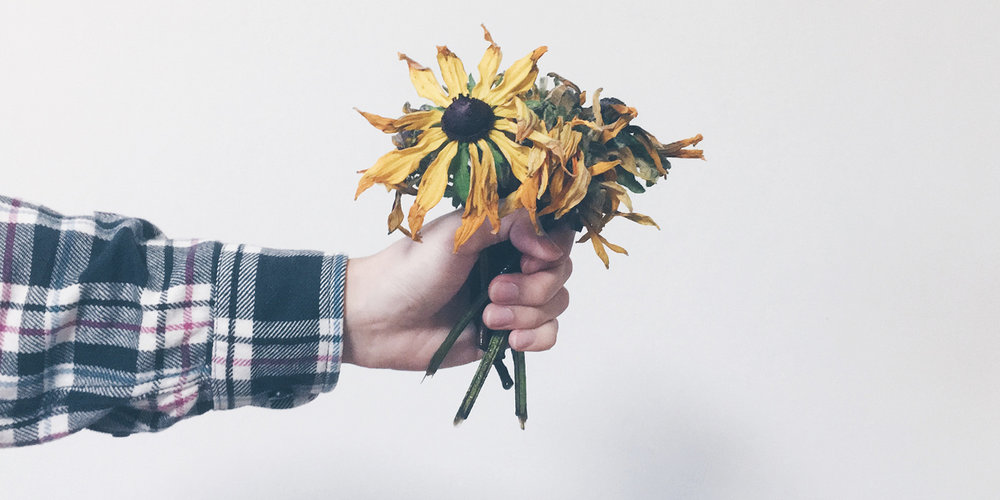 Let’s be honest be with ourselves. Valentines day sucks. But why does it continue to be so popular? Love is the essential human need. But it won’t be satisfied through a romantic relationship alone. You were made for more. 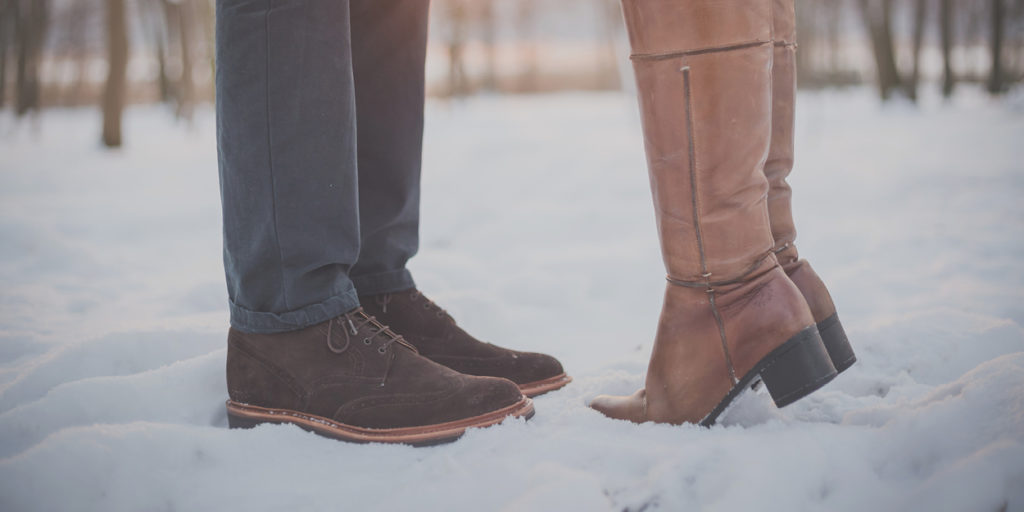 All we need is love: but whose?

Is my desire to be romantically pursued problematic? For years, popular culture fed us the story that finding Mr Right would make us happy, now they’re telling me that self-love is all I need. I’m not so sure either will do the job.