The myth of the freethinking atheist

Somehow we have come to attach the idea of ‘freedom’, and particularly freedom of thought, to atheism. Religious people are shackled to ideas that exert power of them, almost as though they are helpless victims. But the atheist is free because nobody’s gonna tell him what to believe or do.

One of the greatest myths we live with in day-to-day life is the illusion of freethinking. For one thing, there’s the fact that most atheists do not arrive at that conclusion independently, but rather through a sequence of influences, books, ideas, often imbibed unconsciously; which is not all that different from how we arrive at religious conclusions. In other words, the so-called freethinking atheist would likely hold to some other belief system if raised in some other age or in some other place. You’re not as free as you think. You’re just as much a product of your time and circumstance as any religious devotee.

But freethinking is still more illusive than that. Scratch beneath the surface of ordinary life and you discover a surprising truth, which is that we’re all driven by religious impulses all of the time, especially the impulse to worship. This was never more aptly put than by the late David Foster Wallace in his famous speech, This Is Water:

Because here’s something else that’s weird but true: in the day-to day trenches of adult life, there is actually no such thing as atheism. There is no such thing as not worshipping. Everybody worships. The only choice we get is what to worship. And the compelling reason for maybe choosing some sort of god or spiritual-type thing to worship… is that pretty much anything else you worship will eat you alive. [1]

Most of us won’t accept this on the basis that we have a pretty narrow view of what worship means – perhaps singing, definitely involving a higher power, and probably some elaborate rituals. But really, worship is much more basic and ordinary than that: it’s allowing something in your life to become in some way ultimate. When something becomes the underlying driver, motivation, goal, passion of your life, then that’s what you worship. That’s what Wallace meant, anyway, and that’s why most of the stuff we worship will ‘eat you alive’.

If you worship money and things, if they are where you tap real meaning in life, then you will never have enough, never feel you have enough… Worship your body and beauty and sexual allure and you will always feel ugly. And when time and age start showing, you will die a million deaths before they finally grieve you… Worship power, you will end up feeling weak and afraid, and you will need ever more power over others to numb you to your own fear. Worship your intellect, being seen as smart, you will end up feeling stupid, a fraud, always on the verge of being found out.

All of this rings true. Whatever you want so much in life that to have it would be heaven, and to not have it would be hell – that is your god, and that god exerts control over you. If worship can be directed at all these ordinary pursuits and passions – money, the body, power, intellect – then it doesn’t take much thought before you start to see a place like London through new eyes. There are temples of worship everywhere, and devout worshippers scurry through life offering their sacrifices on the altars to their particular gods. And, yes, these gods eat us up. Every one of us has tales of the damage we have caused ourselves through our uncontrollable desires and ambitions.

The most sobering aspect of all this is that so little of it is voluntary:

But the insidious thing about these forms of worship is not that they’re evil or sinful, it’s that they’re unconscious. They are default settings.

So, even if we like to think of ourselves as rational creatures, led by logic and evidence, most of the time the very opposite is true: we are led by the hidden drivers of the heart. [2] We are compelled by motives we can’t fully understand, in search of goals we can’t fully articulate, in hope of dreams we can’t fully express.

Our humanity does not flourish in a spiritual vacuum when worship of something is so deeply hardwired into us. Without a sense of the greatness of the God who is over us we end up worshipping the material world under us. And that experience of being consumed and ruled by those lesser idols can awaken an awareness that running from God does not lead to freedom.

When you realise this you can begin to make sense of the impulse toward faith. Those who grow sick and tired of the endless pursuit of meaningless desires – who find that they are actually enslaved by their worship of money and intellect and sex and power – may at some point yearn for a different kind of worship, and may instead turn to God. To do so is not to surrender your reason, or engage in an act of mindless obeyance to some form of empty tradition, but rather to begin to be honest with yourself in recognizing that you are not as free as you think you are.

[1] This Is Water, by David Foster Wallace, accessible all over the internet[2] See The Righteous Mind, by Jonathan Haidt 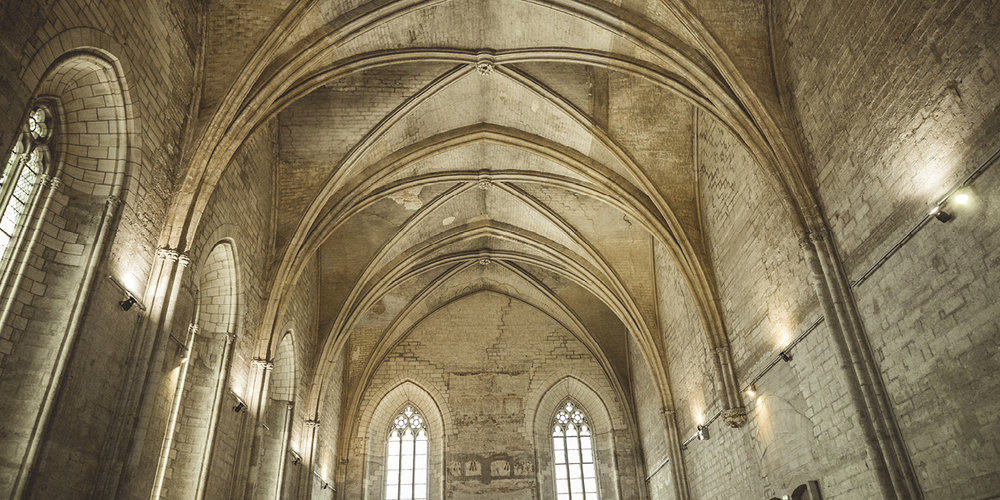 When an atheist professor says religion ‘brings out the best in people’, you should probably listen…

In our world of echo-chambers, it's not often you'll hear people commending something they don't agree with.

Dawkins and the meaning of life

How can life possibly have meaning when we’re just an accident of chemistry + physics + who-knows-what? Dawkins gave his answer, and it’s fascinating.

The modern myth of open-mindedness

The very same attitude that makes us first to cry, ‘That’s neither fair nor true, because it’s just a social construct!’ is itself a social construction, a product of specific cultural conditioning. Relativism cancels itself out. Still, we often assume present norms are innately right because we’re entrenched; we haven’t known any other reality. It’s an easy trap to fall into, but the spell breaks when we realise the norm itself is always shifting.