‘Take back control’: how the words of Brexit go much deeper than we think

Take back control. These three simple words are key to understanding why the majority support Brexit. They successfully tap into one of the most intrinsic human drivers: we all want to be in control. 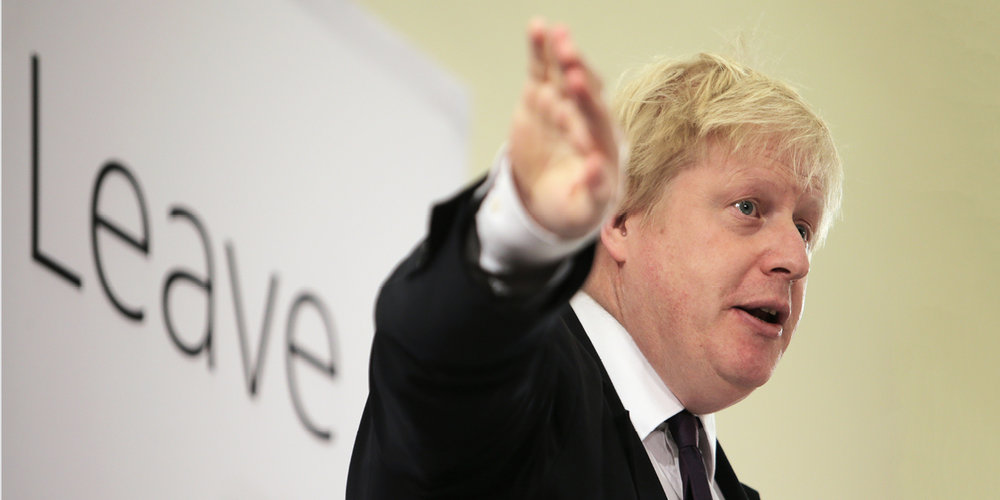 Today marks the next instalment in the national soap opera of Brexit negotiations. We’ve reached another crunch summit. It’s squeaky bum time, as the nation awaits, not to see if we can finally win at penalties (we can, hurrah!), but to find out whether Theresa May’s cabinet can ever agree a coherent negotiating strategy without Boris Johnson resigning.

As we’ve watched this debate rumble on for more than two years, one argument has remained constant: the Brexiteer rallying cry ‘take back control’. The idea that we (and not the bloated Brussels bureaucracy) will be in control of our tariffs, borders and who knows what else remains the ultimate goal according to the Brexiteer worldview.

When historians look back at Brexit, I’m convinced these three simple words will be the key to explaining the persistence of majority support for Brexit, despite the mounting economic evidence against it [1]. The argument for self-determination seems obvious. Vote Leave managed to successfully tap into one of the most intrinsic human drivers: we all want to be in control.

I’ve worked in London for nearly a decade and a number of organisations I’ve been part of have fractured over this issue. Whether it’s teams impinging on the remit of other teams, turf wars over projects, corporate centres being blamed for overreaching, central teams fighting regional teams—everyone wants control.

Why do we seek control? In 2016, journalist Julie Beck published a piece in The Atlantic drawing on a number of psychological studies analysing this human desire. Interestingly the studies all showed that we value being in charge not because we want to control other people’s lives, but because we desire freedom over our own circumstances. In a series of different experiments, researchers found that ‘autonomy quenches the desire for additional power—but influence does not.’ [2]

I think part of the reason we value autonomy is that we’ve lost faith in the institutions that were previously in authority over us. We don’t trust them anymore. As Pamela Paxton, Sociology Professor, argues:

‘For 40 years—the years of Vietnam, Watergate, junk bonds, Monica Lewinsky, Enron, the Catholic Church sex scandals, and the Iraq war—our trust in each other has been dropping steadily, while trust in many institutions has been seriously shaken in response to scandals.’ [3]

I’m sure we could all come up with a list of analogous trust-breaking disasters for the UK.

Actually, it goes further than not trusting our institutions. I wonder whether we even trust those closest to us. Given that friends routinely flake out (that late night text cancelling tomorrow’s plans because ‘I just need an evening in’), nearly one in three relationships is affected by infidelity [4] or that 42% of marriages end in divorce [5], is it any wonder that we don’t trust anyone else to have control of our lives? If you can’t trust those closest to you, who can you trust?

I think this is why helplessness feels so undesirable to us. When you can’t change your own circumstances, you’re relying on the kindness of others. And given the collective performance of humanity so far, it’s understandable that you’re not willing to put yourself into others’ hands.

But does our desire for control actually lead to more satisfaction? I wonder whether we’ve over-valued this power in our lives.

Control is a mirage. It promises happiness but delivers anxiety. We prize control, but once we have it we’re not sure what to do with it. My (millennial) generation finds itself with much greater freedom than previous generations, but no controlling meta-narrative and no overarching vision of what’s important in order to navigate these newfound choices. And so we’re the ‘existential crisis’ generation, forever wondering whether we’ve made the right decisions, asking ourselves whether we’re in the best job, best relationship, live in the best place or whether we’re fighting for the right cause. In many ways it’s like Brexit. We voted to take control, but now we’re still struggling to figure out what we actually want.

Might I suggest that there could be another way to view our autonomy? What if there was a loving God who might know just a bit more than us about how to be happy? What if we could trust in a person who was willing to sacrifice his life for us because of this love and showed us that actually putting our hope in him would lead to the satisfaction we so desperately crave? We don’t know what to do with our autonomy because we weren’t made to be autonomous: we were designed to put our trust in someone and to follow something. We need guidance and we need relationship. If we can’t trust Jesus with our lives, a man who lived a perfect and blameless life, demonstrated his perfect wisdom and divine power through incredible miracles, even changing the course of history forever, who can we trust? Let’s not take back control, let’s surrender control. We eventually have to admit that we don’t know it all and can’t do it all ourselves.