It’s not that I don’t love it — enviously eyeing my friends guzzling mimosas in the South African sunshine, whilst in London, a school child sneezes into my face on the miserable rainy commute to work.

I do love social media, and that’s the problem: I understand many of its pitfalls and yet keep crawling back after a short season off.

Whilst some have (from time to time) optimistically called me a grown up, in reality my behaviour here has more in common with a child sitting in front of a diabetes-inducing tin of Quality Street at Christmas. We all know that only too soon the tin will be empty, and the vomitus plentiful.

I lack control in this area, and I’m sure I’m not the only one. But why would I even want to quit? In the seasonal spirit of click-bait I thought I’d provide 8 reasons to quit social media. See if you feel like quitting by the end.

As your parents may have told you, we need to eat regular balanced meals or we’ll end up with scurvy.

Social media provides small bitesize chunks of information that are easy to swallow, but rarely provide substance — and are potentially deeply unhealthy for you. A 140 character doughnut, if you will. Moreover, it’s hard to distinguish truth from fiction – there’s no regulation, no green or red labels telling you the fat or sugar content, only a continuous stream of moreish — but unfiltered — information.

It might be difficult to imagine a world before Instagram, but in reality it’s only 9 years old. Twitter is a spotty-faced 13. Facebook is a troublesome brat that was never told ‘no’. We don’t yet know what they are capable of. But as with a child growing towards adulthood, some of their character is revealed from an early age — and some of what we see clearly needs steering or correction.

Some have suggested there are significant mental health implications for the smartphone generation, but I suspect we’re only just starting to glimpse the scale of the costs.

3. You are being manipulated

Whilst arguably not evil per-se, the social networks are run by corporations who have shareholders to please and capital to raise. Money is the air they breathe.

In order to capitalise on your attention, they’ve applied relatively simple Pavlovian science – programming our brains to expect a ‘treat’ when we open the app. The big social networks share features along these lines. Infinity loops — swipe and more content will load for you, forever; and dopamine-inducing notifications — think of the little red dot on Facebook, or the heart on Instagram.

In other words, you want to return and it’s difficult to leave. And that’s exactly how they designed it.

4. Your data is for sale

It’s easy to become apathetic about our privacy these days: after all, Facebook has almost certainly already sold your data. Google managed to buy the medical records of 50 million Americans without the patients or doctors knowing about it. WhatsApp accidentally left 1.5 billion phones open to hackers (emails, photos, everything) back in March. Whoopsies.

These platforms can hold some of your most vital information, but act so irresponsibly with that data that it’s simply astonishing.

After I deleted Instagram the first time I felt irritable, and would scroll through my phone looking for something to land on (once social media was gone, the next infinity loop for me became email).

It turns out there’s a name for this: Compulsive Internet Use (CIU). Here, withdrawal from the internet (or an app in this case), can cause symptoms ranging from restlessness to depression. It’s common, but you probably don’t know you have it until you try to cut it out.

On a personal level, sun-kissed Instagram posts all the year round contribute to a dissatisfaction as I begin to think of holidays I can’t afford.

On a societal level, these networks have been used to spread false information and sow discord across communities and countries, to suppress truth, broadcast atrocities and even to radicalise people.

7. It contributes towards loneliness

If we’re so well connected, why are we so lonely? As anyone who has lived in London for any amount of time will understand, there is a profound sensation of loneliness that occurs as a result of being surrounded by thousands of people every day, but having little interaction with any of them.

Life isn’t like Paddington — friendly strangers don’t approach with big smiles, marmalade cake and open homes, and if they do, it’s probably more likely you’re actually in Sweeney Todd and soon you’ll be a pie.

Social media gives the illusion of providing real relationships, but without the real life benefits: the feeling of being known and understood; the joy of laughing together; the comfort of being held by a friend when you’re suffering.

The average person spends 4 hours per day on their phone. It’s important to enjoy your leisure time, but realistically what is the net result of spending time on social media? You might be connecting up with an old friend, but an increase in Facebook enrolment has been associated with a marked increase in divorce, so maybe it’s better if you don’t even do that.

With all these genuine reasons not to use social media, why is it so hard to get off? And why do I feel so passionate about it?

Personally, I’ve found extended social media use can leave me feeling strangely empty. Although the apps are nice and shiny, the photos spectacular and the jokes amusing, I began to feel like I was sleep walking through life.

We’re wired for real relationships. We feel more fulfilled when we interact with people. We’re designed to be social creatures. Life is supposed to be exciting, full of real interaction, creativity, stories, actual laughter (not just lols). And to some extent, social media is robbing us of that.

Has any of this struck a chord with you? If so, I’d love you to watch this short video of my friend Natasha’s story — she struggled with a sense of meaninglessness in her life, but found that faith provided the meaning she was looking for.

Photo by Heather Ford on Unsplash 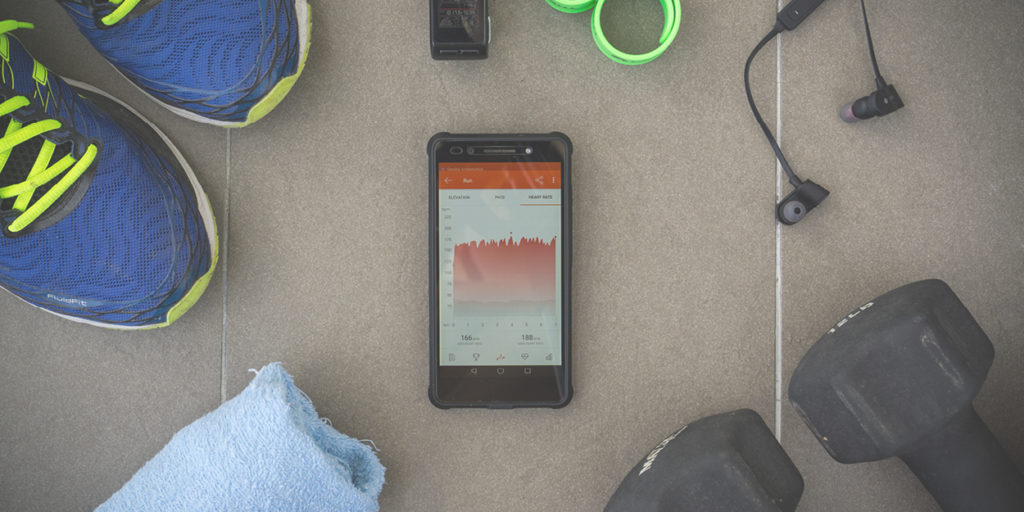 If it’s not on Strava, did you even run?

Having downloaded Strava, I felt compelled to always try to run as fast and far as I could. Simply because it was measured. But I soon found that – in life, not just in running – what I measured controlled me... 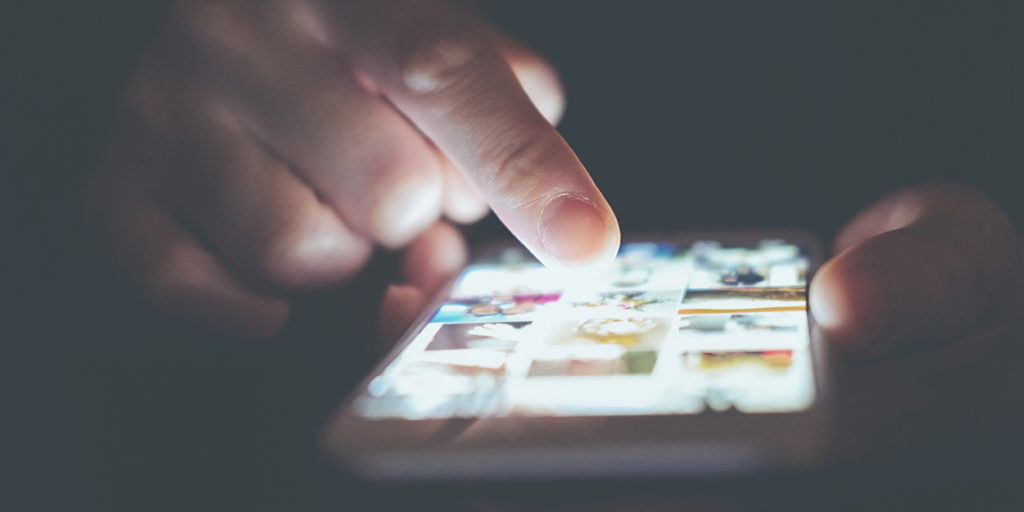 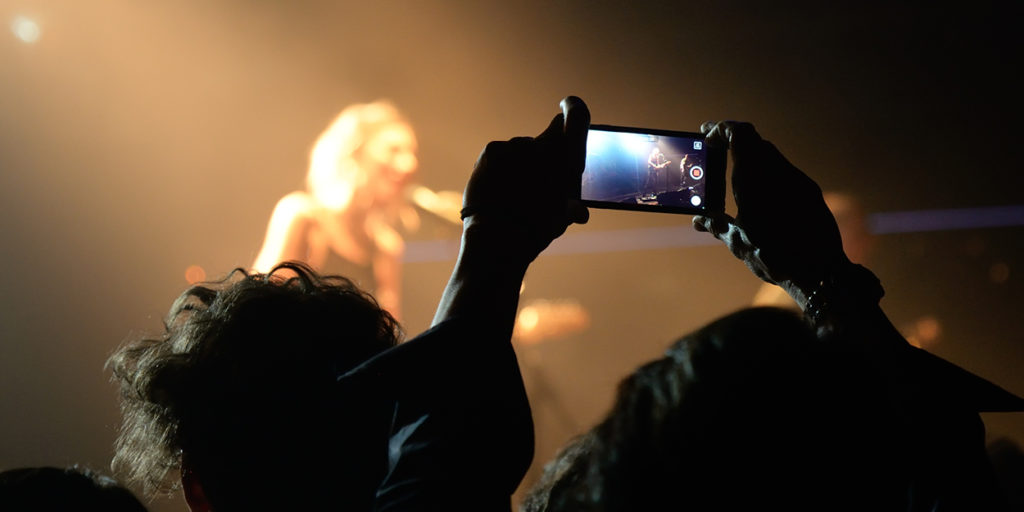 Let me entertain you

Why do we hate being bored so much? Why do we always try to fill the silence? In our productivity culture, resting is out of fashion, but perhaps our constant need to be entertained tells us something deeper about ourselves?