Who do you think you are?

Your sense of identity shapes how you act and how you view the world, so who do you think you are? 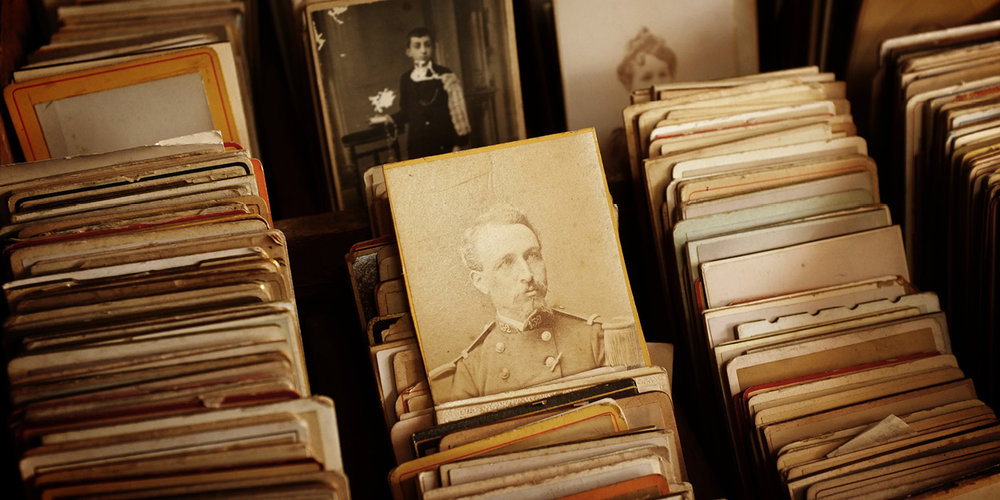 When I visit my parents, one of my favourite things to do is get down the boxes of old letters and photos from generations past. One pile is from my great-great-grandfather, Thomas, to his wife and young children in the 1870s, when he used to take his older sons to the seaside each summer for their health.

Another packet is from Thomas’ father, Robert, written fifty years earlier when he left his family in Scotland to seek work in London. He found it, working as a blacksmith building St Katherine’s Docks. Nearly two centuries later, I feel a thrill of pride as I look at each bollard, railing or other piece of ironwork that he might have made.

Both these men at some point lived less than a mile from my current home in Kennington (Robert died in the workhouse that used to stand on Black Prince Road). My great-great-grandparents on the other side of the family did too, and my grandmother was born in the old Lambeth hospital. I love the sense of completion, that after all these years I’ve returned to at least some of my roots. It’s amazing to think that I’m walking in the footsteps of my ancestors, seeing sights they saw and sights they could never have dreamed of, hearing church bells that chimed the hours of their lives, and a drone of helicopters that would likely terrify them.

Knowing my family history has shaped both how I see London and how I see myself, because we are all deeply formed by who we understand ourselves to be.

Did you catch the episode of Who do you think you are? with EastEnders’ Danny Dyer before Christmas? In it, Danny, rough, tough, cockney boy from what he described as ‘the slums’ of the East End, learned that he was descended from Thomas Cromwell. He felt a sense of connection with Cromwell as he discovered that he too had been raised in poverty but had risen to the dizzy heights of right-hand man to King Henry VIII. Dyer hasn’t come quite that far, but has clawed his way up to success in his chosen field. He was stunned. ‘I think it’s going to change me as a human being,’ he told the historian. ‘It’s certainly going to give me more confidence’.

Who do you think you are? You can take that question at lots of levels. Whether that’s on a micro level, such as your abilities, skills and experiences, or on the grander scale of your gender, race or creed, who you believe you are will be evident in how you live and act.  Maybe you’re the smart one, the funny one, the good-looking one. Perhaps you’re successful or hard-working. Or maybe you’re a victim, unloved, an outsider.

Those words and identities you’ve had spoken over you, and have said about yourself, almost certainly shape just about everything in your life. They affect relationships and job prospects, they can damage your health or make you stronger. The ways they play out are different for everyone, but they matter.

This is true of who we think we are on a cosmic or spiritual level, too. As a Christian, I believe that I was created — deliberately — by a loving, powerful God. I believe this on a micro level — that he oversaw which sperm would fertilise which egg at which time — and on a macro one, that he created the entire universe and everything in it. I believe that he made humans as a special species, sharing some of his characteristics. I believe he had a design and a plan, and that from the beginning of time he knew I would be part of it.

That belief profoundly influences who I understand myself to be and what I think my life is about. Add to that the fact that God calls himself my Father, and I have a deep sense of security, love and purpose.

Thomas Cromwell wasn’t Danny Dyer’s only famous ancestor. Following another branch of his family tree, the researchers traced his line all the way back to King Edward III.

To say Danny was gobsmacked would be an understatement.

Can I just have a moment? I need a moment… A kid from Canning Town, and this is my blood line. … It’s laughable … it’s ridiculous. To think somebody of my stature, somebody from absolutely nothing… and actually my blood is his blood… I can’t compute it in my brain. This man is related to me. This wonderful, powerful man.

That’s what it feels like when you become part of God’s family. It’s astounding. It’s life-changing.

What do you believe about human life, and your life on that macro level? Have you ever really thought about it? If you believe you’re the product of random chance in a universe that has no design or purpose, where do you get a sense of meaning in life? It seems to me that it can only be from temporal, contingent things, like your success, popularity or position.

If, however, you believe you were deliberately created — formed and shaped by someone who knew and loved you — what difference would that make to your life?