There are many ways in which the gender divide still wounds women: from unequal pay to the prohibitive cost of childcare, from unshatterable glass ceilings to unrealistic expectations of beauty, performance and achievement. We may say we value women equally, but in reality there are still many disparities to be overcome, both practically and in our own thought processes. So, how can I know who I am as a woman? Is there a rest from this treadmill? 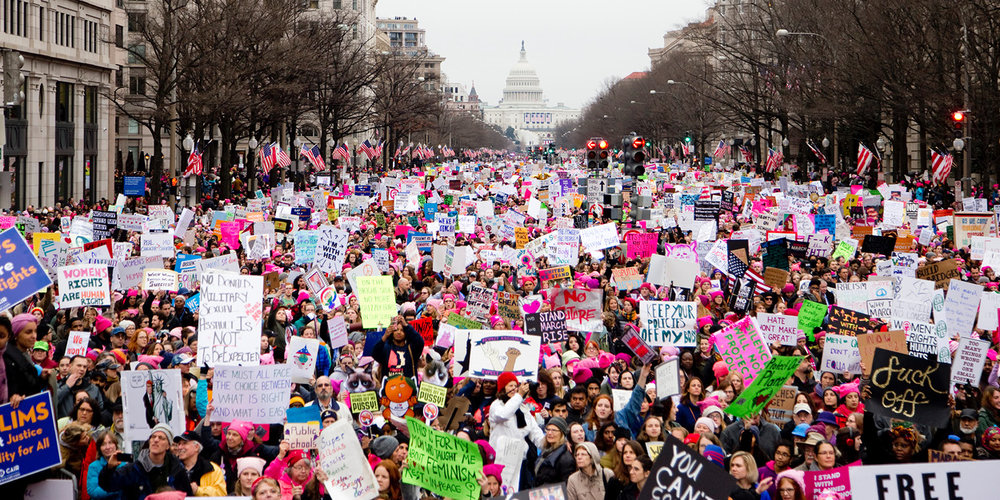 It was comments like this that started it: a growing understanding that throughout history, women have been considered second-class citizens of this world we share. In the Himalayan society in which I grew up, my value as a woman was considered so much lower than that of a man that there was no sense in even counting us as persons. It was believed women would never grow up to bring their parents any lasting benefit and would forever be a burden, first on their own family and then on their in-laws, should they be fortunate enough to be granted those. The most women could hope to achieve was an advantageous marriage and to bear children, preferably boys.

In contrast, my parents instilled in my sisters and me a sense of parity with men and a great strength and dignity in being a woman. I never felt I couldn’t achieve, or do, or be anything simply because I was a woman, and for this I am deeply grateful.

Even though we may have moved a long way from that in the West, there are many ways in which the gender divide still wounds women: from unequal pay to the prohibitive cost of childcare, from unshatterable glass ceilings to unrealistic expectations of beauty, performance, and achievement. We may say we value women equally, but in reality there are still many disparities to be overcome, both practically and in our own thought processes. ‘Legs-it’ was just the tip of the iceberg.

As a young mum, having partially ‘given up’ a career in the law to raise a daughter of my own, working where I can outside of the home to help pay the bills and stay current in my profession, I have wrestled with these age-old questions: Can I really be fulfilled working only part-time, or even not working for a while? What do I do with the feelings of guilt that I would sometimes rather be at work than at home with my child? Am I letting the side down by making these choices?

Women in the West, while presented with freedoms and opportunities our sisters elsewhere are not, have also become accustomed to being held up to the standards of ‘the perfect man’, while at the same time expected to perform as an everyday Wonderwoman. It’s no new argument that the feminist gains have often had the unintentional consequence of ‘rewarding’ women with double the duties than before. Those who would choose for themselves a more traditional role are now shunned for doing so, and many women find themselves unable to meet the demands of the modern expectations put upon them.

So, how can I know who I am as a woman? Is there a rest from this treadmill? Many would argue that out-dated religious ideas have done much damage to the cause of women, and while I would not entirely disagree with them, I have found that a closer look at Christianity in particular reveals, at its core, great honour for women. In the beginning, the Bible tells us, the creator God wasn’t content with a world in which there were only men, and designed women to complete his perfect construction. Both men and women were designed to show something of God’s character and being (men alone could not do this) and God loves the richness that brings [1].

What’s more, Jesus was not a Trumpian man-boy using locker room talk to degrade women behind their backs. In fact, the Bible tells us he never even had a lustful or arrogant thought about a woman. Jesus had no contempt for women. He took time to listen to and talk with women and was entirely above reproach in relating to them. He trusted women to be the first people to see him alive after his resurrection in a culture in which women were not considered reliable legal witnesses. He also showed the greatest care for the women most despised by that society: the sick, the untouchables, the poor, the bereaved, the promiscuous, the sex workers and the single-mums.

Another Biblical writer, Paul, exhorted Christian men to view women with honour and equality, saying: ‘As women they lack some of your advantages. But in the new life of God’s grace, you’re equals’ [2]. As I have come to understand more and more my identity as a woman — loved and infinitely valued by the God in whose image I have been made — I feel enabled to achieve wonderfully important things. Yet, at the same time, I know that I do not need to achieve anything in order to maintain my worth. My inherent value is no less because I am a woman. The Biblical worldview doesn’t dismiss me as ‘just’ a woman, nor does it deny the strengths of womanhood by holding me up against the standards of men and telling me I’m falling short; it celebrates women for being women. When confident in this identity, we can face and challenge continued injustices from a position of security, knowing that what God has to offer women (while not diminishing the great strides forward that have already been made) is more empowering than emancipation, more liberating than women’s lib and even more satisfying than suffrage.