What’s it all for?

What is it with our obsession with progress? And why doesn't it seem to make things any better? 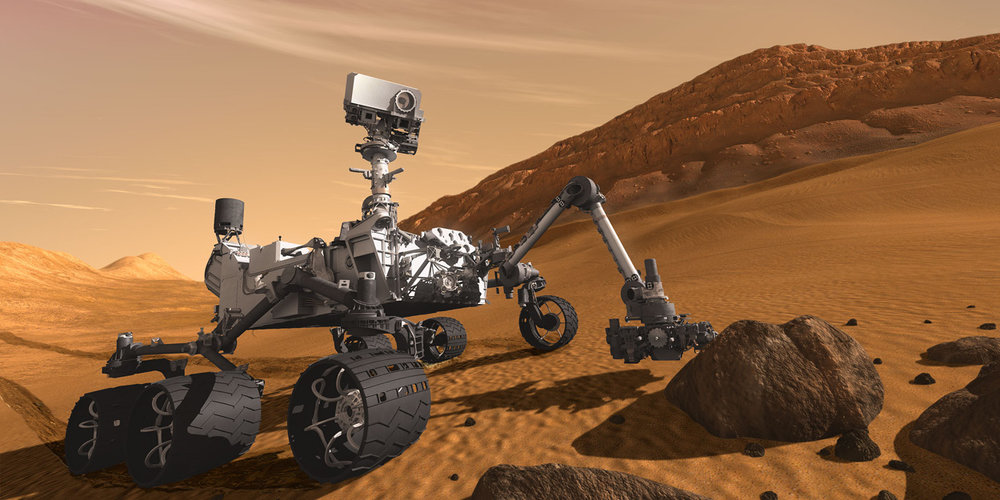 Why can’t they just leave things alone? No sooner have I got used to my phone/operating system/app, learned its foibles and figured out how to make it do what I want, than they ‘improve’ it and I have to start all over again. And it rarely seems as though the improvements actually improve anything anyway. My favourite features mysteriously disappear, the menus move, and the shortcuts I spent months learning no longer work. What is this obsession with making things ‘better’ all the time? It’s enough to drive you crazy!

We often see progress as a good in itself. As Sam Seaborn, in the TV show The West Wing, put it, when explaining why the US Government kept funding missions to Mars:

Because it’s next. For we came out of the cave, and we looked over the hill and we saw fire. And we crossed the ocean and we pioneered the West, and we took to the sky. The history of man is hung on the timeline of exploration and this is what’s next [1].

It’s an inspiring speech, but it reveals something I think is lacking in our drive for something more, bigger, better, further: a goal. What’s the endpoint? When will we know we’ve arrived? At the risk of sounding like a petulant five-year-old — are we nearly there yet?

It doesn’t help, of course, that no-one can agree on what the goal would be even if there was one. What would a perfect world look like? No disease, we can probably all agree on that. No war. What else? Most of us would probably say ‘no slavery or exploitation’ and ‘a flourishing natural world’, too, yet we also want ease, comfort and convenience, with gadgets and gizmos helping us travel further, communicate faster and achieve more in less time.

The reality is, though, that these things usually come at the cost of cheap labour and unsustainable bleeding of natural resources. In fact, it seems that every improvement we make has an (un)equal and opposite negative consequence: we split the atom — a huge intellectual advance that also enabled us to annihilate more people more quickly than ever before; we invented robots — faster, stronger, and better able to perform dull but exacting tasks than us, and created huge unemployment for manual workers; we developed plastics — flexible, long-lasting, resilient products, that end up starving fish and strangling birds.

If we ever do manage to colonise Mars, how will we decide the rules for living on it? How will we create the utopia we seem to imagine it will be without causing the same destruction we have wreaked on the earth? You’d think that with a blank slate we ought to have no problem, but that doesn’t take into account the fact that people, with their own personalities, quirks and foibles will be part of enacting the plan. Anyone who thinks that this wouldn’t be an issue has clearly never lived in a shared house or family. Should dirty dishes be left in the sink or on the side, or washed up immediately? Whose turn is it to buy the milk? How full does the bin need to be before someone empties it? If we can’t agree on how to run a domestic kitchen, how will we ever come to unity around how to run the world?

You see, I think we have two main problems. The first, as I’ve suggested, is that we have no agreed vision for what human flourishing really looks like. What is the good life? What would utopia look like?

The other is that even if we could agree on that vision, we’re all too selfish to really pursue it. I include myself in that, too. I’ve heard that certain huge corporations don’t pay the taxes they should and treat their employees abominably, but when those corporations offer me a great deal on the goods and services I want, I am hugely tempted to accept — and often do. My practices simply don’t live up to my principles much of the time. I prefer my convenience and my financial comfort over the wellbeing of others.

Our pursuit of progress is an attempt to use an external process to solve an internal problem. We’re hoping that if we can reach the zenith of human achievement, then everything will be alright, but that doesn’t account for the fact that we will still be there. My internal faults have external effects on those I live and interact with, and no technological progress is going to fix that. The problem is in me, in us.

We need a transformation from the inside out. Only one person has ever promised to provide it — and delivered. That person is Jesus Christ. He doesn’t tantalise with an offer of a slightly improved life that will need upgrading again in 18 months’ time, but came to give us ‘life in all its fullness’ [2]. He offers total transformation — the ultimate life upgrade here and now, with the power to overcome our selfishness and other faults, and the promise of life in the perfect world to come.