Whitney Houston was shot from small-town obscurity to worldwide fame, all apparently on a ticket to self-dependence. However, after years of abusive relationships, drugs and a failing voice she finally reached a point where she had to throw her hands up and admit that her methods weren’t working. What, or rather who, was she missing? 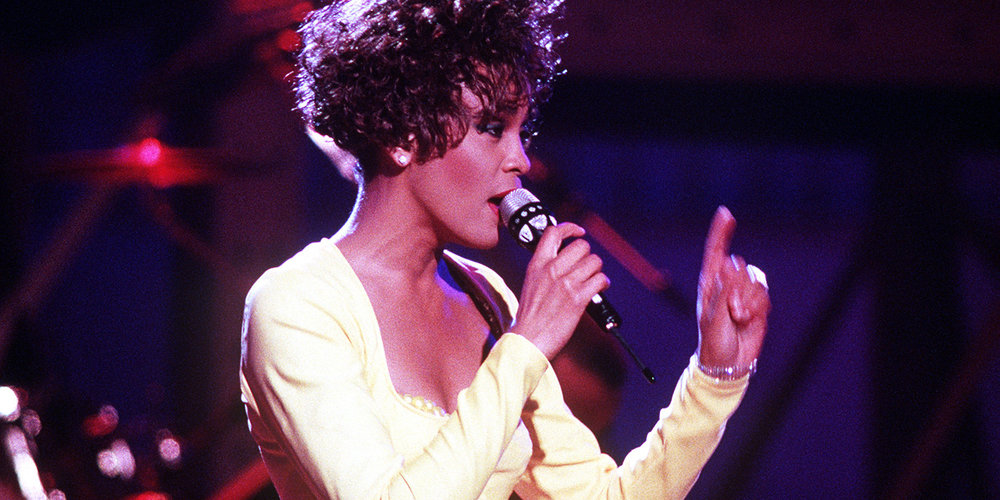 I was blasting out some Whitney Houston the other day, thinking over the highs and lows of that musical giant’s life, when I heard something I’d never noticed before in her lyrics. Two songs in particular stood out to me, one each from her first and last ever albums, bookends of her life in the limelight.

The first was Greatest Love of All. Featuring on her debut album in 1985, it shot her from the obscurity of small-town church singer to worldwide recognition and acclaim. The song speaks of her endeavours to enter the music industry and the obstacles she’d had to overcome. The original music video featured Whitney telling her younger self not to listen to the criticism of others but to believe in her own abilities and achievements. It was described by one music critic as Whitney’s ‘theme song for her own aggressive ambition’ [1]. In the song, she insisted that learning to love yourself was easy to achieve; all you needed was a sense of pride, some self-loving and to depend on no one but yourself:

Everybody’s searching for a hero; people need someone to look up to. I never found anyone who’d fulfil my needs: a lonely place to be, so I learned to depend on me.

She was right; there is no one on earth any of us can depend on the way we ought to be able to. It was only natural that she would think the greatest love available was her own. However, after nearly 25 years of abusive relationships, drugs, miscarriage, single motherhood and a failing voice she finally reached a point where she had to throw her hands up and admit that depending on herself wasn’t working either. Whitney had been searching within for the power to overcome all with that elusive self-love but it wasn’t there. In fact, she said in her famous 2002 interview that she was the biggest ‘devil’ in her own life [2]. If her greatest lover was herself, she was constantly letting herself down.

While her first album was designed to showcase her own achievements and self-worth (she even named it Whitney), her last album, I Look to You, was a total change of tune. Whitney had to be almost dragged out of semi-retirement to release the album. While Digital Spy described her at the time as ‘a lioness who’s rediscovered her pride’, in fact she had rediscovered her humility [3]. Despite opposition from her producers and advisers, Whitney was adamant I Look to You should be the album’s title song and debut single. She didn’t want to just follow the dance-pop musical trends of the time; she wanted to say something true, something real [4]. For her, it summed up what she’d learnt in her quarter-century of fame and she wanted the world to know it [5]. After years of striving and trying to do it in her own strength, she finally admitted she needed someone to love her better than any lover, friend, parent or child, better than she could herself. She knew that person was Jesus.

You may be thinking you have a lot less to deal with than Whitney did at times, that your support network is pretty strong, or that you’ve figured out a good way of making sure you’re looking after yourself. And yes, there are people who are able to make it all the way to the top seemingly under their own steam. However, although the accolades of the age tend to be awarded to the self-made man (or woman), if we’re honest while we may look up to such people in some regard, there can be something perverse about the self-dependence tendency. Donald Trump, for example, while his claims of being a self-made man might not stand up to scrutiny, has risen far further than many would have believed possible, and has been quick to congratulate himself on it. He chose for the first dance at his inauguration ball Sinatra’s My Way. Like Whitney’s first song it argues that humility would be a humiliation no ‘real’ man should ever contemplate. And yet there are few among us who would say Trump was a man to emulate.

Jesus, in contrast, shows us a better way to position ourselves and in return lavishes on us the greatest love of all. Though he, as creator of the world, would have had every right to think highly of himself, instead he chose to lay aside his rights, to take a humble position in order to serve us and to rely fully on God. Instead of making him a cowering pushover, that was actually what gave him his greatest strength and enabled him to withstand intense opposition and hardship with a power and a peace that any man would envy.

What if we were to come to that place? Not in defeat, but in simple recognition that our greatest strength lies in a humble reliance on God and in accepting the greatest love of all that he offers in return. If, like Whitney, we were to say to God, ‘Who on earth can I turn to: I look to you’.