The truth that you hide

When life is falling apart, what kind of hero do you need, and what might he ask of you in return? 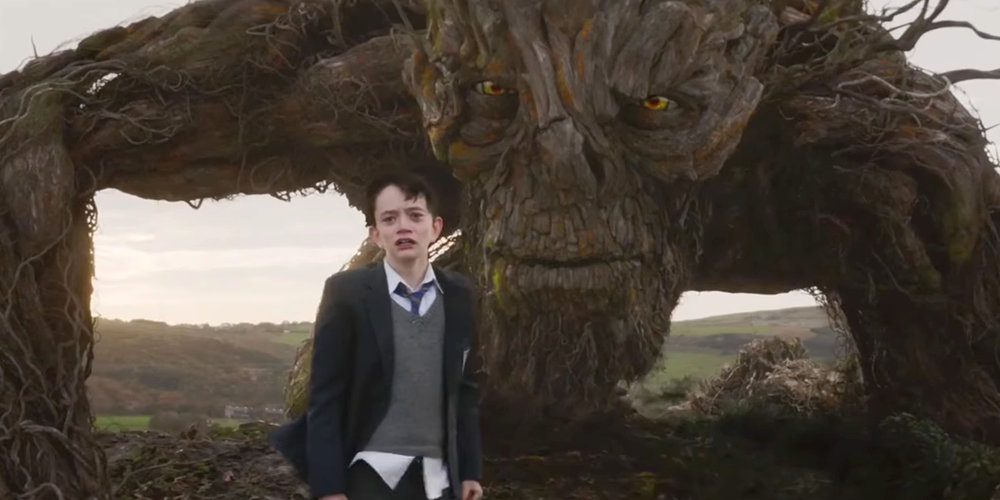 Conor’s mum is dying. Cancer. It’s dragging her relentlessly away from him. In his recurring nightmare, the earth is swallowing her up and he can’t keep hold of her. He jerks awake, panting and crying, and then, a monster comes calling.

This is the opening scene of the book and recent film A Monster Calls. I went to see the film because of a line in one of the trailers: ‘When all is lost, something wild will find you.’ I was caught by this idea that in the midst of our deepest traumas, fears, pain, and despair, we all cry out for something or someone to help.

In this case, the monster is the embodiment of the yew tree that Conor can see from his bedroom window, across on a nearby hillside, sheltering the church and graveyard where Conor’s nightmare takes place. The animation in the film is incredible, as the tree’s ancient trunk and branches creak and stretch and grow into a towering monster with eyes of fire. He is taller than the houses, taller by far than the church. His fingers snuff out streetlights, his feet kick aside walls like bits of brushwood. He is huge and terrifying. Yet he is also gentle, tender, and kind, and Conor soon discovers that the monster isn’t there to destroy him, but to save him.

The monster’s idea of what that ‘saving’ will look like stands in stark contrast to Conor’s, however: ‘I will tell you three stories…’ he says, much to the boy’s scorn. At thirteen, Conor feels too old for fairy stories, and what good would they do anyway? But it gets worse: ‘…and then you will tell me a fourth. Your truth, your nightmare will be your story. The truth that you dream; the truth that you hide’.

The first three stories seem like classic fairy tales, but each has a twist. The characters in them are not what they appear. The consequences Conor expects and demands are meted out on different people in different ways. Time and again it is revealed that the child has a limited perspective. The facts he is given, the actions he sees are not the full story. The monster — older, bigger, wiser, more powerful — can see the motivations of the characters’ hearts and the acts they commit in secret. As Conor learns more of the truth, his eyes are opened and, although he still doesn’t always understand, he does at least accept that there is justice at work; the monster’s decisions may not be predictable, but they are right.

That the author of A Monster Calls chose the yew tree as the embodiment of this monster turns out to be very deliberate. Yew trees grow for thousands of years. Their bark, leaves, sap, and berries, while deadly if misused, can also be medicinal — in ancient times the yew was known as one of the most powerful healing trees. They are often found in English graveyards, and have been seen, in religions around the world and throughout the ages, as symbols of eternal life and, in Christianity at least, of resurrection from the dead.

The monster seems to be a good representation of the kind of hero we long for when life is falling apart: powerful, wise, all-knowing, all-seeing, just, eternal (or at least possessing enough longevity to see a wider perspective), and perhaps even able to heal. And those are some of the characteristics of the God Christians worship.

But there’s one more thing, one we may not think of so often. Truth.

After the monster tells Conor his three stories, he demands a fourth. Conor must tell him his nightmare. He reluctantly does, but stops short of the whole truth, for he holds a secret so deep that he cannot bear to acknowledge it even to himself. But the monster insists, sometimes with the force of a storm, sometimes with the kindness of a whisper, but never letting up. This is the only solution. ‘The way to live,’ he says, ‘is to speak the truth, even though it may cost you everything’.

I won’t tell you Conor’s truth, because you really should read the book or watch the film, and I don’t want to spoil it for you. But suffice it to say that it’s only when Conor is completely honest that the monster is able to bring him healing.

In our post-truth, fake news, click-bait world this is a controversial idea, and yet it resonates through so many films and stories, where the conflict is caused by characters being afraid to admit the truth to each other or to themselves. Truth can be costly, and incredibly painful. Conor’s truth was so terrible that he was afraid it would actually kill him to speak it. Yet it didn’t. When spoken to an all-powerful but deeply-loving being, it brought life, hope, and healing.

The Bible says ‘the truth will set you free’ [1]. I don’t know what that looks like for you right now — whether, like Conor, it means confession of a secret that has been eating you up, or an honest examination of whether this God we speak of might really exist after all. It may cost you everything, but God’s promise to all of us is the same: the truth will set you free.