London is bleeding: how can we stop the knife crime epidemic?

Knife crime is soaring in London. Politicians seem to blame each other, but have no answers. Is there any hope for our city? 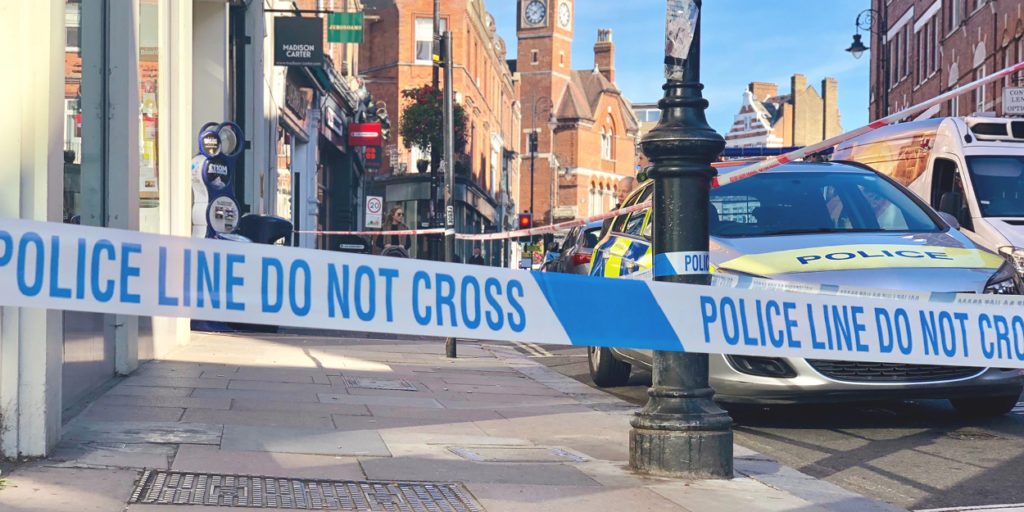 ‘Oh my word! Someone has been stabbed.’

The text came through to my phone from my girlfriend at 2:15pm on 15 August 2019.  On her journey home, she found herself walking past a nightmarish scene, as paramedics desperately fought to save a young man’s life.  Sadly, at 2.40pm, Solomon Small, aged just 18, was pronounced dead.

It has been reported that Solomon was not in a gang.  Instead, he was killed following a dispute over £10 owed by him to the offender. His life thrown away for a tenner; a heart breaking and shocking reflection of the value some Londoners place on life.  And yet, how many similar stories have you heard?

I grew up in London, but I’ve never known it this bad.

Violent crime is at a record high. So far this year, with just over 3 months to go, 109 people have been killed in the capital (including 16 teenagers). The statistics have become so high that the personal stories don’t cut through anymore. Young men, like Solomon Small, end up just being numbers in the murder statistics.

Most of us, as we hear endless reports of these violent deaths, have become callused to the horrors of knife crime, as well as becoming well versed in the causes.  Gang violence is a significant factor in the escalation of killings in the capital. We know the buzzwords: the ‘county-lines gangs’ and the ‘postcode wars’.  This familiarity de-personalises each tragedy.  Rather than imagining sons. brothers and fathers being killed, we picture faceless criminals dying the way they lived.  If we’re honest, the death of gangsters seems less sad; as if the victim’s life choices somehow make their death less tragic.

And yet, when we hear the personal stories of the victims of knife crime, the heart-breaking reality becomes unavoidable. Consider a stabbing in 2016, in which Lewis Elwin was killed as a result of a gang rivalry.  The cause of that rivalry? A dispute over a girlfriend 15 years earlier.

The knife crime epidemic is deeply personal and relational: killers and victims often know each other. These are not Hollywood villains, they are boys who have grown up in the same neighbourhoods, and have had similar life experiences.

How can we end it?

Our inevitable response to this knife crime emergency is to ask, ‘How do we end it?’

The debate is often fraught, as the communities suffering from these tragedies experience deep anger at the system.  Many don’t trust the police, and think that the Government does not care about the poor, or about ethnic minorities, in London.

However, one thing that seems to unite people is the belief that the Government will be key to any solution.  For instance, some think that more Government intervention is needed in the lives of those most at risk from knife crime: youth clubs need to be reopened and money put into schools and social services.

Others think that investment into the police needs to be increased, tougher punishments for crime implemented and effective stop-and-search protocols enacted.

Whilst all of these prescriptions may have some merit, it seems to me that this deeply relational problem cannot be solved by institutions alone. While Government certainly has a practical role to play, I think the problem requires a much deeper prescription: London needs hope.

Prominent rapper Kano, reflecting on why young men enter into lives of crime, puts it like this: ‘Gangsters are like superheroes to us, more chance of being them than a lawyer or [doctor].’

When viewed through this lens, you can start to understand why young people turn to gangs.  A conventional education or career seems beyond their grasp, whereas local gangs offer a real prospect of potentially escaping hardship and poverty.  Ultimately, these young people are driven by aspiration; a hope that status, wealth and security can be obtained.

Those not caught up in that environment often turn their noses up at the drivers pushing young people into gangs.   And yet, if we examine ourselves, we are all driven by the same desires.  In fact, those aspirations are seen as a positive for professionals in the City.  Driven men and women wholeheartedly pursue status, wealth and security through their careers. It is what drives them to sacrifice their family relationships and community ties – working all hours to obtain greater pay packets and impressive titles.

The bitter pill that we are all forced to swallow, whether pursuing a career or being part of a gang, is that status, wealth and security do not satisfy our yearnings.  When we reach the pinnacle, we find that we want more.

Hope can feel so elusive.  What hope can be offered to young men growing up in poverty in London, with no perceived path out, except through a life of crime?  Or where can you turn when you have achieved the status and wealth you coveted, only to find that the cost was too great and the rewards turn to ash?

True hope has to be more than a hope for status, wealth and security.  Those are fickle masters and will only disappoint.  When we realise this, and come to the end of ourselves, we find that we yearn for something else – for something greater.

Only one person can speak into the hopelessness that drives young people into crime.  In the Bible, Jesus says ‘Come to me, all you who are weary and burdened, and I will give you rest.’

Jesus offers us rest from our burdensome pursuit of status, wealth and security.  He offers us true hope.  He offers you the status of knowing you are a child of God, adopted into his family; the wealth of an unending and unchanging love, and the security of knowing that you are completely forgiven through his death, so that one day you will be free from any tears or pain.

How do we stop knife crime in London? Policy prescriptions just act as a plaster over a wound. Instead, we need to offer young people hope.  God says to those straining after hope, ‘I know the plans I have for you… plans to prosper you and not to harm you, to give you a hope and a future.’

This means that you can stop killing yourself for worldly status, wealth and security; instead you can reach out to Jesus, who died that we might truly have hope.