Is too much freedom making you miserable?

The story of the West over the past century has been a story of the fight for freedom. We have been part of an unstoppable campaign, with no obvious end in sight, and one single purpose: the freedom of the individual to create their own identity, live as they choose, and express that life to the full. Has this made us any happier? 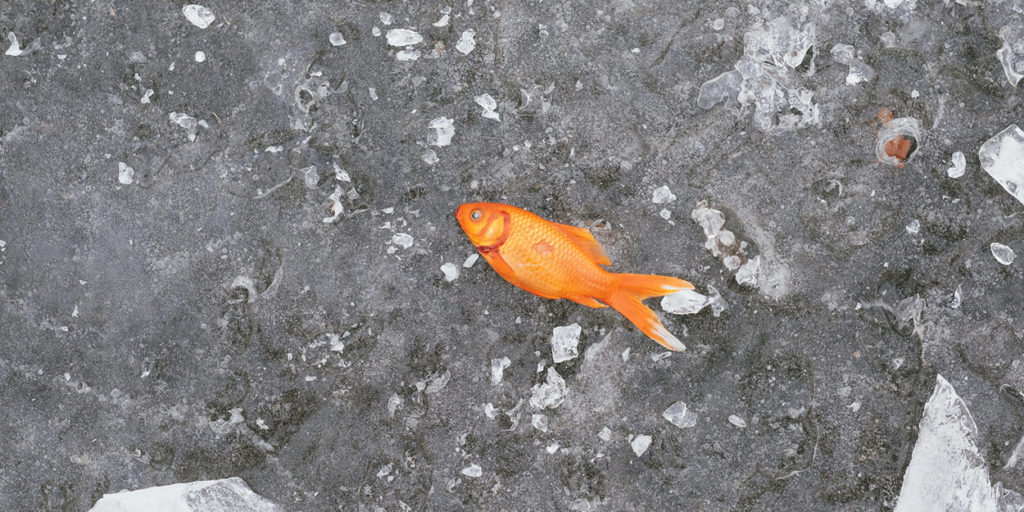 The story of the West over the past century has been a story of the fight for freedom. One generation fought for freedom against the rise of tyranny in Europe. Subsequent generations have fought for personal freedoms in just about every area of life – sex, identity, rights, politics, and so on. A huge part of this has been casting off the restraints of tradition and of religion. James Williams, describes this development like this:

For most of human history, when you were born you inherited an off-the-shelf package of religious and cultural constraints… The packages included habits, practices, rituals, social conventions, moral codes, and a myriad of other constraints… In the twentieth century the rise of secularism and modernism in the West occasioned the collapse – if not the jettisoning – of many of these off-the-shelf packages of constraints in the cause of the liberation of the individual. [1]

We have been part of an unstoppable campaign, with no obvious end in sight, and one single purpose: the freedom of the individual to create their own identity, live as they choose, and express that life to the full.

Yet, at the same time, we have grown more and more miserable, with dramatically lower levels of happiness and wellbeing, and a rapid rise in anxiety and depression. How can you explain that? I would argue that, while freedom from oppression is vital to human flourishing, it’s also quite clear that freedom as an absolute simply doesn’t work for three reasons.

First, freedom cannot operate without constraint. Everything we enjoy in life is enjoyable because there are constraints and boundaries. Sport only works because of rules. Society only functions because of laws. Trains need tracks. Fish need water. Language needs grammar. Humans need skin.

This is especially important when we think about morality. Moral boundaries make happiness possible. As much as we talk about the freedom of the individual to do as they please, to simply ‘do what makes you happy’, we all accept that without moral limits the world descends into anarchy. We abuse and hurt one another in the name of pleasure seeking. We self destruct.

So, even if you reject ancient moral codes as limiting and oppressive, preventing you from doing what you want, you simply cannot reject boundaries altogether. It’s impossible. Constraint of some form is inevitable and essential for any kind of experience of freedom. The only question is who gets to decide where those boundaries lie.

Arguably, the fact that we have no system outside of ourselves (such as religion) to establish certain givens is the reason we are so at war within ourselves, and at war with others. We’re all on the same pitch, but playing different games. There is no harmony, no beauty, no form, and ultimately, this lack of constraint – of someone saying, ‘This is right, and this is wrong’ – is one reason we are so confused and so miserable. The boundaries of moral constraints make us feel secure, and help us live at peace.

Second, unlimited freedom makes you miserable from an overload of choice. This is called the ‘paradox of choice’ – a well documented phenomenon – and it tells us that limitless options are paralysing, and that even when you do make a choice, you will question whether it was the right one, and that makes you less happy. For example, people prefer to shop at Lidl because they don’t have to experience the anxiety of choosing between hundreds of air fresheners, and dozens of ketchups. Studies have shown that if you give someone a choice between thirty chocolates, they are less likely to be happy with their choice than if you only offered them six options. [2]

This is clearly true when it comes to sex. People tend to believe that more experience and more sexual partners will lead to more satisfaction in the long term. It turns out the very opposite is true. Those who have had fewer sexual partners tend to report more satisfaction in marriage. Why? Because you’re not comparing your spouse with a mental library of experiences. You are content.

Consider the movement to abolish the gender binary of male and female. What is likely to be the result of authoritative voices, like the BBC, teaching children that there are over 100 different genders, and they need to figure all of this out for themselves? Will more choice make children happier, more carefree, and more secure? I doubt it.

Western society has engaged in vast social experimentation by smashing down old beliefs, customs, and traditions in the name of unfettered freedom and choice. But with that comes a host of unintended consequences, the downside of living in a world without certain beliefs as givens.

In speaking of this constant effort to reform the world, G.K. Chesterton famously used the analogy of a fence. If you come across a fence in a field, and you don’t know what it’s for, it would be stupid to smash that fence down for fear you might come face to face with a bull. Chesterton argues that an intelligent person will tell that reformer,

Sometimes tradition is wiser and more important than we know. Choice has been limited for a reason, and we would do well to understand that reason before we smash down the fence.

Third, limitless freedom leads to a new kind of oppression and slavery. In The Social Contract, the philosopher Jean-Jacques Rousseau put it like this: ‘To be driven by our appetites alone is slavery, while to obey a law that we have imposed on ourselves is freedom.’ [4] In other words, when there are no rules, you end up being a slave to your own desires and lusts. You have no means by which to renounce and conquer them.

Russell Brand has famously and candidly spoken about his own addictions, and his efforts to get free from them. He puts it like this:

It’s difficult to know for sure how things will develop as we continue to press the limits of personal liberty. I suspect there will be a counter-movement, and a resurgence of religion – perhaps of Christianity, or of some other ‘off-the-shelf package’, as Williams puts it.

This is certainly what I have witnessed in individuals. It is very common for people to grow up shunning all moral constraints, and then to grow quite sick of their new-found ‘freedom’ for all the reasons I’ve described above. They become more anxious, more uncertain, and more empty because of their slavery to their own desires. And at that point, they often experience a longing for spirituality, and even for God.

Photo by t j on Unsplash