Books and blogs are constantly offering us the seductive and powerful promise of a more productive life: the end of procrastination, frustration, and incompetence. But our hunger to find out the perfect productivity system reveals something more profound going on in our hearts. 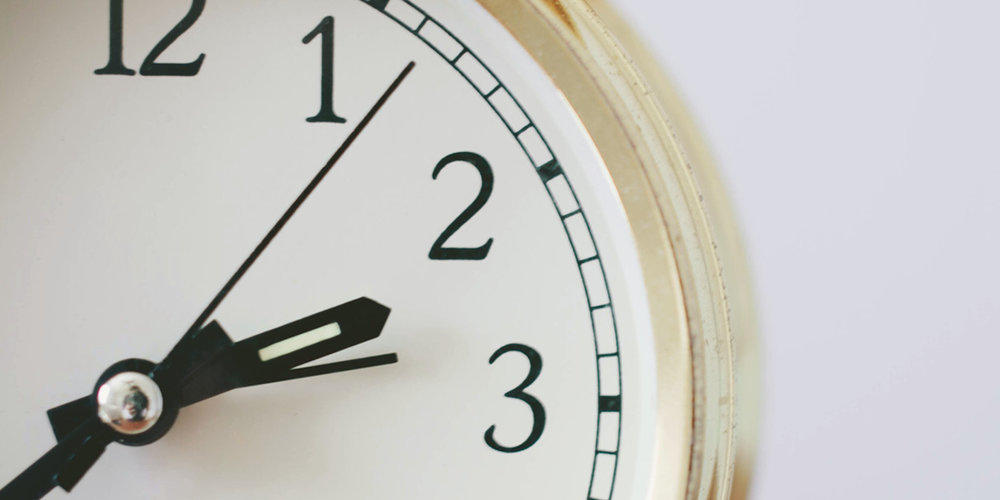 I confess that over the years I have been seduced into the world of productivity systems — those white-covered books written by self-appointed gurus, offered up as the latest breakthrough solution to our ineptitude and frustration with ourselves. Perhaps it’s my tendency to procrastinate and get distracted that makes me a sucker for shortcuts. But apparently, I’m not the only one.

The title of a recent article caught my eye: Why time management is ruining our lives [1]. Oliver Burkeman, writing for The Guardian, made gentle mockery of our growing obsession with productivity methods, and how silly it has all become. The article was interesting for two reasons: a story, and an insight.

First, the story. It concerned Merlin Mann, a forerunner of the time-management genre, who shot to fame after devising the notion of Inbox Zero — his method of decluttering your email account. After giving a presentation at Google in 2007, Mann became very popular, having ‘stumbled on a rich seam of societal anxiety’. His email system ‘was the Atkins diet for nerds: if you weren’t doing it yourself, you almost certainly knew someone who was.’

Mann got a book deal, but ironically, he failed to deliver. He came to realise that he was missing time with his family ‘typing bullshit that I hoped would please my book editor’. But he concluded that it was all a ‘productivity racket’ — a way of making money by distracting people from their work by getting them to read your stuff about how to do their work better.

I had not seen this whole genre as a racket before, but on reflection it obviously is. Most of the ideas and systems floating about are essentially common sense, repackaged with catchy titles and inflated promises.

Second, the insight. Why are we moderns so obsessed with being productive and efficient? No doubt it’s partly explained by the vague anxiety we feel when engaged in so-called ‘knowledge work’ which we cannot easily quantify; work that is somewhat ethereal, measured by emails and meetings and spreadsheets. It can produce a gnawing sense that you haven’t done enough, that time is slipping away from you and your life is not amounting to very much. But Burkeman offered up another explanation that I found striking:

At the very bottom of our anxious urge to manage time better… it’s not hard to discern a familiar motive: the fear of death.

Your life needs to count. That is the angst of our age. Burkeman shows us that the ‘modern zeal for productivity’ preaches to us:

If only we could find the right techniques and apply enough self-discipline… we could know that we were fitting everything important in, and could feel happy at last… To die with the sense of nothing left undone: it’s nothing less than the promise of immortality by other means.

But immortality has always been a religious notion, so what changed? The answer must be that in a secular age at some level work has replaced worship. Work has become our religion. The consequence is that all of the meaning we once found in a longing for eternity we now place on the creaking structures of vocation, ambition, and achievement.

Instead of seeking peace through knowing God, we seek calm through zen-like control of our time. If the religious view of life is as preparation for after-life, in an increasingly unspiritual age work is your one shot at making your brief life count. Worship is a life lived in service of Someone greater, but we now live in service to our personal dreams and ambitions. Instead of feeling guilt about breaking God’s commands, we now feel guilty about checking social media too often on the job or missing a deadline. While community can be found among like-minded worshippers in church, most of us seek out networks who will help propel us forwards in influence and success, each person clambering over the other. To be productive is to be devout.

But while work is good and necessary, it was never meant to bear this weight. It was never designed to justify our existence or to give life some kind of eternal significance. Simply put, work cannot make us immortal.

If our anxious hankering for fulfilment by achievement is truly a symptom of a deep unease in the face of oblivion, then the fundamental promise of knowing God remains intensely relevant today, in particular, the prospect of life beyond death.

The danger, of course, is that we never pause to really consider why we’re working so hard in the first place. Work is so all-consuming, and offers so many rewards — like promotion, recognition, and wealth — that it is all too easy to submit to the climate of a work-obsessed city. Very few take the time to dig deep into their own souls and ask whether the meaning they crave is at the end of the journey they’re on. As humans, we are:

…a whole race perpetually in pursuit of the rainbow’s end, never honest, nor kind, nor happy now, but always using as mere fuel wherewith to heap the altar of the future every real gift which is offered them in the Present. [2]

The most important gift on offer in the Present is freedom — from anxious work, from rainbow-chasing, and from the fear of death. And if one thing is for certain, it is that you cannot find something so precious and so rare as freedom by scouring the latest books and blogs on efficient work methods. You must go to an altogether deeper source of wisdom that is concerned with matters more weighty than your inbox, and more permanent than your productivity.