Sometimes the deepest truths are most transparent in fairy tales and fantasy. CS Lewis’ story about two children and a Marsh-wiggle reveals some deep truths about the life we may not even realise we are trapped in but which feels oddly unsatisfactory to us. 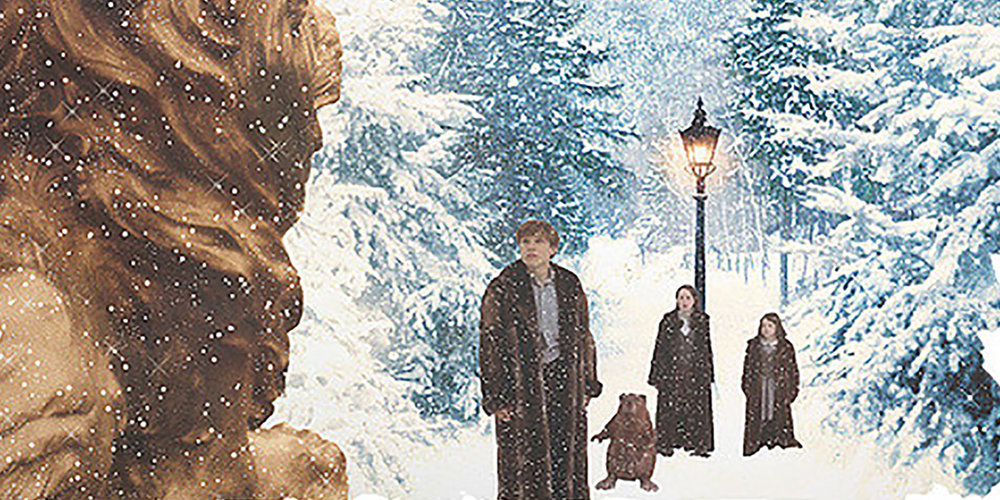 Sometimes the deepest truths are most transparent in fairy tales and fantasy. They paint reality in poetic images that seem to capture the truth better than plain prose. That is why the Oxford professor C.S. Lewis was fascinated by centuries-old myths, and also why he told this story about two children and a marsh-wiggle.

Jill, Eustace, and Puddleglum have been captured by an evil witch and bound up in her underground kingdom. There, they discover the real identity of another captive of the witch. It is the long-lost Prince of Narnia, who’s been missing for many years. They free him from the witch’s curse and stand together ready to challenge her.

She is murderously angry but then slyly, she changes tack. Taking out a mysterious green powder she throws it on the fire. An enchanting scent begins to fill the room. She withdraws a stringed instrument and begins to strum. The vapour and the melody swirl as a gentle mist and the longer she continues, the more the captives start to waver. She whispers sweetly: ‘Narnia? … Dear Prince, you are very sick. There is no land called Narnia.’ They try to remember where they have come from but it all seems a dim memory. Their certainty begins to slip away. Eventually they reply: ‘No. I suppose that other world must be all a dream.’ ‘Yes. It is all a dream,’ says the witch, strumming. ‘There never was any world but mine,’ she says. ‘There never was any world but yours,’ they reply.

But Puddleglum isn’t having any of it.

You can play that fiddle till your fingers drop off, and still you won’t make me forget Narnia … I’ve seen the sky full of stars. I’ve seen the sun coming up out of the sea of a morning and sinking behind the mountains at night. And I’ve seen him up in the midday sky when I couldn’t look at him for brightness.

Puddleglum’s words are like dynamite to the others. They are shaken from their trance momentarily. But the witch merely continues to convince them that they are just silly children playing make believe. After a short struggle in their minds, they give in. ‘You are right. There is no sun’, they say. ‘There never was a sun’, coaxes the witch. She rocks them into a near sleep. They are weary; their eyes are closing. But Puddleglum, desperate, strides deliberately over to the eerie green flames and stamps them out. The enchantment is broken, the witch turns to white-hot anger and she transforms into the serpent she truly is. Puddleglum continues boldly:

Suppose we have only dreamed, or made up, all those things — trees and grass and sun and moon and stars and Aslan himself. Suppose we have. Then all I can say is that, in that case, the made-up things seem a good deal more important than the real ones. Suppose this black pit of a kingdom of yours is the only world. Well, it strikes me as a pretty poor one. And that’s a funny thing, when you come to think of it. We’re just babies making up a game, if you’re right. But four babies playing a game can make a play-world which licks your real world hollow.

Newly emboldened, the Prince and the children slash off the head of the snake and her power is destroyed. All those enslaved in her underworld kingdom are free. Searching for a tiny crack of light in the dark tunnels they rush towards it and break through the thick ground, clambering out into the world they had almost lost. Finally, the Prince emerges. In that moment, all those waiting for him are captivated.

No one doubted for a moment who he was… Instantly every head was bared and every knee was bent; a moment later such cheering and shouting, such jumps and reels of joy, such hand-shakings and kissings and embracings of everybody by everybody else broke out that the tears came into Jill’s eyes. Their quest had been worth all the pains it cost.

The story ends with a glorious feast and dancing around the fire as they celebrate the captives’ return to life. The Prince is crowned King of Narnia and is reinstated in his rightful place. Instead of the caged, limited lives the former prisoners would have been forced to live underground, suffering under the illusion that there was no other life obtainable, they are now free to live captivated only by their king and the truth he stands for and able to enjoy all that his kingdom has to offer.

The creator of Narnia intended that his readers would see in this story something of the reality in which we all live: the existence of two kingdoms. C.S. Lewis reasoned elsewhere ‘if I find in myself a desire which no experience in this world can satisfy, the most probable explanation is that I was made for another world.’ [2] He wanted to awaken in us a desire to reach for and grasp that other kingdom, which we may not always be able to see clearly but which is no less real. We live in a culture which has consigned God to the realm of fantasy and perhaps you’ve never really considered whether there might be something more than what we can see immediately around us. That’s exactly what the witch in the story wanted her captives to think. If they found out the truth they stood to gain a life and a liberty they would otherwise have been robbed of. Could this be you? Is there a chance you are missing out on a life meant for you, one which you may have been told does not even exist?