Equality and other fictions

Most of our moral passion for justice and outrage at equality stems from a belief that all people are created equal. But that belief makes no sense without God, as Yuval Harari makes clear. 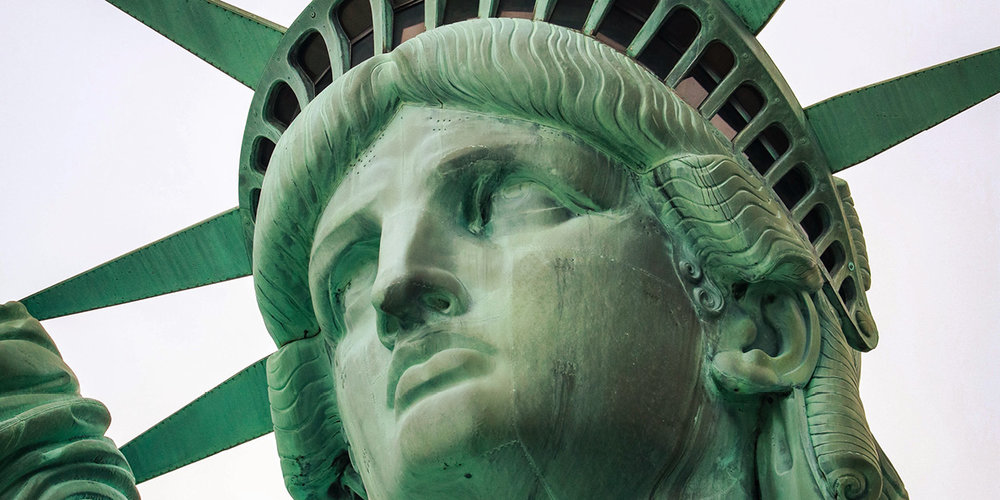 If you haven’t read it yourself, you’ve probably seen someone on the tube reading it. I’m talking about Yuval Harari’s monstrously successful book, Sapiens, which tells the story of our species. At the heart of this book is a philosophical bomb that ought to make many of us lie awake at night. But strangely, it doesn’t. Let me explain.

If there is one idea, one overriding value, one passionate plea that has shaped our modern society, it is the notion of equality. We may not agree on whose equality matters the most, but equality itself is still the one thing that (almost) everybody seems to agree on, in principle at least.

You don’t have to be American to appreciate their Declaration of Independence, which is surely the creed of our age. It states that ‘all men are created equal… endowed by their Creator with certain unalienable rights… [such as] life, liberty, and the pursuit of happiness.’ Just about every conversation in politics revolves around these assumptions. They’re central to our understanding of what it means to be a happy society.

But Harari says it’s all nonsense. He speaks as a secularist and atheist, and as one who is attempting to make sense of our species without appealing to religion. And so he writes,

According to the science of biology, people were not ‘created’. They have evolved. And they certainly did not evolve to be ‘equal’. The idea of equality is inextricably intertwined with the idea of creation [1].

America got the notion of equality from Christianity, he says, so if we reject the Christian ‘myths’ then we can’t believe in equality either. Furthermore, there are no human rights, ‘There are only organs, abilities and characteristics’.

I have met very few people from a non-religious perspective who will speak with such logical clarity and honesty. Because, if there is no God, then Harari is right.

Every sacred cow is shot in the head as he denies such things as the right to life, the right to liberty, and the right to happiness. These so-called ‘rights’ are all fictions we’ve bought into, but they’re baseless. In a universe in which everything is an accident, there can be no rights. Atoms and chemical reactions might accidentally produce a person, but they don’t produce moral values. Rights (like equality) have to be conferred by some higher power, so if you don’t believe in a higher power, then neither can you believe in rights.

But strangely, despite the fact that modern Britain is becoming less and less religious, with most people now identifying as ‘nones’ (those with no religious affiliation) we are still hugely passionate about these values that came from our Christian heritage.

Why is that? I think there are two reasons.

Reason number one: The alternative is horrifying. If we truly and honestly admit that morality is a fiction that we invented, and that a godless universe cannot possibly create values like equality, then there are no rules and life becomes impossible.

Reason number two: We think with our guts, not our heads. That is to say, very few of us follow ideas through to their logical conclusions in Spock-like fashion. Most of what we believe to be right or wrong, true or false, is more intuition than deduction, more gut-feel than careful contemplation. Hardly anyone says to themselves, ‘I don’t believe in God, which means that morality is just a fiction we humans invented, therefore I discard all morality.’ On the contrary, many non-religious people are every bit as passionate about moral causes as their church-going friends, and often more so. And the reason, I would argue, is that we have a deep inbuilt sense of what is right and wrong, even if we can’t explain why. It is very hard to go against your gut, no matter what your head says.

Maybe we can keep on pretending, then? Can’t we still believe that ‘all men are created equal’, even if we don’t believe men (and women) were ‘created’ at all?

Perhaps. And perhaps society will do fine without faith in God. Or maybe it won’t. History tells us that worldviews matter, and that they have consequences that sometimes take a while to show through. Cultures are like giant games of Jenga — some beliefs are built on other ones, and you can’t take out the bottom bricks without the top becoming unstable. Harari is right in saying that most of our values in the West came from Christianity. How long can the tower stand when the foundation has been removed?

But then again, maybe we can look at this in reverse. Sometimes intuition is right. Sometimes our guts know better than our brains. The fact that we feel so strongly about moral truth, that we react with such anger to injustice, that we care so deeply about the rights of others — all of this suggests that these instincts came from somewhere, even from Someone.

Many have contemplated these ideas and been led to rethink their view about God. The alternatives have been held side-by-side: a cold and empty universe devoid of any ultimate meaning or morality, versus a belief in God that chimes with our deepest convictions about justice, love, and equality. Many have stared long and hard and followed their gut back to God. For me at least, that makes more sense than Harari’s blank void.