That lingering sense of guilt

Sin is dead. So why do we still feel so much guilt? 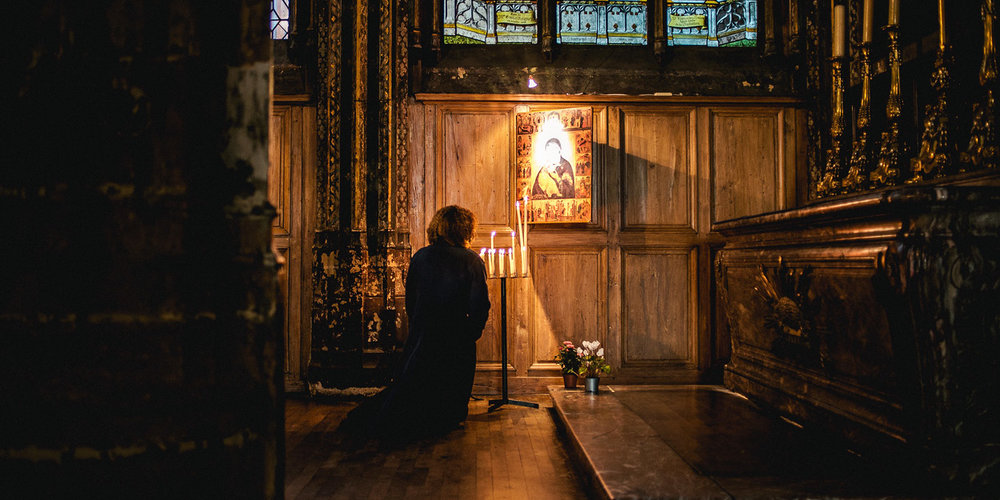 I’ve only ever met one person who seemed not to feel guilt. She wasn’t a psychopath, just a normal woman who was confident that everything she’d ever done wrong was just a stumble along the path of life, with no more moral significance than a toddler’s tumbles as he learns to walk.

It was several years ago that I met her, but I’ve often thought of her and wondered if she has managed to maintain that clear conscience. If so, she should market it — she’d make millions! Because I think she’s a rarity. My hunch is that most of us have experienced feelings of guilt long after a particular action has been forgiven and forgotten. It comes to me in a flood sometimes when I’m minding my own business, thinking of something else entirely and a shameful memory comes rushing in. I go cold then hot, and blush furiously, as if somehow everyone around me can see the horror movie playing on loop inside my brain.

In a recent essay, historian Wilfred McClay examined what he called ‘the strange persistence of guilt’. As long ago as the late nineteenth century, he explained, people like Friedrich Nietzsche were arguing that guilt was just an artificial construct, ‘an obvious vestige of irrational fear promulgated by oppressive, life-denying institutions erected in the name and image of a punitive deity’ [1]. Nietzsche famously argued that ‘God is dead’, and that therefore, with no omniscient being to establish ‘right’ and ‘wrong’ over humankind, there could be no universal right or wrong. Everything is permitted, and any codes of conduct people choose to live by are merely that, arbitrary codes with no absolute moral value.

But things didn’t quite work out like that, McClay explains. He says Sigmund Freud was closer to the mark when he wrote, forty-odd years later, that ‘the price we pay for our advance in civilization is a loss of happiness through the heightening of the sense of guilt.’

Why have technological advances heightened our guilt? In doing away with God, we assumed both the power over our lives and the responsibility for them. At the same time, we were exponentially increasing our power over the world, and thus our responsibility for it, too. Nietzsche had been born at the tail end of the Industrial Revolution, when mankind had asserted its dominance over nature and won. It’s easy to see why he felt we had outgrown our need to imagine some powerful force directing the world and our lives. We could take it from here.

Yet the results have been like the parents going away and leaving the kids in charge — on a global scale. It was fun to begin with, but then the consequences started to kick in. Our unbridled consumption and desire for convenience outstripped our stewardship over our resources, so we now find ourselves reducing, reusing and recycling in a desperate attempt to atone for some of the havoc we have wreaked on our environment. And what about ‘colonialism, slavery, structural poverty, water pollution [and] deforestation’? McClay says, ‘there’s an endless list of items for which you and I can take the rap’. At a personal level we’ve adopted what seems to be a very achievable moral standard: be true to yourself and follow your heart. Anything is permissible as long as it doesn’t harm the innocent. But those flushes of guilt remind us that there are times when living by this standard still brings us up short. We go to a meeting under-prepared and lose a business deal, we have a terrible commute and take it out on our partner, we lie and cheat and tell ourselves it’s okay because we are just being true to ourselves.

But still the guilt floods in, and there seems no way to assuage it:

Whatever donation I make to a charitable organization, it can never be as much as I could have given. I can never diminish my carbon footprint enough, or give to the poor enough, or support medical research enough, or otherwise do the things that would render me morally blameless [2].

Removing the concept of a Cosmic Judge did not remove the reality of guilt we all experience at times. What it did remove was the possibility of absolution. On the global scale, there isn’t a person to apologise to and receive forgiveness from; and even when we have been forgiven by the victim of our private misdeeds, often the sense of guilt remains.

To those who believe in the Christian God this makes sense. Our feelings of guilt are an indication that we are guilty. Nietzsche understood that guilt implies a person who has been wronged. He thought this person was fictional and that removing belief in him would remove our experience of guilt.

So if the guilt has remained generations later, doesn’t that suggest that God has remained after all? Try as we may to shake it off or cover it over, that lingering sensation is a universal experience. But this makes sense. In the biblical worldview all wrongdoing is ultimately a sin against God, as it is a violation of his design for life. You can’t get rid of guilt by pretending it’s not there; the only way to really experience peace is to feel forgiven by the one you’ve wronged. We know this in day-to-day life; when we hurt others we need their forgiveness. But the guilt that remains is evidence that we also need the forgiveness of the God who made them.