Ever thought religion was just after your money? Closed-minded, full of hypocrites, tribal and sexist? Well, you might find you have more in common with the man who started the world's largest religion than you'd expect. 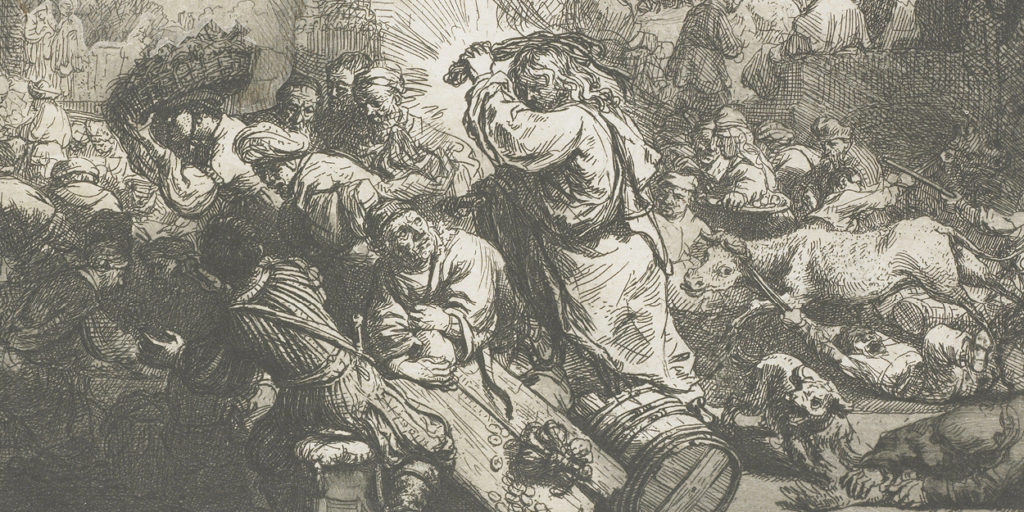 Jesus began the largest religion on the planet. Yet, the four historical accounts of Jesus’ life show a man with a surprisingly hostile attitude towards religion.

Modern hostility casts religion as a toxic poison that causes wars. It’s the opium of the masses, or it’s pointless and outdated.

However, Jesus’ unrepentant criticism of religion brings alternative attacks that are more relevant today than you might have realised:

A modern retelling of Jesus’ most famous parable would have Nigel Farage stopping to help an injured Remainer, as an ethical vegan and Barack Obama walk by – too busy doing the right thing to stop and help. Farage helping a Remainer? Behave.

But that’s the shock factor Jesus’ parable would have had on its 1st-century listeners. Jesus used this illustration to argue that in order for love and mercy to be genuine, it had to transcend tribal boundaries. Yes, even Brexit. How pertinent Jesus’ message is for our polarised and divided nation.

Jesus called certain religious leaders whitewashed tombs: pretty on the outside, dead inside. A scathing critique when you consider it for a second. They did the right thing, to be seen to do the right thing.

What percentage of social media is just that? Posting the right pose, plate of food, or parroting whatever #campaign is popular at the moment. All to be seen to be saying the right thing and portraying you’re living your best life, when you’re not.

If your social media is a hollow, airbrushed and edited persona, Jesus’ critique also applies to you. The good news is that Jesus didn’t stop at pointing out our flaws, he claimed to be able to fix them and enable people to live an abundant life.

I bet this didn’t make most RE lessons, but Jesus got so angry about greed and abuse he made a whip to drive the money changers and their goods out of the temple.

Jesus saw people using religion to get money out of people. Essentially, it was manipulative greed.

Wouldn’t we love to be able to do something similar to the 1%? Something to shock them out of their greed. Or perhaps the developing world would like to do the same to us?

Whether today or 2,000 years ago, no one likes a hypocrite. Politicians are an easy target. But isn’t our flaky we-must-catch-up-but-never-do, click-attending-but-don’t-go culture rooted in acceptable and unchallenged hypocrisy?

But the most ironic hypocrisy is calling out hypocrisy others, but not seeing it in yourself. On a number of occasions, Jesus went to town on that. If you don’t recognise your own hypocrisy, either you have impervious integrity or have succumbed to self-deception.

At the time, it was commonly held that there were hundreds of prophecies from many sources, written over hundreds of years, predicting the arrival of a Messiah. Despite ticking all the boxes, Jesus didn’t tick them in the way they were expecting. So the authorities had him killed. ‘Closed-minded’ is a rather lenient description of their response to Jesus.

We live in the most open-minded society going. But have you used that opportunity? It would only take a couple of hours to read the four accounts of the man with more followers than any other in world history. Or have you also made a decision about Jesus before even engaging with historically reliable, first-hand accounts about him?

What would you say to a crowd of people holding weapons, ready to kill a woman? Jesus exposed the hypocritical and judgemental thinking behind their sexism (the man guilty of the same crime was nowhere to be seen). And he did so in a way no one in the bloodthirsty crowd argued with. Impressive much? The woman left free and unharmed, thanks to Jesus’ offer of unmerited grace.

The religious view Jesus hates is one that denies this grace and makes it about what you have to do for God to get in his good books. Yet, the religion Jesus hates continues today. It’s often heard when people say ‘It’s okay, I’ve been a good person’. In other words, ‘On balance, I’ve done enough good to be slightly above average, so God has to accept me.’

Jesus says absolutely, fundamentally and unequivocally you are not good enough for God. No-one is good, except God. That’s Jesus view.

That’s where religion can go wrong. And it’s why you’ve got Jesus wrong if you thought you were above his six criticisms.

Perhaps you’re shocked because you thought Jesus was a ‘nice moral teacher’. He wasn’t.

He’s much better. Yes, Jesus says you can’t be good enough. But at the very same time he says you are more loved and accepted by him than you ever dared hope – despite not being good enough. That’s grace. And that’s a belief he was willing to die for.

It was never about if you go to church on Sunday, pray or (heaven forbid) are, on balance, ‘a good person’. You can’t earn grace, because it’s free, unlimited and eternal. All you have to do is accept God’s free gift and stop trying to earn it.