How individualism messed up my generation

My generation spend 3 hours a day on our phones. We are isolated and stressed. We don't feel like we have any friends. Millennials had it bad, Gen Z have it worse, so what next? Do we accept the fact that we’re all slightly screwed, and destined to be lonely forever? 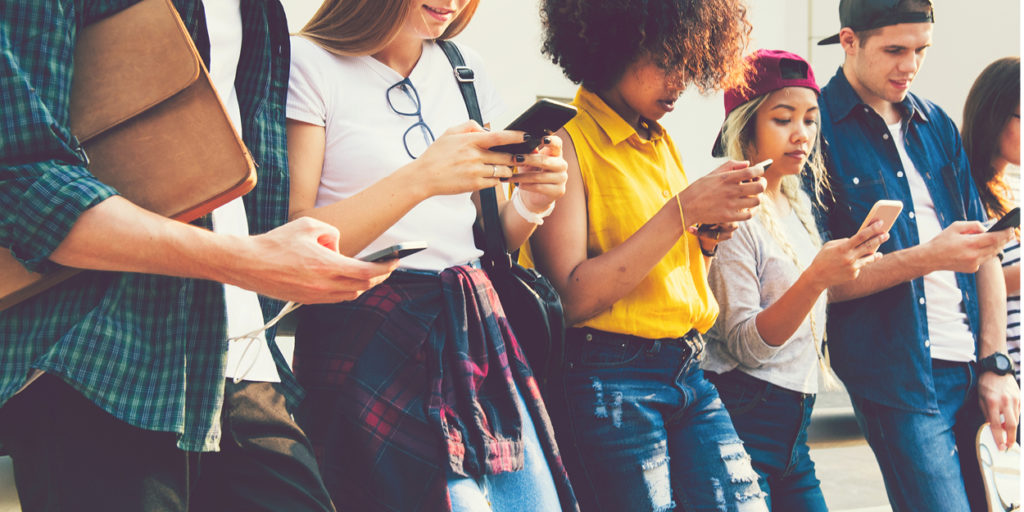 Increasingly, everything in our world is geared towards individualism. From our neo-liberal Conservative Government, to the ‘independent learning techniques’ taught to children from infant school, to the dominance of electronic over face-to-face communication, allowing you to selectively respond to other people whenever you feel like it.

Social scientists, historians and philosophers alike have traced the shift in society from communalism to individualism over the last 70 years and note its significance in affecting how we view our identities and our purpose. The philosopher James Smith pointed to the change in how we view the very word ‘we’, saying: “‘We’ are not a seamless cloth, a tight-knit social body; instead, ‘we’ are just a collection of individuals.”

Connectionless co-existence is rife. In years gone by, family or friends came together to eat and talk and share information and laughs verbally. They were present with one another. Nowadays, perhaps you may come together and watch a film, for instance, but I bet someone will be using another device at the same time. And if you’re ‘sharing laughs’, it’s potentially via typing the laughing-crying emoji, with not so much as the twitch of a smirk actually upon your lips. Your personal experience supersedes the collective one.

The irony is tragic: in an age where we are more ‘connected’ than ever before, we are also more isolated.

Part of this is to do with the shift in our theology in the West. Individualism has arisen partly as a product of secularism. A transition away from Christianity has been a transition away from a collective purpose, and God-given identity. This made the bond between us something precious and sacred– ‘we’ triumphed over ‘me’. However, in the West our culture is now primarily secular and thus human relationships are rendered less hallowed and more matter of fact.

This wiring towards individualism has filtered down through the generations and has harmed the youngest of our population the most. Recently YouGov conducted a study that revealed that 22% of millennials say they have no friends. None! In comparison, of the generation before them (Gen. X), only 9% would say the same. This is tragic and makes me wonder about the fate of my generation.

I’m part of Generation Z, the youngest and currently the largest section of the population at a staggering 25%. Comprised of those born between 1995-2015, our shaping experiences include never knowing a world without a country at war, witnessing our parents’ (Gen X) experiences of financial difficulty, and having always known about the Internet. Studies report that these factors contribute towards frugality and justice-mindedness, but also that we are more isolated and stressed than previous generations.

It does seem counter intuitive that the generations who have always had access to communicate with one another whenever they desire should also be the loneliest. There are a few theories tossed around about how this might be, with social media playing the role of No. 1 Villain. The most part of Gen Z’s online time, which for 41% of this generation is a minimum of 3 hours a day, is via their phones. Supposedly ‘socialising’, these hours are time that former generations may have used to actually rather than virtually hang out. Instead of forging relationships, we endlessly scroll – glazed-eyes, lethargic, alone.

It is little wonder that stress and isolation has resulted from this, as we increasingly supply our own information and self-oriented ‘connections’ with others. Millennials had it bad, Gen Z have it worse, so what next? Do we accept the fact that we’re all slightly screwed, and destined to be lonely forever? We can’t even turn to reproduction to help us with our loneliness, because that’s just bringing another child into an already overpopulated world to inevitably be a screen-addict and a loner themselves.

I am certainly not happy with this prospect. I know that a longing for connection is wired into my heart. Whoever you are, regardless of whether you identify more an extrovert or introvert, a craving for community will be in you too. We want to belong, to be seen, and to be loved. So, what do we do?  Do we ignore that desire, and continue our hollow individualistic quests into the bleak future, or do we put down our phones and pay more attention to what’s going on beneath the surface?

Until we collectively acknowledge the way our pursuit of secular individualism has messed up generations like mine, we won’t be able to start repairing the damage. But that’s just the problem – there is no collective ‘we’ to acknowledge this in the first place.