Would you make it into The Good Place?

In September 2016, after an unfortunate incident with a margarita mix and a line of runaway shopping trolleys, Eleanor Shellstrop found herself in The Good Place. You're probably a better person than she was, but would you make it in? Are you sure? 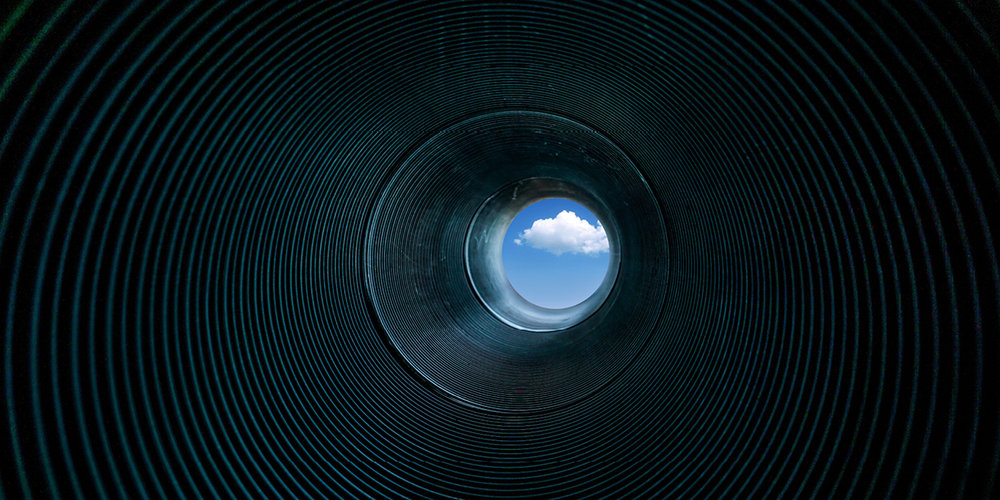 On 19 September 2016, Eleanor Shellstrop opened her eyes to find herself in a brightly lit waiting room. In front of her, in large, cheerful letters, was the message, ‘Welcome! Everything is fine.’

A door to her left opened and a smiling man with white hair and a bow tie invited her into his office. There Eleanor learned that she had been involved in an accident and had died. But it was ok, she was in ‘The Good Place’.

So began season one of one of the most creative, witty, clever shows on TV for a very long time. If you know the show, you can skip the next two paragraphs. If you don’t, here’s a very quick, spoiler-free summary:

Eleanor knows she shouldn’t be in the Good Place. She lived an outrageously selfish life, and is certain she should be spending eternity in the Bad Place. However, after being played a recording of what things sound like ‘down there’, she quickly realises she needs to make a plan to not be found out. As the net closes in and discovery seems inevitable, Eleanor decides there’s only one thing for it—she must learn how to be a good person and earn her right to be there.

I can’t tell you too much more without giving some fairly major spoilers, but suffice it to say, the show asks a lot of questions about what is good, and what is good enough. What kind of things would Eleanor have to do to increase her points total and prove that she was worthy? (Remember sister’s birthday: +15 points; commit genocide: -433,115 points.)

One question the show repeatedly raises, though, is that of motivation: if you’re doing good things because you hope or expect to get some kind of reward, are they really morally good?

It’s hard to imagine a system where a judge (or algorithm) could make a just decision as to whether you should make it to eternal bliss or eternal punishment. If you don’t know what the rules/points are until it is too late, how is it fair to punish you for not measuring up? If you do, how is it fair to reward you for simply playing the system for your own benefit? Perhaps all we can do is follow the ‘golden rule’, adopted by many religions and philosophies, of treating others how you would like to be treated, and hoping it all works out in the end.

Of course, all this assumes that there is some kind of consequences-based afterlife, which you may not believe in at all. Perhaps for you the reason for doing good things is simply that we’ve only got one shot at life, and so has everyone else on this planet, so we might as well make it as pleasant as possible for all concerned.

That sounds like a great philosophy. What a shame so few people follow it. There are far more Eleanor Shellstrops out there, who prefer to seek their own advantage at every opportunity, instead of doing what is best for everyone. In a world without consequences, why not? Why disadvantage yourself in the hopes that others will reciprocate and you’ll come out better off in the long run, rather than doing what’s best for you now in any given situation?

What if what you did on earth did matter? What if there were consequences, that one day you would wake up and find yourself either in a happy place filled with all the frozen yoghurt you could eat, or a sad place filled with eternal torture and butt-hole spiders? Have you done enough good, with the right motivation, to be sure of getting in?

Although The Good Place explicitly states that its points system is not based on that of any one religion, many people believe that Christianity operates on the same basic principle: try to do more good than bad, and hopefully St Peter will let you through the pearly gates when your time comes.

Yet this is not true Christianity. According to the Bible, the only acceptable standard is perfection. Just one negative point—a solitary bad act, or wrong motivation for a good act—is instant disqualification.

But don’t despair, there is a way in.

The Bible documents how Jesus never did a single thing wrong, or had a single wrong thought or motivation. He was completely perfect for the whole of his life on earth. Those who put their trust in him, and make him the authority in their lives, get to be identified with his perfection. When they wake up in that celestial waiting room, God says, he doesn’t see them or all the bad things they have done, he just sees Jesus and his perfection. They make it into the Good Place not on their own merits, but on his.

Even one of the criminals crucified next to Jesus on the cross made it in. He was such a bad person that he was being executed for his crimes. But with his dying breath, he admitted: ‘we are receiving the due reward of our deeds; but this man has done nothing wrong.’ He then turned to Jesus and said, ‘Jesus, remember me when you come in your kingdom.’ And Jesus replied, ‘Truly, I say to you, today you will be with me in paradise.’

At a stroke everything else was forgotten, blown away in the wind, as if it had never happened. The same offer is open for you, and you don’t have to wait till the last minute for it; you can, even today, grasp the peace of knowing where you are going when you die. Death no longer has to be a fearful inevitability; it can be an old friend that you greet with open arms because you know you will be remembered.

So what do you think happens to us after we die? Do you believe there is a heaven? Are you sure you’ll make it in?