We have become so disillusioned by fictional happy endings that don’t translate to real life. Perhaps we’ve told ourselves we’d rather face life head-on and see things as they really are. But don’t we secretly long for more than that? 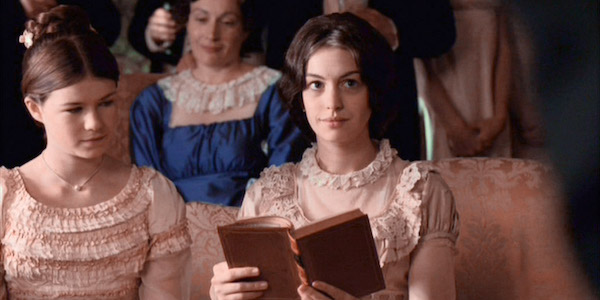 ‘My characters shall have, after a little trouble, all that they desire’ [1].

So said Jane Austen’s character in Becoming Jane, the dramatization of the author’s life. It was her bittersweet reflection on the fact that, although she couldn’t grant herself the happy endings she endowed upon her characters, she knew that there is a hunger embedded deep within the human soul for every tale to come to a proper and hope-filled resolution.

Nowadays, when scrolling through Netflix or leafing through bookstalls, you will rarely find a story that resolves, where the characters find redemption and all is well in the end. Whether it’s Breaking Bad, House of Cards, 28 Days, or Rachel Getting Married, there has been a growing trend towards hapless characters slipping further into despair. We have become so disillusioned by happy endings that don’t translate to real life. We know that a happily-ever-after rom-com is not an authentic picture of life and love and that people don’t just miraculously recover from bereavement, life-changing accidents, or crippling mental illness. While fiction used to be a way to leap through the looking glass into worlds of possibilities, it’s now more likely to be an honest sit-down in front a grimy mirror reflecting all of life’s ugliness. Time magazine tried to explain this literary revolution, arguing that ‘we seek out hard places precisely because our lives are hard’ [2]. We’ve told ourselves we’d rather face life head-on, see it as it really is. Stories showing life in all its grittiness — including our collective and personal failure to find redemption — are praised by critics and, to some extent, we hanker after the realism they portray.

But don’t we secretly long for more than that?

There are others of us who are ‘weary unto death of introspective and psychological literature’ and simply yearn for a good story [3]. What if we didn’t have to choose between Jane Austen’s blissful consummations (which, no matter how compelling, remain entirely fictitious) and the ugly truth of our broken existence? Just like Elsa in Frozen, it seems the most restorative outcome we can now expect is that the protagonist learns to love him or herself. If that is the greatest love, the best resolution, the happiest ending we can look forward to, is that really enough? Oftentimes a story will end indecisively and we are left to determine the conclusion, to decide for ourselves if we want to be a realist or a dreamer. Don’t we want to know for sure whether the characters we’ve journeyed with are going to be all right? Don’t we want to know that for our own lives there will be joy at the end of the journey? Yes, we can each make up an ending that suits us, but this hope will not be founded on anything but our own fancy. We can have no certainty of the endings we have to invent.

The movie Chef was the perfect recipe for a redemption story; an overweight, divorced, middle-aged man blows his own high-flying career with his uncontrollable temper and ends up miles from home scraping his regrets off the floor of a decrepit taco truck. But — spoiler alert — the story ends with a community that pulls together to create an amazing future for him and a beautiful, believable family resolution. This is just a glimpse of what we all desire. There is a built-in appeal for hope at every core.

But is hope realistic? In this day and age, ‘hope is a four letter word’ [4]. 2016 has seen hope dashed by one tragedy after another, and in post-Brexit Britain, it can seem like it would merely be wishful thinking to believe there was still a kernel of hope for our future. Perhaps baseless optimism is for fools, but the hope I’m talking about is built upon something real, something we can count on. Our need for a resolution points to the fact that there will be one. There is a grand narrative taking place on a cosmic scale, and it ends with fulfilled hope.

My own story has included some wonderful scenes, but also some long chapters of pain and loss and loneliness and depression. There were times when I was tempted to make that the last chapter, but somehow I clung on. I clung on to the knowledge that hope was on its way through the God who is in control of all things and who has said ‘all the days of my life were written in [his] book before any of them came to be’ [5]. It is only when you put your trust in him that ‘then you will truly have hope for the future’ [6]. There have definitely been some passages in my life that were not written the way I’d have scripted them, but I am convinced that the story God is writing will be much better than anything I could have imagined. As Jesus promises, ‘those who hope in me will not be disappointed’ [7]. Instead we can smile at the future, looking forward to it, confident of who we are and where we are going [8]. Whatever adventures are ahead, there will be a happy ending when I turn the last page — not because I’ve penned every word, but because I trust in the Author who has.