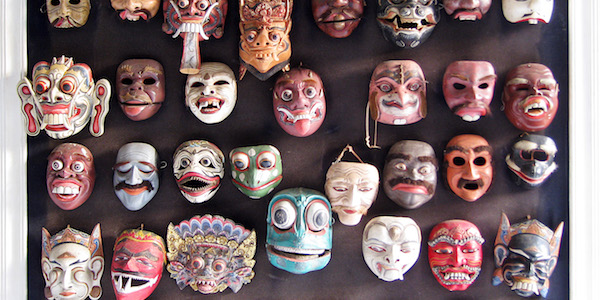 Let’s face it: we don’t like it when we see hypocrisy. Whether it’s an avowedly socialist Labour politician who sends her son to private school, a politician who vocally supports ‘family values’ but is having an affair on the side, or a health-blogger who publicly extols the virtues of a vegan fat-free diet but has steak and chips in secret. We don’t like it when we see people preaching one thing and living a different way.

And the church is often accused of such behaviour. Whether it’s sexual abuse or financial impropriety, the headlines often point to Christians failing to live up to what we’d expect of them. Many of us might know someone who labels themselves a Christian, but doesn’t operate in a Christian manner — whether it’s aggressively arguing their beliefs, not loving people, or behaving badly, they don’t live in line with their stated worldview.

What is it about Christianity that lends itself to this charge of hypocrisy? Is there something inherent about Jesus or his teaching that often provokes this accusation?

I would say no. Actually, it’s the reverse.

As you look through the accounts of Jesus’ life, he repeatedly speaks out against the hypocrisy of the religious elite of his day. He calls them ‘whitewashed tombs’ — they’re clean on the outside, but dirty on the inside. They are using their religious deeds to present a false image; though they want you to think they’re good people, their religious devotions and deeds can’t cover the fact that, deep down, they’re as broken as everybody else.

To expose this hypocritical attitude, Jesus tells a story with some surprising conclusions.

A religious leader and a tax collector both come before God in prayer. To understand the story, you need to know that tax collectors were the dodgy bankers of their day. They were rich, hugely corrupt, and hated among their own people. The story begins with both men praying in the temple.

The religious leader prays out in a self-congratulatory way: ‘I thank you, God, that I am not like other people — cheaters, sinners, adulterers. I’m certainly not like that tax collector!’ The tax collector, aware of his own brokenness, looks very different. ‘The tax collector stood at a distance and dared not even lift his eyes to heaven as he prayed. Instead, he beat his chest in sorrow, saying, “O God, be merciful to me, for I am a sinner”’ [1].

Jesus concludes that only one of the men left the temple ‘right with God’. It was not the religious leader, but the tax collector. This would have been shocking to the audience — that a corrupt, wicked man could be forgiven and accepted by God, yet an ‘upright’ religious leader was not. His hypocrisy had become a barrier between himself and God.

But as we look at this story, perhaps we can see some of ourselves in the religious leader? Many of us often compare ourselves to others, subtly denying our own flaws: ‘Thank God I’m not like those closed-minded Brexit voters’. And how often do our actions defy our beliefs and claims? Don’t we all aspire to live a certain way, but excuse ourselves when we don’t manage it?

I see it in my own life all the time. I claim to care about global warming, but fail to recycle. I claim that I put my family before my job, but often find myself working later than planned. I think that I’m passionate about eliminating global poverty, but do nothing to change the situation. Isn’t it part of the fundamental human condition? We don’t like to admit it, but we’re flawed. Hypocrisy is humanity’s attempt to pretend we’re something that we’re not. Our hypocrisy allows us to paint a more positive picture of ourselves than reality. This is a problem, because not only are we kidding ourselves but it also means we end up disconnected from God, just like the religious leader in the story.

What if we had a chance to completely drop the pretence and be accepted as we really are? This is what Christianity offers. At the centre of the Christian faith is a belief that God loves each person, that he is ready to welcome us into a friendship with him, despite everything we’ve done to ignore him and reject him. When we realise this, the world looks different. We’re able to admit our failings to ourselves and to those around us. Instead of hard condemnation, there’s a welcome embrace from our father in heaven. And slowly, our hypocrisy can begin to disappear.