When our heroes fail us

Every hero we have – past and present – seems to have some kind of flaw that causes them to be diminished in our eyes. Why do we continue to believe the best about people, even when we know they are hiding stuff? And what worldview helps give an account for the failings in them, and in us? 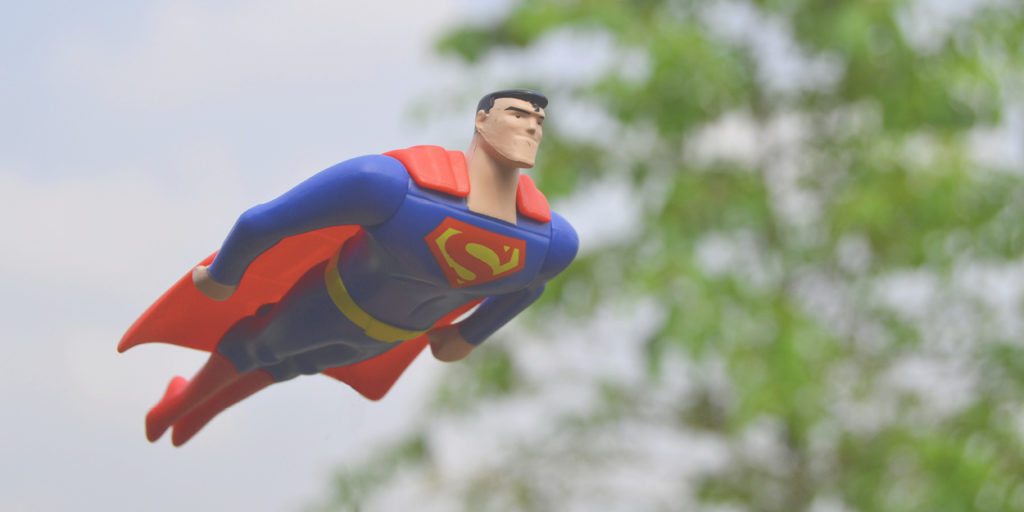 It was the summer of 2012. I was volunteering at the London Olympics (yes, dressed in those horrible purple and cream outfits) where the hockey was being played. As volunteers, we often glimpsed various celebrities who had bought tickets. We were not really allowed to take photos, but everybody broke the rules once we saw a celeb whom we admired. My own moment of being caught starstruck was approximately halfway through the games, when the GB women’s hockey team were playing for a spot in the semi-finals. In came a well known MP I hugely respected, renowned for their decades long work in Parliament. As a wide-eyed teenager I had to head over and have a conversation. As I said hello, there was an overwhelming stench of alcohol, and their response to me was equally repugnant.

While it would be a stretch to say this person was a ‘hero’ of mine, the saying I later came across that you should ‘Never meet your heroes, because they’re sure to disappoint you’ definitely rang true. The image in my mind of this person, largely constructed through interactions with the media and books, was shattered in a matter of seconds when I met them face to face.

I suppose this little anecdote raises the broader question of how we assess public figures. A couple of years ago Oxford students campaigned to remove statues of Cecil Rhodes, the famous 19th Century businessman and politician, because of how his life was so enmeshed with the oppression of indigenous people groups within Southern Africa. It sparked a massive debate about how we should deal with historical figures in light of their moral or personal failings.

Many sneered at the protests, arguing that it was ridiculous to expect great figures of the past to have lived blemish-free lives of unadulterated purity, right? When we look at the lives of those many would regard as heroes, this possibly makes sense. Whether it’s Winston Churchill and his views on people of other races and eugenics, Mahatma Ghandhi and his attitude towards women, or even Martin Luther King’s issues with infidelity, it seems no one is ‘clean’. More recently we have seen the examples of Michael Jackson and R Kelly, both accused of sexual abuse against young children and women respectively. The moral confusion that has followed in how we respond to their work has exposed the flaws in our society’s approach to failure: Do we now boycott the music/writings/teachings of a figure because of their moral failings? How do we separate the good someone has produced from the very clear evil they have committed? Is that even possible?

This issue raises the more interesting question as to why we believe the best about people to begin with. Why don’t we start with the assumption they’re hiding things we would find unpleasant? After all, we know people present a carefully curated image to the media, and the media are often complicit in presenting a biased view of individuals. So why are we so often surprised when we learn about the flaws and failings that were kept hidden?

The crux of the matter arises when we consider ourselves. If your darkest secrets were exposed, including the truth you hide from your social media audience, wouldn’t people’s positive perceptions of you be shattered also? It seems we need a worldview which accounts for failure and not only responds to it well, but provides a tangible solution to the ugly disappointment which we see in our heroes and in ourselves.

One reason why the Christian worldview has resonated with millions of people for the past 2000 years is because it honestly confronts this problem by starting with the premise that we have all failed, that we are all sinners.

This is why the Bible writers were comfortable with exposing the flaws in the biblical heroes, along with their virtues and achievements. These writers didn’t shy away from informing the reader of the real contradictions present in the lives they wrote about.

For example, David, the anointed king of Israel, was also an adulterer who arranged the killing of the man whose wife he was sleeping with. We read about King Solomon being the wisest man in the ancient world, putting today’s polymaths to shame, but at the same time being a sex addict with close to 900 sexual partners. Then there’s Saint Paul, probably the main reason why Christianity spread so quickly across the Western world, admitting to readers that prior to his conversion he was implicitly involved in the persecution and murder of religious minority groups.

These honest accounts tell us something we already know about ourselves – that humans are complex. While often capable of the most impressive achievements, we are at the same time also capable of the most evil acts. But strangely, our society doesn’t know how to account for this nuance or complexity in its response to public failure. Why is that? I would suggest that in a culture which has largely renounced God, we have turned to ourselves for solutions to our problems. Our only hope becomes humanity itself. But the gaps in this solution quickly appear when we realise that we still haven’t been able to break the cycle of our personal moral failures, from generation to generation.

When the current Archbishop of Canterbury started his new role, along with articulating his hopes and plans, one of the first things he made clear was that he would disappoint people. Many found this a strange thing to say. But he was recognising, just like the writers of the Bible, that not only was he morally flawed, but that ultimately a solution to his failings had been provided in Jesus. In fact, Jesus is the one historical figure on record that even secular historians look at and fail to see any blemish or moral contradiction. Whereas our society must look inwards for the answer to our problems, the Christian worldview asks us to look outside of ourselves to a flawless hero who came to deal with our failings.

Photo by Yogi Purnama on Unsplash