People hate me for what I do: how do I disagree well?

I knew working in a controversial field was going to force me to encounter regular confrontation, but being catapulted into the heart of the vitriolic tribalism of our age hit me like a ton of bricks. So why is it so difficult to disagree well with other people these days? 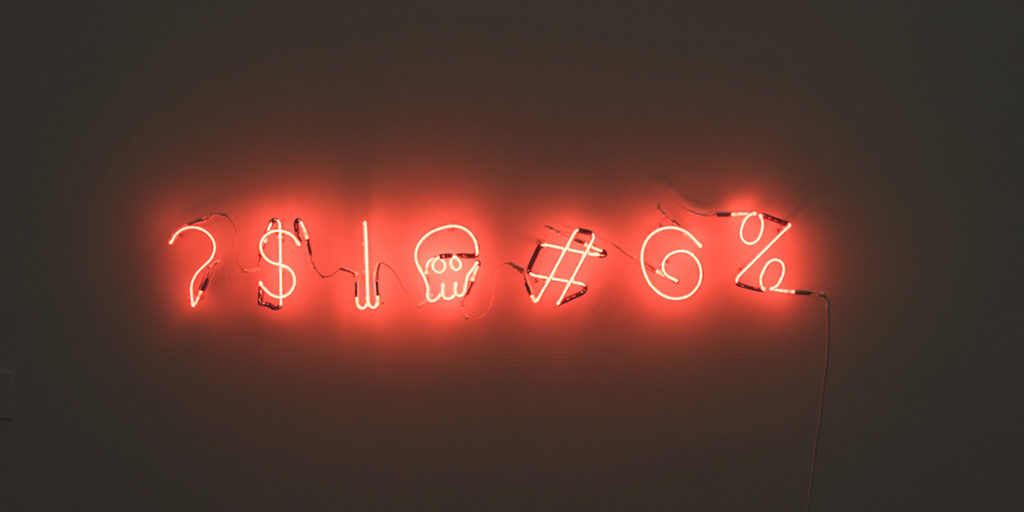 Recently, at a party, it hit home to me that I will never have a comfortable first meeting with anyone ever again. This is because it is almost impossible to make friendly small talk with someone without eventually arriving at that inevitable question: ‘So…what do you do?’

It is at this moment that I start to feel my heart beating faster and a welling up of nausea in my stomach. I know that I am about to meet with an unpredictable response from this new acquaintance – a response that may well feel like rejection.

The reason I have to regularly face this discomfort is that I work in politics. Not only that, I work in a particularly controversial aspect of human rights policy. I seek to defend a particular group of people that I view as oppressed. Others see me as part of a system of oppression and an enemy to progress.

At this particular party, as the conversation drifted towards the subject of my job, it was clear to me that my views were not welcome.

In my best attempt at open, friendly discourse, I attempted to open up the conversation – to really hear what this person had to say on the issue. I hoped they would throw some questions back at me and we could have a reasoned, intelligent, kind discussion. However, it was clear that was not going to happen. Things went from civil to awkward to downright hostile in a matter of seconds, and there was nothing I could do about it.

This got me thinking about why we often struggle to engage with people we disagree with, and why this problem is getting worse. We live an era of tribalism, identity politics and like-scoring posts on social media, as we suck up the approval of those who live in our little echo chambers. In this world, we are labelled before we even have time to present our arguments. If you hold x, you are an uneducated, religious, far-right, intolerant bigot who hates poor people. Perhaps you believe y? Well you must be a privileged, pathetically woke, thought-policing snowflake who is triggered by other people breathing.

This labelling is deeply wrong. Why do we do it? Because we increasingly have a tendency to immediately conflate someone’s views with their identity. Perhaps it’s a reaction to globalism, but life is just easier if you put people into categories, if you ask the question, ‘Do they belong to my tribe or not?’

In this context, it’s easy to see why we hate each other.

Because that’s the reality isn’t it? We hate people who disagree with us. Whilst we’re busy protecting and defending others, under the guise of love and kindness, we end up using that love to direct hate at anyone we see as an Oppressor in our moral narrative. In a bid to be better people through fighting for what we believe is right, we actually become the worst possible versions of ourselves.

I know I fall prey to this and it is a constant challenge in my work. I have to fight hard to see the best in those I disagree with – to see the person behind the politics.

This has led me to consistently challenge myself with this question: How can I love someone who disagrees with me?

Firstly, it needs to be said that loving the ‘Other’ (i.e. those we view as our enemy) is not natural. Hating people is easy, and it’s lazy – our more natural inclination. Whereas it is hard graft to engage with those who oppose us.

But there’s a preliminary question here which is why should we love people who disagree with us? It seems to me that without a compelling reason for loving people who are different from us, we simply won’t do it. Our progressive ideas of ‘tolerance’ and ‘equality’ don’t actually cause us to love our neighbour in any greater measure, because love cannot be compelled by legislation or societal pressure. The problem is with our hearts, and the State cannot alter the heart or police its desires. Demanding human rights only deals with what is external; it cannot address the internal problem that underlies our tribalism.

Tribalism has grown even as we’ve become a more secular society. Is that a coincidence? I don’t think so. Christianity – the faith we are abandoning – is, by definition, a religion based on love of your enemy. Jesus, always flying in the face of our natural inclinations, tells us to ‘love your enemy and pray for those who persecute you.’ We see this incredible teaching later embodied in his voluntary death – an act designed to bring about reconciliation between us and God. It was the ultimate demonstration of loving your enemy.

What has happened as we have moved away from any recognition of this truth claim on our lives, and marched into our secular age of ‘progress’? It looks like we have reverted to our most base instincts: that primitive, tribal, ‘us and them’ way of viewing the world, with no compelling, deeper reason to love our enemies.

It is this compelling reason given to me in the Christian faith that drives me to do the work I do, despite the fact that it has cost me anxiety-free party mingling and, more recently, led to a friend painfully ending our friendship.

The nature of my work is advocacy for preborn babies – a people group who don’t have a voice. They are a litmus test of a society’s ability to love people who are different from us. Before Christianity transformed Europe, infanticide was commonplace in the Roman Empire. It was Christians who changed all that, initially by taking in children abandoned on hillsides, but eventually legislation followed suit. The fact that infanticide has returned in the past sixty or seventy years is no accident– it’s a mere symptom of a deeper problem, that without faith we have no philosophically substantial reason to love the weak and the oppressed. Nature doesn’t teach us to do that. Our base instincts don’t teach us that. Secularism doesn’t teach us that. It is the Christian worldview that teaches us to do that, and which shaped the West along these lines.

Disagreeing well is only possible when you see another person as worthy of love. That’s something Jesus has shown to us, and I don’t believe that we will rediscover this basic civility in society until we return to the faith that shaped so many of the best parts of the modern world.

Photo by Matthew Brodeur on Unsplash