The vegans are coming to get you

Veganuary has become the latest craze of middle class Londoners. Veganism is growing in popularity and a culture war is emerging over the nation’s eating habits. But what’s driving the growth of this movement? 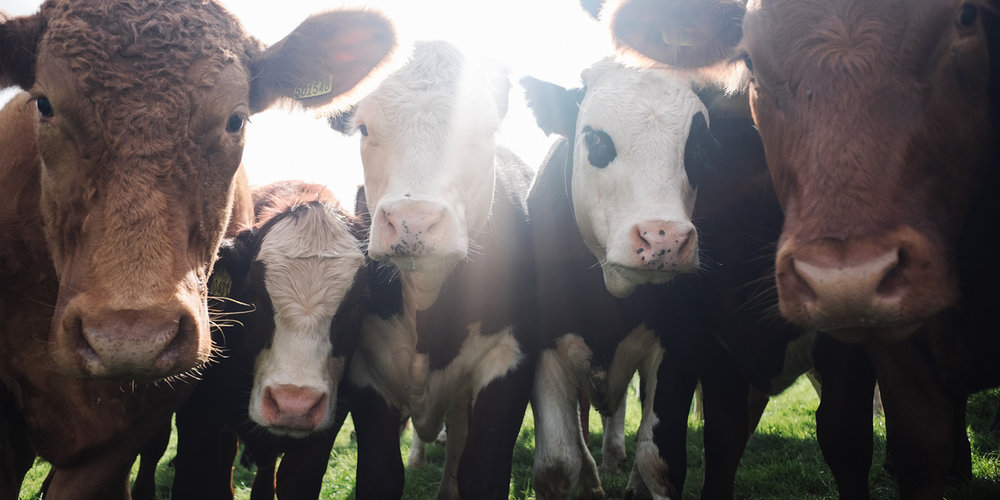 It’s January; the month of self-denial. Veganuary, the latest craze of the chattering classes is once again upon us. This time last year, 169,000 of us reportedly took up the challenge to go without animal products for 31 days. This year, the charity behind the campaign conservatively expects this number to be almost double. Perhaps you’re currently trying it, with a fridge full of almond milk, dairy–free cheese and yet another potato and lentil curry for dinner. Don’t worry, February is just round the corner and so are the beer and burgers.

Of course, this is part of a wider movement. Veganism has rapidly grown from a niche interest to a mainstream lifestyle choice. And whilst most of us aren’t vegans, over a third of us have adopted a position on the meat-reductionist spectrum. No doubt you’ve encountered meat-free Mondayers, flexitarians (basically a posh term for someone whose trying to eat less meat), pescatarians (only fish), or those who don’t meat unless it’s free range. My wife and I have often sought to reduce our meat intake. However, despite my best efforts, I still can’t contemplate a life without roast chicken.

How did veganism become so popular? This hasn’t primarily been driven by a well-funded mass marketing campaign from international quinoa barons and tofu producers trying to change our meal habits. No, the pressure to ditch the Great British bacon sarnie and Sunday roast has largely come about through a growing movement of enthusiastic vegan advocates. Most of us will have encountered a friend, a family member or an enthusiastic colleague who is a vegan themselves and has something of a missionary zeal to persuade others to change their dietary choices.

As veganism grows in popularity, it has transitioned from a simple lifestyle choice to become a progressively strident and vocal minority. To reduce your meat intake or eat a vegan diet has become synonymous with being a better person. Walking past a vegetarian restaurant recently, I saw written above the door, “Eat no evil”. Clearly, those adopting veganism are driven by genuine ethical concerns. But I wonder if there’s more to it than that. The writer James Dellingpole, currently a vegan for medical reasons, went further to describe veganism as “like becoming a monk or joining a cult”. There’s a sense to which the vegan movement has become self-righteous in the promotion of its agenda. Perhaps that’s why there’s so much backlash. No one likes to be told they’re one of the bad guys for simply eating a pork pie. And as the movement grows, so does the reaction. William Sitwell, editor of Waitrose Food magazine was the latest prominent example. When one freelance journalist suggested the magazine feature a series of vegan recipes, he (humorously) responded with the idea of a series of articles on “killing vegans, one-by-one” and was subsequently forced to resign.

It’s very easy to take potshots at the vegan movement and its adherents. But I wonder whether their sense of moral superiority isn’t actually a relatively common human tendency. We pick an issue that we think is morally important and start to build a worldview or ethical framework around that issue. Quickly, those who disagree with us become the enemy, or at the very least, our unenlightened inferiors. For many feminists, the patriarchy is the root of all evil and the cause of many of the world’s problems. For some environmentalists, the only problem we should focus on is the poor state of the planet.

Why do we do this? Partly, the simplicity appeals to us. We like boiling down the problems of the world to one problem and finding someone to blame. But I think it also speaks to the human tendency to self-righteousness. We all have the desire to justify ourselves. Veganism. Clean eating. Giving up booze. We like doing these things because they make us feel better about ourselves. We like fighting on the side of the good guys. Heck, we like being one of the good guys.

And yet, I’d argue that this is actually the greatest problem we face. Not least because this self-righteousness stops us listening to and learning from each other. This sense of ego is what’s so destructive to human relationships and stops us from collaborating together to solve the world’s greatest challenges.

Ultimately, this almost universal sense of self-righteousness, behind many of the world’s social and political movements, is a much bigger problem than most people realise. If we’re not willing to admit our inherent flaws, we risk missing out on Jesus’ offer of forgiveness and reconciliation with God. Jesus described his mission, ‘Healthy people don’t need a doctor, sick people do. I have come to call not those who think they are righteous, but those who know they are sinners.’ [1]. The single biggest prerequisite to responding to Jesus’ offer of eternal life is to admit that you need his help and his forgiveness. Which is, ironically, one of the hardest things in the world to do.