The wanton act of reading in bed

Community is hard. But have you ever noticed how the hardest things are often the most rewarding? 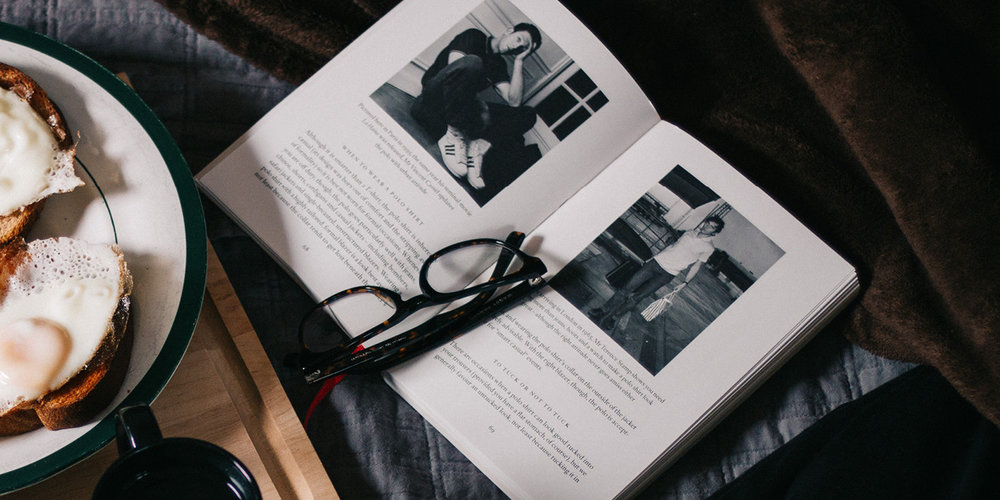 Last night, I did something subversive: I read a book. Alone. In bed. Doesn’t sound particularly earth-shattering, does it? But for the vast majority of human history it would have been. According to a recent article in The Atlantic, reading in bed was at one time considered ‘a moral failing’, ‘wanton’, even ‘depraved’ [1].

In part this was due to the practical concern that if you fell asleep while reading, your candle might set light to the curtains. Yet it was also to do with the way society was changing, and people’s natural suspicion of shifts in the moral order. Before the invention of the printing press in the 15th century, written materials were time-consuming to produce, and thus owned by only the very rich or religious institutions. The dissemination of information was therefore a communal practice, where people would hear a new idea and discuss it, process it and assimilate or reject it together.

Even as books grew more accessible, there was no guarantee that you would be able to read alone. Certainly you could read silently, but the notion of having one’s own bedroom, or any kind of private space to oneself, was still a long way off. It is still within living memory that most families would have just one room — and often only one or two beds — in which everyone, parents and children, slept. And elsewhere in the world this practice is still common. Individualism and solitude are very much Western Enlightenment ideas, not the natural order, as we can often be tempted to think.

Yet such cultural advances aren’t without their costs. In gaining our individualism, we lost our connection to our communities. People in the 18th century ‘feared that solitary reading and sleeping fostered a private, fantasy life that would threaten the collective’ [2].  This idea may seem laughable, but these new solitary activities, although perhaps not the cause, are certainly symptoms of a cultural shift away from the idea that the community is more important than the individual. We’ve shifted so far, in fact, that for most of us the very idea of being part of a ‘collective’ — let alone one which could be threatened by independent thought — sounds more like a cult than a culture.

We place a high value these days on thinking for ourselves, but that tends to translate into thinking first and foremost of ourselves. If you’ve ever felt frustrated at why your boss/partner/friend can’t stop being so selfish and see things from your point of view, it is simply because he or she is chronically out of practice. We are so used to seeing the world through our own unique lenses that it becomes incredibly hard to put ourselves in someone else’s shoes. Acts of selflessness and compassion go viral on social media because they are the exception, not the norm. We expect and want the government to deal with everyone’s needs, rather than assuming we will do all we can to help our neighbours and only resort to social provision when absolutely necessary.

And yet, there are signs that we long to be part of something bigger than ourselves. The moments we are proudest of as a culture are those times after a disaster when we are able to pull together and sacrifice for others. Within hours of the Grenfell Tower tragedy last month churches and community centres in the area were full to overflowing with food, clothing and household goods as people all over London flocked to help those who had lost everything.

Such responses are powerful, and we feel rightly proud of them, but once you’ve delivered your spare duvet and tins of beans, what’s next? The immediate physical needs are met, but the long term practical and emotional ones remain, maybe for years. True community is for life, not just for 48 hours.

True community involves giving of yourself, day after day after day, even when the sense of urgency has long since faded. It means putting yourself out for others — even those you don’t particularly like. It means being open and teachable, willing to accept you may be wrong and that people poorer, younger, uglier and stupider than you might lead you to the right answer. And it means being on the receiving end of all of this, too. It means you have people there to help you in your time of need, totally committed to your personal growth. You are loved and respected unconditionally. You are not ignored; your views are heard.

It sounds hard, I know, but have you ever noticed how the hardest things are the most rewarding? We aren’t supposed to just drop out when things get difficult or challenging, we are supposed to push on, having our rough edges knocked off, and grow in resilience and character.

This kind of radical community is at the very heart of genuine Christianity. While the word ‘church’ conjures up images of hard pews and medieval architecture, in reality the church has historically existed independently of buildings — in homes, in fields, and even hiding in caves. ‘Church’ is not a place, it’s a shared experience, a community that welcomes you in, and wants you to stay. This kind of community asks a lot, but it gives a lot in return. It may be far from perfect, but, in this individualistic, self-obsessed culture we live in, we sorely need to recover this kind of shared life [3].