Confessions of a 26-year-old virgin

This guy claims to have found something better than sex! Joker. But seriously, is he right? 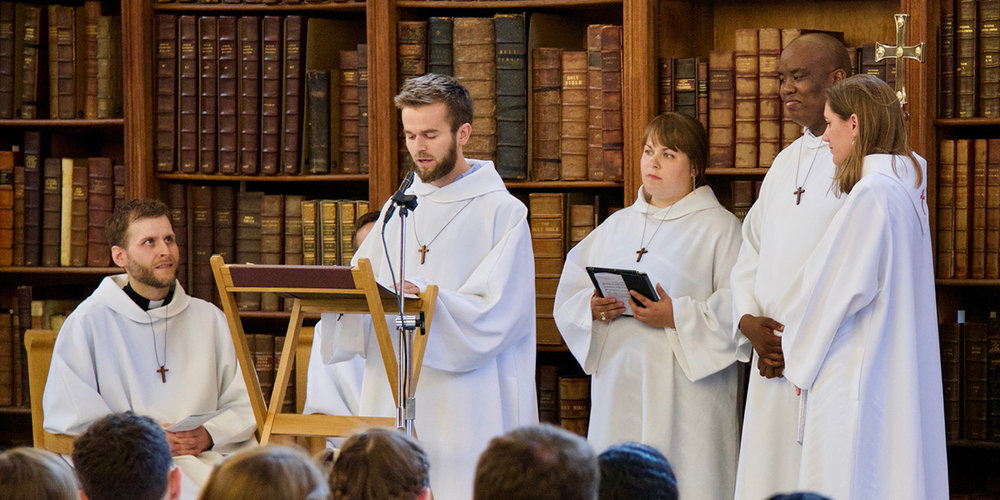 In case you didn’t pick this up from the title of this article, I’m a 26-year-old virgin. I’m also a part-time monk and I’ve taken a ten-month vow of celibacy, which means I can’t even date. In true ‘monk’ style, I need to make a confession or two about my sexless status.

I should clarify: It’s not that I’ve never had a girlfriend or I’m against dating, I’ve just chosen not to have sex. I’m also not putting sex off because I think it’s bad or wrong, rather I believe it is an absolute God-given gift.

So why on earth would anyone ever choose to turn down the most powerful and satisfying experience known to humankind? How bizarre my decision must seem in the context of the sex-centric world we live in, a world that puts the satisfaction of our desires at the centre of our reason for living. ‘Anything goes in the pursuit of happiness’, right?

Wrong. Well at least in my experience. Without limits, following my desires has caused me some deep emotional pain in romance and left me broken at times. It seems, no matter what, my desires always want more than is on offer.

I think I’m talking about an experience common to us all. We know seeking our own happiness and short-term fulfilment can hurt us. But, despite this, we cannot seem to shake the logic that we can do whatever we want, as long as it doesn’t directly harm anyone else. My vow is such a social novelty because today’s commitments are expendable if they stop making us happy.

This attitude has led to predictions that half of people  my age will never decide to marry, the biggest relational commitment there is [1]. The deep pain of divorce and family breakdown has crushed my generation’s faith in marriage. But Harry Benson, research director for the Marriage Foundation, points out that the statistics do not leave cohabitation as a rosy alternative: ‘Cohabiting couples account for only 19 per cent of parents but 50 per cent of family breakdown. Among parents who stay together until their children reach 15, a tiny seven per cent are cohabiting couples’ [2].

Rightly, we want to avoid the pain of divorce, but sadly it appears the common answer, cohabitation, is causing more hurt, not less. The wisdom of former generations has been eroded, but I think we are yet to find a convincing alternative. We don’t appear willing to trust others for our fulfilment. Instead our primary duty appears to be to ourselves. This desire is often just a very well hidden and unrecognised commitment. A commitment to putting our own pleasure first, in whatever form it takes, no matter if we’ve vowed to be with someone else ‘until death do us part’. But pleasure is an insatiable master who always wants more.

Now for my first confession: I’ve never had a period of my life where I’ve been more attracted to so many other people! When you make a vow of celibacy, desire doesn’t disappear.  Instead, it’s channelled. Pleasure isn’t number one. My vow assures me it’s a ‘no’ from the first butterflies, instead of falling into my usual trap of second guessing everything. Almost oxymoronically, my experience of subduing my desires has led to a deeply fulfilled and joyful period of my life. It’s a big thing for me, coming from a time of battling depression.

My second confession will be a great disappointment to my mum: I’m going to extend my vow of celibacy. It’s brought me joy and peacefulness, it’s given me so much more time for others, and it’s kept my heart from heartache. I’ve been more able to engage with people as people, rather than it revolving around attractiveness. If I go back to dating, I hope I won’t be the same. I used to fear commitment, now I relish its clarity.

But the deeper question this vow has led me to ask is who or what do I allow to master my life? What do I commit to living for? Rather than follow an unconscious commitment to make myself happy, I’ve chosen to make God the master of my life. I’ve never had such a period of joy before, despite the fact I’m not free to do whatever I want. I’m okay with that, because chasing pleasure always left me wanting more and never satisfied. God is the opposite; my faith brings me deep satisfaction and contentment. At its heart is the belief that I’m loved more than I can comprehend and that is enough to satisfy and surpass my every desire.

God sees all of me, all my imperfections and loves me completely. Ponder that for a second. I think at the heart of romantic relationships is a desire for this love, to be fully seen and known. To be accepted just as we are, not who we say we are on our Tinder profile. Thanks to Jesus, I’m forgiven, accepted and loved by God, and that’s why not having sex is just not that big a deal for me.