It's the most wonderful time of the year. Or is it? It has become fashionable to moan about the forced jollity and consumerism of Christmas, but isn't that just as much a capitulation to the marketers' dreams? What if Christmas, perhaps...means a little bit more? 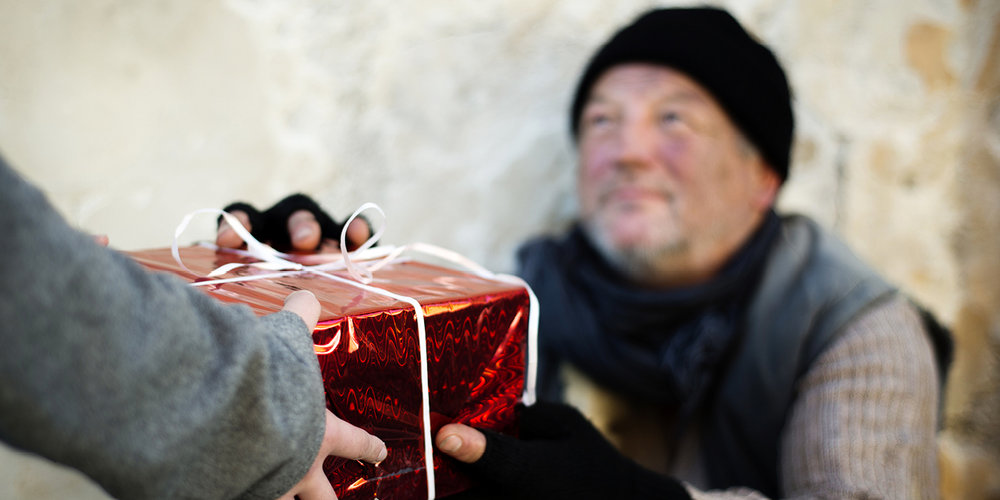 It’s the most wonderful time of the year. Friends and family all gathered together around the fire, children’s eyes light up with the sight of a tree surrounded by presents, an entire month of guilt-free drinking, feasting and best of all, pigs in blankets. Perhaps that last bit is just me. But Christmas has turned December into a glorious, month-long party where almost no work is expected to be done. Bliss.

Except it isn’t bliss for everyone.

It’s become pretty fashionable to bemoan this depiction of Christmas. What about those without family? Or somewhere warm to stay? Or crippled by debt? Or so many other issues in our broken society?

The post-Christmas hangover absolutely justifies the moaning. Come the end of December, one in five couples consider a divorce, leading to the first working Monday of January being dubbed ‘Divorce Day’ [1]. Our celebrations cost on average £750, leaving one in six at the end of the festive season extremely worried about their indebtedness [2]. All of this is summed up by Blue Monday, the third Monday in January which is said to be the most depressing day of the year [3].

Joy to the world indeed.

Christmas has turned into an expensive battle to live up to expectations dreamed up by marketing teams with a £6bn slush fund [4]. Marketing that finds great success playing on your insecurities, generating previously non-existent needs and stoking every family’s longing to just be ‘normal’ and not argue.

As long as Christmas is either about fulfilling a marketer’s dreams or bemoaning the pressures that come with those same expectations, we are going to remain stuck in a rut. There will always be people who have, or have-not, if the season is to be defined by having the right stuff and comparing your family against whatever ‘normal’ is. I think we’ve lost before we’ve begun.

The popular Guardian-esque attack on the season is often simply a negative reinforcement of it [5]. If you moan that not everyone experiences Christmas as it appears in the adverts, you are inadvertently implying the adverts are the ideal to live up to.

Moaning is like cursing the darkness, it changes nothing. Yes, we should certainly lament the darkness. But darkness is only overcome by light, offering an alternative.

Christmas was never meant to be about the haves and have-nots. It was meant to be about hope. A hope that was open to all, free at the point of entry. But rather like our beleaguered NHS, everyone knows that Christmas is good but broken and in need of serious attention. Debt and Divorce Monday confirm it. Yet there doesn’t seem to be an answer to our problems.

That’s how it was at the first Christmas. God hadn’t spoken to the Jewish people for 400 years, they’d been dragged from pillar to post, and found themselves under oppressive Roman rule.

Into this impoverished situation came a baby. His followers believe he was both fully human and fully God. Four hundred years of silence was pierced by God, crying as a baby. The message of hope Jesus brought was beautifully simple and truly open to all:

God loves you enough to decide to be born as a baby into poverty, become a refugee, be homeless, and, when he grew up, be tortured and killed, all in order to restore the brokenness we each feel particularly acutely in January.

How? Jesus didn’t stay dead. Two thousand years has not produced a single historically accurate and logically consistent case against Jesus’ resurrection. I know, it’s nuts. Through the resurrection, Jesus defeated death, and that is the true hope of Christmas: death isn’t the end for anyone who believes.

There is no further because; because we are all broken and messed up. God can’t love that. If our current celebrations of Christmas don’t prove to you how broken we are, I don’t know what will. God doesn’t love you for any other reason than because God is love.

This is the real hope I have found and that has transformed my life. I believe it is the answer to our consumerist Christmas and our stressed out society. But you’ll need to do your own investigation into Jesus’ life, if you want to know whether he really is the alternative our Christmas season needs.

Once you realise the immense value of the hope you have, it frees you up to care more about people in need at Christmas, rather than making the festive season another opportunity to see how poorly your life measures up to a marketer’s dreams.

Perhaps this Christmas you want to test the Grinch’s line of thought,

[1] ‘Lawyers prepare for “Divorce Day” as Christmas holidays take their toll’,  The Independent, 3 January 2015
[2] ‘Over half of consumers expect to still be paying off Christmas shopping this time next year’, City AM, 28 December 2016
[3] ‘Blue Monday 2017 could be bluest ever, says expert behind equation’, The Telegraph, 16 January 2017
[4] ‘Christmas ad spend “to hit record high”‘, BBC News, 10 November 2017
[5] See this tweet for a sample of The Guardian’s columns about Christmas