Cracking the Black Mirror: will we even notice when technology takes over?

Honestly, could you go a day, even an afternoon, without your phone? Is whatever you're reading this on is taking control of your life? If you hesitated answering either of those questions, this one is for you! 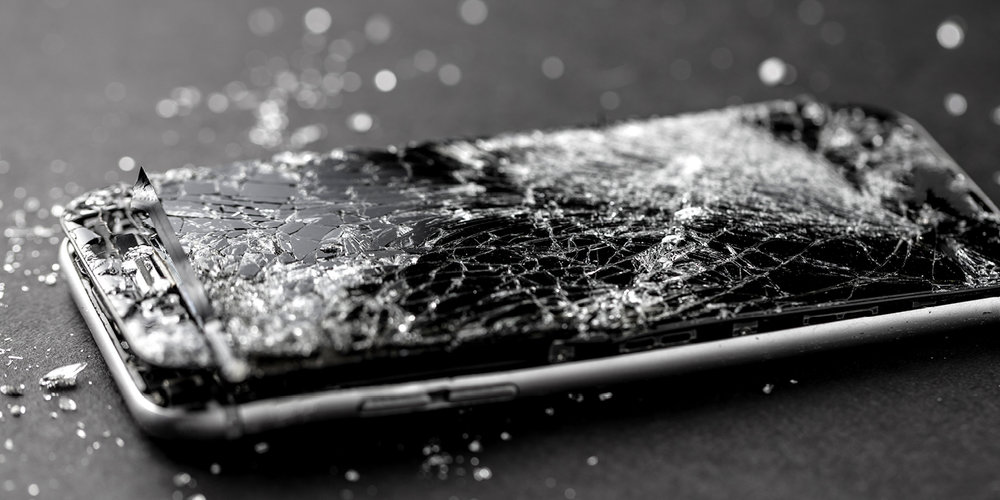 Imagine you went back 15 years, to a time when the credit crunch wasn’t a thing. Oh, if only…

WhatsApp, Instagram, Snapchat also weren’t a thing. The iPhone was still five years away. Do you think people would have believed how much of our lives would be controlled by a pocket-size piece of glass, silicon and metal? I doubt they’d believe the levels of depression, anxiety and dependency we’ve developed because of our phones.

I think we’d believe the technology we have today was possible. But the radical transformation it’s brought about in our behaviours in such a miniscule amount of time is unprecedented. It’s disturbing how lost I feel without my phone by my side.

Shows like Black Mirror tap into this collective unease. The show’s delectably dark dystopian depictions of a near-future have dispensed with traditional, predictable, upbeat endings. Often the show’s final act is a cruel twist that leaves without the ending you expected, to be more like real life. Black Mirror’s aim is to reflect the radical transformation happening today and how poorly humans use technology.

I think such shows are capturing the Millennial mood. Black Mirror breaks the Disney ending. Millennials were raised on the belief that if we worked hard, we could be anything. In reality we are finding that we appear destined to be the depressed, worse-off-than-our-parents, divorced-or-unmarried generation. All set to the cacophony of Brexit, Trump, North Korea; just to crush any remnant of hope.

Given all the draining news that’s about, Black Mirror feels like a weird escapism, and I’m looking forward to the fourth season, which comes to Netflix in two weeks’ time. I find comfort in the fact that the world isn’t like Black Mirror, yet. But I believe it soon will be. Given the total transformation of our lives since the invention of the iPhone, the almost certain all-encompassing impact of technology on our habits and emotional wellbeing in another 10 years scares and intrigues me.

Three years ago Facebook published the results of a vast experiment in which it manipulated information posted on 689,000 users’ home pages. They discovered that by filtering people’s newsfeeds in certain ways, they could actually change the users’ emotional state [3].

Or take politics. The dominant way the majority of people engage with it is now dictated by newsfeed algorithms. The purpose of newsfeeds is to keep us online and entertained, so we can be advertised to. Social media doesn’t profit from nuance or ecumenical approaches. It profits from our attention. One of algorithms’ off-springs is fake news, far more clickable than reality. Who saw that coming? Even a few years ago? But it turns out we now have Russian Twitter bots twisting the election narratives in America and the UK [4].

James Williams, an ex-Google strategist who built the metrics system for the company’s global search advertising business, has had a front-row view of an industry he describes as the ‘largest, most standardised and most centralised form of attentional control in human history’[5].

To put it another way, Google is the closest thing the West has had to a supreme, all-knowing, all-powerful being since it believed in the Judaeo-Christian God. Until recently, Google’s unofficial slogan was ‘don’t be evil’, a marked step down from God’s claim to be all-loving. Google’s new slogan ‘do the right thing’, is surely a marketing ploy masking the new gods of Silicon Valley’s true objective; to ‘maximise shareholder profit’ [6].

I’m not saying technology, tech giants or profits are evil, that’s far too crude and boring.

The beauty of Black Mirror is that technology isn’t the villain. The issue is human beings.

Although it is demonstrably true that algorithms shape the way we see the world, the reason they can do this is because they simply prompt us to do exactly what we wanted to do anyway. Facebook and Google haven’t invented new patterns of behaviour to force us into. They have simply learned, from an unparalleled amount data, what human beings actually watch, click and Google. The staggering levels of data they hold have allowed them to cater to and capitalise on our true digital desires. Like God, they see the real us.

And when you look at our real response in the digital world, it’s not pretty: we insult people, their abilities, their looks and their beliefs more frequently and with more vitriol than we ever would to their face. We ensure we only encounter people who think just like us, and mock others as completely alien from the safety of our keyboards. We make our lives look great, living for the dopamine buzz of the Facebook ‘like’ notification, both masking and feeding our insecurity and anxiety.

I don’t buy that technology has made us like this. It is simply revealing what was already inside. Sure the changes have happened quickly, but I highly doubt technology has altered human nature. Rather it’s just allowed us to be more free to express our existing selfishness, insecurity and hatred, by removing many of the social ramifications of expressing our ugliness.

So, what do we do? Accepting I’m an ugly mess was the first step I had to make to become a Christian. So the dark side of technology comes as no surprise to me. It hasn’t taken unparalleled data for me to know what my faith has always claimed was true.

So, will I ditch my phone? No. It isn’t evil! I know I’m a flawed man and the root of that flaw is not technology. And therefore, neither is the solution. Technology is simply another area of my life where my flaws can flourish.

Unfortunately, this article wasn’t sponsored by Disney. My Black Mirror inspired ending is that I believe that technology will take over your life if you don’t deal with the root of your flaws. And with that, I’m off to enjoy an entire season of Black Mirror and I’ll probably do so in record time thanks to Netflix’s autoplay feature.

[1] ‘Facebook told advertisers it can identify teens feeling ‘insecure’ and ‘worthless’’, The Guardian, 1 May 2017
[2] A reduction in friends posting “positive emotional content”, resulted in participants posting fewer positive posts. The opposite happened when friends posted negative content. Thereby demonstrating that Facebook has the power to filter newsfeeds and therefore people’s emotional state in either direction. In the study’s own words, ‘Emotions expressed by friends, via online social networks, influence our own moods, constituting, to our knowledge, the first experimental evidence for massive-scale emotional contagion via social networks.’ Facebook reveals news feed experiment to control emotions’, The Guardian, 30 June 2014
[3] ‘How Russia’s Election Meddling Could Spell the End of an Era for Facebook, Google and Twitter’, The Independent, 19 October 2017
[4] ‘‘Our minds can be hijacked’: the tech insiders who fear a smartphone dystopia’, The Guardian, 6 October 2017
[5] ‘New Google Parent Company Drops ‘Don’t Be Evil’ Motto’, Time Magazine, 4 October 2015