More than just a life hack

How are you doing with your New Year's Resolutions? Are they helping you achieve lasting fulfillment? If not, try this... 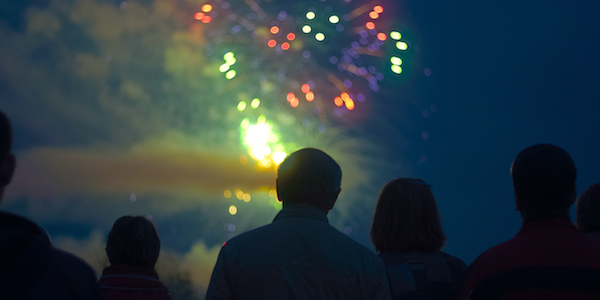 So, how many New Year’s resolutions did you make? And how many have you broken already? Apparently, most of us break our resolutions — if we’ve made any — by the 24th of January [1]. So you’ve got a few days left to make them stick. Good luck.

Given that we know how unlikely we are to keep our resolutions, why do so many people keep making them? Even if you don’t do it formally, I think most of us spend time once in a while — perhaps at birthdays or on holiday — considering how life is going to be better in the next season. We’ll lose weight or eat more healthily, cut down on alcohol or give up smoking. We’ll leave our dead-end job for something that fires us up. We’ll travel more, read more, relax more. We’ll spend more time with our family, get more organised or more creative or more…whatever it is we feel we’re lacking [2].

All these are good things. Some of them are great things to do. But are they really going to scratch that itch? Are they really what we’re looking for?

Picture the scene: you achieve all your resolutions, then somehow get a sneak preview of your own obituary. Mine might read something like this:

‘In the last months of her life, Jennie cut back on the chocolate and sweets and ate vegetables nearly every day. She finished all the books on her ‘to read’ pile and kept her house very tidy. She worked efficiently, earned more money than the previous year, and had a really cool holiday.’

Hmm. Nice, but not really what I want to be remembered for. So why do so many of us spend so much of our time trying to improve our bodies, our lifestyles, and our homes? We live in one of the richest nations in the world (yes, even after Brexit), yet still there seems to be something missing.

Good health, cleanliness, creativity, wise use of time, and seeing the world are great things, of course, but they’re not ultimate things. They’re not fulfilling over the long-term, because they’re not deep down what our hearts are yearning for.

It’s tempting to blame these desires on the media, but the problem wasn’t created by consumerism – in fact, quite the opposite. Long before DIY shops, dieting books, glossy advertising, or endless self-help manuals, people were already dissatisfied with their lot. As long ago as 400AD, Augustine of Hippo was noticing it, and looking for the solution.

Admittedly, people back then did have it tough, and you couldn’t blame them for wanting a bit more comfort in their lives. But think about it — how many of the things we make resolutions about are things they already had in spades? They had plenty of exercise, they weren’t glued to any screens, they were creative and worked with their hands, they spent lots of time with their families, all their food was 100% organic, and not one of them smoked. Yet they weren’t happy.

Augustine was a Roman citizen who had grown up in a backwater of the Roman empire, in what is now Algeria. As a young man, he studied at the university in Carthage, where he lived a dissolute, hedonistic life, taking a concubine and trying out different religions and philosophies in his pursuit of truth.

‘Our hearts are restless,’ he later wrote. It’s not our bodies, not our experiences, not our surroundings, but our hearts – the innermost core of who we are – that needs fulfilment. And the solution he found? ‘…Until they can find rest in you’ [3].

The ‘you’ he references is God. Augustine had tried to feed his inner yearnings with the equivalent of more exciting experiences, more fulfilling physical sensations, career advancement, and the religion of the day, and none of them had given him the fulfilment he desired. But when he read the Bible, he discovered the answer to all those yearnings.

It still works today. Even in 2017, the authors of Salt and many of our friends and families can say without hesitation that once our hearts were restless, always searching for the next gadget, diet, or experience that would unlock that deep sense of peace we longed for. Like Augustine, we found the answer in the God of the Bible. It’s not a quick-fix life hack; it means a complete change of life, and may well include giving up some of those pleasures that have failed to satisfy thus far, as indeed it did for Augustine. But it’s giving up the shadow of the pleasure for its concrete reality, giving up the restless search for the ultimate rest.

Life isn’t perfect for any of us, by any means; there are still things we’d love to change, but we know that these things are just window dressing, or icing on the cake. They’re about using our time and resources well rather than meeting our deepest needs, because those needs have already been met.