Maybe it’s not society that’s sick after all

I'm sick of hearing about our screwed up world and the horrible things people do in it. But more than that, I'm sick of my inability to admit how much of the problem I am myself. We label society as 'sick', but what is society and its behaviour if not a collection of us individuals and the choices we make? 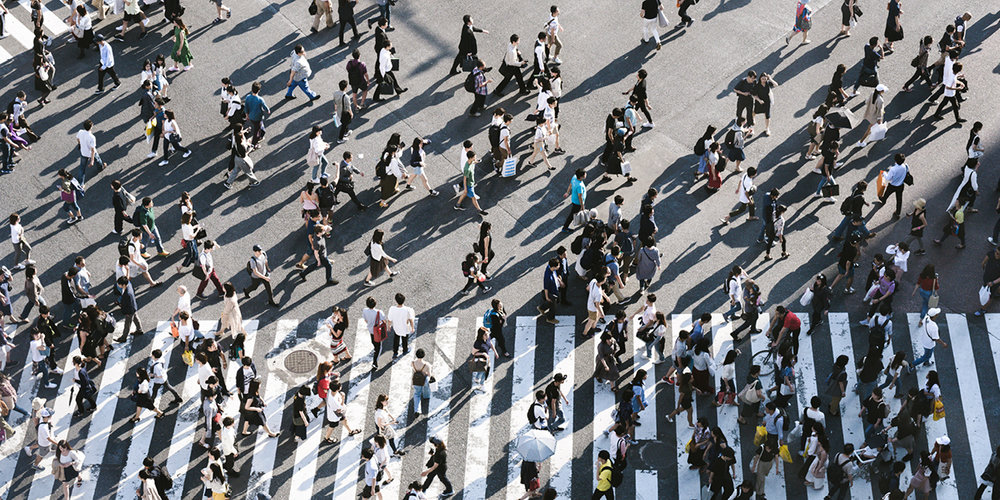 Society is sick. That’s the answer we throw around in response to the disease, depravity, disaster and despair that we witness in the world. Paedophiles: society is sick. Famine: society is sick. Depression: we’re sick because of society. Well I’ll have you know that I’m sick. Sick to the back teeth of hearing about how messed up society is.

It seems ‘popular psychology’ today encourages us to look for the causes of our problems in our external circumstances, and never from within ourselves.

Think about the excuses and explanations you have heard others give, and perhaps given yourself, for various bad decisions made and the negative consequences that ensued. I lie because my father was dishonest. I had an affair because you don’t love me the way I need you to. I struggle to control my temper because of hurt in my past. Of course, things in our past do affect the way we see the world and that in turn affects our behaviour. However, the tendency has shifted towards self-diagnosing and explaining away our choices to such an extent that often we fail to take responsibility for our own moral shortcomings. I know I do.

Nothing exposes your inability to behave well like having three younger sisters. One time we were in the car driving home and one of my sisters was being highly irritating. I don’t remember specifically what she was doing, I just remember the writhing sensation in my gut that she was causing. The car pulled in somewhere and I undid my seatbelt with great fury, whipping it off and whacking the metal end right into my sister’s (annoying) face. But it wasn’t my fault. It was hers for being so excruciatingly frustrating. It was the seat belt’s fault for being so ping-y. It wasn’t me. I still got punished for it though.

Why do I bring this up? Well, I didn’t accept responsibility for my behaviour but it had negative consequences for me. This happens on a much larger and deeper scale in society. As long as we blame-shift our moral choices onto external factors and the sickness of society, we fail to accept our responsibility for the decisions we make and continue making them, so the vicious cycle does what vicious cycles do best: repeat. Regardless of the darkness your past may hold, there is something intrinsic within all of us which inclines towards what we sense to be ‘good’ and warns us against moral wrongs. That’s why we blame-shift in the first place: we feel guilt over things that we do wrong because we have a sense of things as ‘right’ or ‘wrong’, and we know which we’d rather be, so we squiggle and squirm until we feel we are in a position that paints us as ‘right’.

Yet no matter how hard we try we never succeed in doing the right thing all the time; we can’t fix ourselves. So what hope is there? Is it not better to call society sick, and turn our faces away? Surely we will never solve the problem, for how can your individual effort impact the world? This is a rather depressing conclusion to arrive at, so it is no wonder that we neglect our responsibility as the source of the pain in the world. Rather than be depressed, we turn a blind eye and continue in deliberate ignorance of our culpability.

But what if there’s a third option, one that is better than wretched self-condemnation or deceptive self-righteousness? What if there is grace, freedom and release waiting when we accept our personal issues? Regardless of whether or not you believe the claims of the Bible, the impact it has had on shaping Western morality and the justice system is unquestionable, and all of it was carried out by individuals whose lives were changed and who decided to make a change in their turn. Yet none of them would say that they did it in their own strength: only the power of God could both change them for the better and change the world through them. For example Paul, the author of a large proportion of the New Testament, was a violent racist and a murderer before his conversion; he calls himself ‘the worst of sinners’ [1], yet his individual transformation affected a multitude of nations for the better.

The Bible is filled with story after story of humans who messed up. Adulterers, cowards, thieves, traitors, all these and more can be found within the pages of that ancient book. Psalm 107 tells of people who fail and rebel in various ways. However, it exemplifies the greater Bible narrative: redemption. The Psalm is filled with the refrain, ‘Then they cried out to the Lord in their trouble, and he rescued them from their distress’ [2]. These people came to the point where they recognised that all the external problems they faced were not in fact the cause, but symptoms of a greater internal issue – the brokenness in every person’s heart. And each of them knew that the answer had to start with them; it could not be solved with blame shifting.

Only by accepting their own shortcomings and culpability, asking God for his forgiveness and transformation, and committing to live new lives, seeking the good of others above themselves, could they, and their broken society, be transformed. I believe the same is true today. And it begins with you and me.

Photo by Ryoji Iwata on Unsplash