It’s Black History Month, where we reflect on the past contributions of black people in society. Christianity has often played a major role—but is it essentially a white man’s religion? 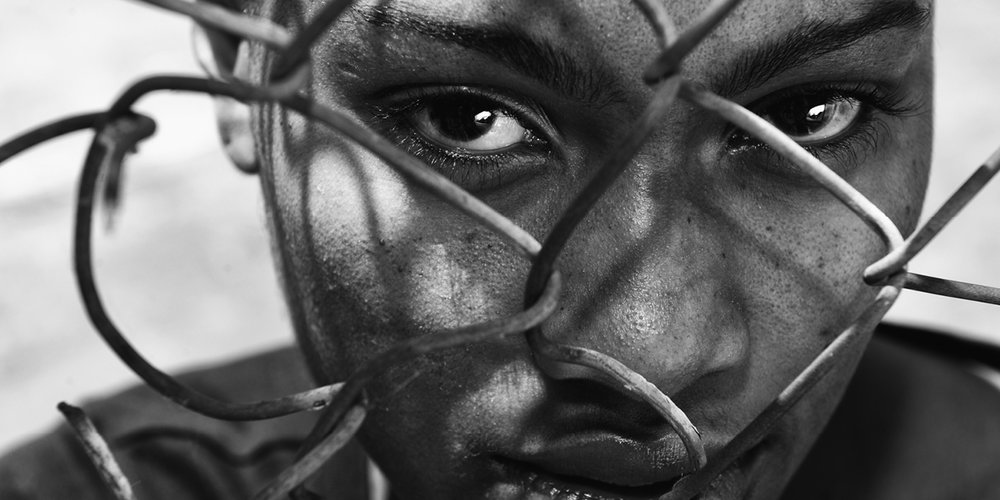 Following the Grenfell tower fire this year, a friend invited me to a fundraising party in Brixton, raising money for the victims of the tragedy. Due to the demographic of the area, and the theme of the night itself (Afrobeats and RnB music), the majority of guests and performers were from the African and Caribbean community, like myself. While ordering a drink, I got chatting to Nathan, a black medical student studying in London. After passing time with the usual small talk, we got into more serious matters such as the injustice of recent events, the politics surrounding the response to the fire, and the work of charities involved with the victims.

But we then moved onto one of those topics you’re told to stay clear of during introductory chats or dinner parties: religion, and more specifically Christianity. Nathan’s position wasn’t unusual for a 21st century Londoner: there probably isn’t a God. As we chatted, he raised the typical objections such as suffering and the progression of science, to support his case. But his biggest objection was what surprised me most: ‘You know what, man, when we get down to it, Christianity’s a white man’s religion.’

‘Erm, what do you mean? Loads of black people are Christians today right?’ I said, sipping my Supermalt beverage…

‘It’s obvious! Christianity has largely been used as a way for white people to control other races, and to deem them as inferior. Any present experience of Christianity amongst ethnic minorities is a hangover of this power play.’

I initially wanted to push back. The numbers of churchgoers from ethnic minorities within the UK is, as a percentage, higher than their actual population [1], with their presence largely stemming the decline of religious expression. I also thought of the rich heritage of faith that has been present within ethnic minority communities both in this country and around the world. But I could see where he was coming from and, sadly, much of history supports his perspective.

We could talk about the transatlantic slave trade, where millions of people were transported from Africa across the Atlantic Ocean to be sold as property, largely coordinated by individuals who proudly called themselves Christian, and who often used the Bible to justify their actions. Or we could point to mainly white missionaries who, when bringing the sincere message of their faith to the primitive societies of Africa and Asia centuries ago, were often also part of the wider process of colonialization, diluting the local cultural heritage and identity. More recently, in the USA, the refusal of some NFL athletes to sing the national anthem in protest over discrimination against black people has exposed divides within the church, with some white Christians valuing patriotism over racial justice. It’s this pattern which perhaps led Malcolm X to support the sentiment that ‘The Christian religion is incompatible with the Negro’s aspirations for dignity and equality’ [2].

Despite wanting to disregard Nathan’s argument as a mere avoidance of engaging with the issue of God’s existence, I felt that he perhaps had a case. Much evil has been committed by supposedly religious people, to the detriment of others because of their skin colour. But what does this actually tell us?

There is often a direct link between the teachings of a religion, and the practices that flow from it. For instance, Hinduism teaches that a person’s place in the social scale is determined by how well he or she lived in a former life. Hindu societies are therefore divided into a hierarchy of classes, dictating all aspects of social life, from what jobs an individual can do, even to who they can marry. Consequently, the quality of a person’s life varies drastically, depending on their caste. The poor treatment of the lower classes, especially the Dalits, or ‘Untouchables’, is therefore completely consistent with the worldview and teachings of the religion.

On the other hand, evil actions can also be inconsistent with the teachings of a belief system. When Karl Marx originally wrote about how to eliminate poverty, it’s probably fair to assume that he never intended for these ideas to lead to the killing of millions of people in China and Russia, 100 years later. But individuals have a tendency, for whatever reason, to distort (or just deny) the teachings of a position to further their own ends, and to often restrain the freedoms of others. So this begs the question; are the acts we have witnessed in the name of Christianity consistent with what Jesus taught?

A claim made within the Christian faith is that all human beings are made in the image of God [3], which on the surface sounds quite flowery and spiritual, but means that we are created equal. Christians who deny this equality through their actions distort Jesus’ teaching, and are not acting consistently with the commands given to Christians in the Bible.

The 1st century writer Paul noticed that a church in what is now Turkey was dealing with these issues. They lived in a racially divided community, and the local tensions surrounding identity and value were spilling over into the church. Rather than the white and black divide, back then it was Jew and Gentile. And Paul’s advice to this church as they tried to work out how to address their prejudices gives us a fascinating insight into how Christians should see one another: ‘There is neither Jew nor Greek, there is neither slave nor free, there is no male and female, for you are all one in Christ Jesus’ [4]. As human beings created equal, all are welcomed by God, with racism or partiality being an abomination to our common humanity. As history has shown, many have sadly denied this reality, but the types of injustices listed above are not simply cases of abuses of power, they are actually evil and contrary to the true teachings of Christianity.

If Paul was writing this article, he might have titled it, ‘Christianity: a Jewish man’s religion?’, and the answer he gave over 2000 years ago is the same answer he would give to Nathan in Brixton, in 2017—no way! As is the way at these parties, my conversation with Nathan got interrupted and I was never able to tell him that I attend a church seeking to be faithful to the Bible’s vision of inclusion, where I have experienced this equality first hand. The Christian story of Jesus dying for all of humanity is just that, it is for all.