The problem with politicians

It’s not just that we don’t trust politicians — people now actively despise the. Why? 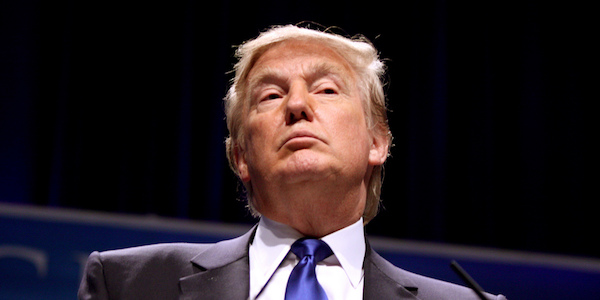 I remember spending a summer’s evening a couple of months ago with friends in London, and asking an American what she thought about the state of politics in her country. You could see the resignation on her face as she explained the dire choice she had to make in this year’s US election, between two candidates nobody had any confidence in.  What drove her to the ballot box was not vision or inspiration, but that one candidate was significantly worse than the other, and possibly even posed a threat to national security. Her sense of sadness was palpable.

But as fascinating as the run-up to the US general election is, failing politicians isn’t just an American phenomenon. Within the UK, we have many who are dissatisfied by a Conservative government offering little hope to a tired nation, a Labour Party too busy fighting amongst themselves to provide any real opposition, and the cloud of division hanging over the UK post-Brexit. The situation is probably best encapsulated by the expenses scandal of 2009; soon after the economy went bust, public officials trusted with taxpayer’s money were caught syphoning off expenses unfairly for themselves, and abusing public trust.

The lack of leadership and direction we yearn for as a country has led to dangerous levels of cynicism and disillusionment amongst us all. It’s not just that we don’t trust politicians — people now actively despise the political class, and it’s become almost vogue for someone to say something disparaging about politicians. It’s even led to us voting for candidates who pose themselves against the status quo, the quirkier more authentic types, the Trumps, Johnsons, even, in a slightly different vein, the Corbyns of this world. But when all is revealed, we find more style than substance, and figures who provide little evidence they will really change things. In our frustration and protest, we sometimes exacerbate the problem.

But when we think about it, why do we expect our leaders to be such beacons of hope, when in reality, they are just like you and me? They may be relatively better off financially, and come from different backgrounds, but they’re just like us: human beings. George Carlin expresses this well:

Everyone complains about politicians. Everyone says they suck. But where do people think these politicians come from? They don’t fall out of the sky; they don’t pass through a membrane from a separate reality. They come from American homes, American families, American schools, American churches, and American businesses. And they’re elected by American voters. This is what our system produces, folks. This is the best we can do. Let’s face it, we have very little to work with. Garbage in, garbage out [1].

Our leaders, like us, are flawed creatures. Most people acknowledge that nobody’s perfect, that we make mistakes, do things we know are wrong. Yet we still expect our politicians to be a cut above. Even the ‘great’ leaders of the last century — Churchill, Thatcher, Blair — years later when the hysteria fades, we take a cold look at their characters and the choices they made, and we see problematic figures with real weaknesses and contradictions.

Historical works like the bible actually communicate a refreshingly realistic view of human nature. Saint Paul, in a letter to a 1st century church in Rome, writes about how all human beings fall short of the glory of God; in essence, we fall short of what we ought to be and standards we desire. While humans are capable of great works of science, art, culture, and public policy, there are problems. What Carlin was unknowingly but poignantly referring to is that the chaos we see in our public discourse is a magnified and more melodramatic version of the story in our own hearts. We are also the contradictions, the faults, the failed promises, and the lack of integrity we despise.

Although the situation may seem hopeless, for many the Christian response is liberating. The reformation we seek, the desirable leadership that seeks justice for the poor and encourages human flourishing, is found in Jesus. Unlike the agenda-driven leadership we have become accustomed to, Jesus demonstrated humility and asserted truth — not to bolster ego with control or with triumphs in debate, but in order to change the lives of those he loved. Rather than self-promotion and recognition, we see self-sacrifice, a man dying a death he didn’t deserve on behalf of people who do. People forget, but this is what inspired pioneering politicians of the past. Whether it was William Wilberforce’s fight against the transatlantic slave trade in parliament or Keir Hardie’s devotion to the correct treatment of the working classes, those men and women knew that the ability to do good for the better of society wasn’t found from within, but from outside themselves.

There is a deep dissatisfaction with our political leaders and, if we are honest, with ourselves. The common denominator is the corruption of the human heart. We will jump on election slogans like Reform and Change, but perhaps we would do well to consider that what we and our leaders need is a change of heart. It’s worth thinking about Jesus, who demonstrated a different form of leadership and for over 2,000 years has brought about a level of change in people’s lives that many politicians could only dream of: ‘Even the Son of Man did not come to be served, but to serve, and to give his life as a ransom for many’ [2].