Forget all the big health scares of recent decades. One widespread epidemic is on the rise that threatens many of us – especially in London – and we're largely unaware. 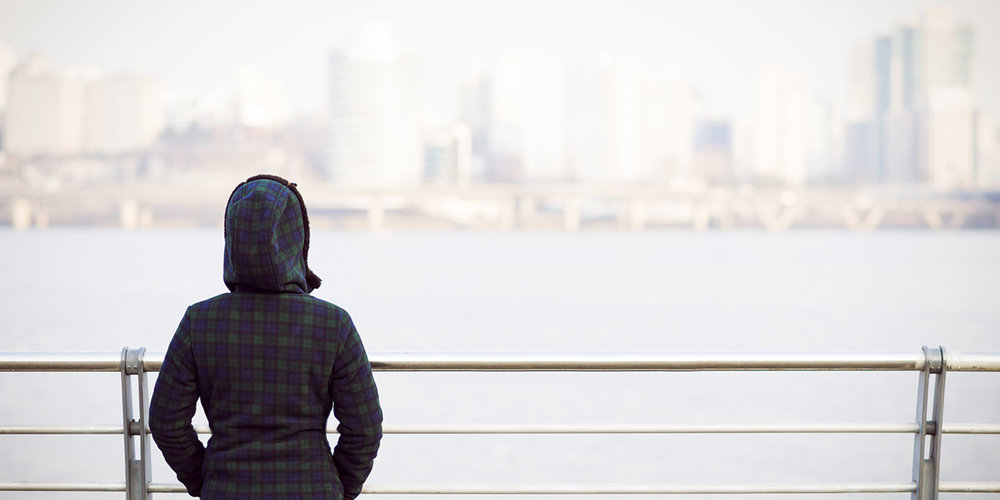 If you walk down the street and see a 20 stone guy puffing away, with a sickly-sweet shiny donut in his hand, you might well judge that man for his poor choices and consider the likelihood that he’s going to put himself in an early grave. He’s indulging in that toxic combination of artery-furring heart-stopping delights: sugar and fat.

You might watch what you eat, exercise diligently, and refuse all those vices like smoking and excessive alcohol, and still be suffering from one of the biggest killers of the modern age: loneliness.

According to some recent findings, ‘There is robust evidence that social isolation and loneliness significantly increase risk for premature mortality, and the magnitude of the risk exceeds that of many leading health indicators’ [1]. In other words, if you’re lonely, this is very likely a bigger problem for your health than the danger of being obese.

I was surprised when I first learned this. It’s not as though you often come across Men’s Health articles that prescribe a night at the pub with friends as something fundamental to your physical wellbeing. And why not? Perhaps because we’ve accepted a very narrow view of our bodies as machines that we can alter and fix with better therapies, better nutrition, and better medicine.

But the science is beginning to stack up, and it is showing what ancient wisdom has always known – that health cannot only be understood in purely physical terms. This is a reductionistic way of understanding our very humanity. The fact that loneliness hurts our biology goes to show that we are a great deal more complex, and a great deal more nuanced, than we might otherwise have thought.

In his book Outliers, Malcolm Gladwell tells the extraordinary account of the town of Roseto, Pennsylvania. Growing up around the turn of the twentieth century, Roseto was an exclusively Italian town, with most of the inhabitants coming from the same place in Italy.

Gladwell tells the story of how some doctors in the 1950s came to the realisation that nobody in Roseto under the age of sixty-five suffered from heart disease. Years later, one of the doctors explained,

‘This was the 1950s, years before the advent of cholesterol lowering drugs… Heart attacks were an epidemic in the United States [and] the leading cause of death in men under the age of sixty-five’. Not only did the Rosetans have healthy hearts, but the same doctor said that there was ‘no suicide, no alcoholism, no drug addiction… These people were dying of old age. That’s it’ [2].

You begin to wonder what was so unique about this place that made people so healthy. All of our modern prescriptions for health don’t fit. Was it the famed Mediterranean diet? No. They ate Italian-type food, but made much worse for being Americanised (think extra-thick pizza bases, and extra lard, so that many of them were actually obese). Was it genetics, then? No, their cousins in Italy had hearts like everyone else’s, and did not share the health benefits witnessed in the US. Was it location? No, the nearby towns were unhealthy like the rest of America.

In the end, the only explanation was that Roseto had an unusually tight community, with generations of the same families living together, respect for the elderly, easy-going conversation in the street, and an egalitarian ethos where the rich didn’t show off their wealth. In other words, the health of their community produced health in their bodies.

When we look out on our present context, the situation seems to be quite dismal. Loneliness has reached epidemic proportions, and we’ve barely woken up to think through the causes and cures. Even if we can identify the bad effects loneliness is having, it’s not as though anyone is making any great effort to solve it.

Stephen Thomas, in a recent article for Hazlitt Magazine [3], shares pretty honestly his own struggles with loneliness, despite having many, many friends. He points to research that shows that we start losing friends from around the age of 25, and there are lots of reasons for this. People move home (and town) too much these days, ‘repotting’ but struggling to find new friendships. People move jobs too much, no longer enjoying the same work relationships for decades like our parents did. Freelancers suffer particularly badly, because there’s no stability in work or location.

We could add many more reasons: the culture of individualism that has gripped the West, the fragmenting of families, the rise of divorce, the breakdown of generational relationships (particularly obvious in London, where you can go for months without speaking to an older person), the emptying of churches, the loss of neighbourliness, and so on.

For many (though not all) of us, we can look back on our school days as the time in life when friendships were richest, when we could spend many careless hours hanging out and doing whatever. But every indicator seems to point to this changing: teens are getting lonelier, too. Obviously, the reasons cited above are not so relevant to them, but they have one massive social disturbance that seems to have caused shockwaves in their psychological wellbeing: the smartphone [4]. The screen does not replace the face.

As a Londoner, I’m acutely aware that this loneliness epidemic is most prevalent in big cities. All of the causes of loneliness are intensified in the city. The population is very transient, people live far away from friends, and busyness makes it hard to find time to simply hang out with people you love.

It’s one of the great ironies of city life, that being around more people does not solve anybody’s relational deficit. If anything, it seems to compound the problem. There are now more people to ignore you, more people to avoid eye contact with you, more people who don’t want to talk to you. And far too often, the people you do know are not life-long friends, but mere acquaintances here to experience a brief few years in the capital before they settle down elsewhere.

But I don’t think the solution is fleeing the city and finding some town in the Shires in which to settle down and play bingo. I think community in London is not only imaginable, but possible. I know it from experience.

The most powerful solution to loneliness in the city is right under our noses, yet so few see or realise this is the case. Consider, where in London can you experience cross-generational and cross-cultural community, where the typical dividers (like wealth, status, and education) are reduced to irrelevancies? Where can you have meaningful conversations with older people, interact with children and teenagers, and experience commitment rather than momentary connection? Where can you go to be known for who you really are, instead of the charade many of us put on for the sake of maintaining our personal brand? The only place I know of is the church.

Three years ago, nine friends started a new church community in Waterloo, which is the church I lead. We have grown steadily since then as many have come to find some kind of shelter and genuine connection with others. I’m not trying to suggest that the horizontal relationships (person to person) are the sum-total of what church is about. The experience of spirituality – the vertical relationship of you to God – is the factor that becomes the common thread binding us all together. But everyone is at a different point in their journey in discovering who God is, and that does not create hierarchy or exclusion.

Not all churches are equal, it’s true. Some do not have a strong bond of community. But when you find a church that does, and one that is also serious about knowing God, you have found a place where people finally begin to feel that they have come home. So, while I don’t think the church is the only place you can experience genuine community in London, I do think it’s the most accessible and the one place with the potential to change many lives very quickly.

This much is indisputable, in my view. I know it is true because I have witnessed it time and again among the people in our own church. I find it sad that many Londoners would rather continue on in their struggle with loneliness than consider being part of a good church. But the doors remain open, and the invitation is not expired. Perhaps you will be persuaded that it may be worth taking a look?

And if you’ve never tried church for yourself, how would you know any differently?