Getting involved in politics has been an exciting and rewarding experience, but becoming a politician has made me realise that there are some issues even politics cannot resolve. What do we do then? 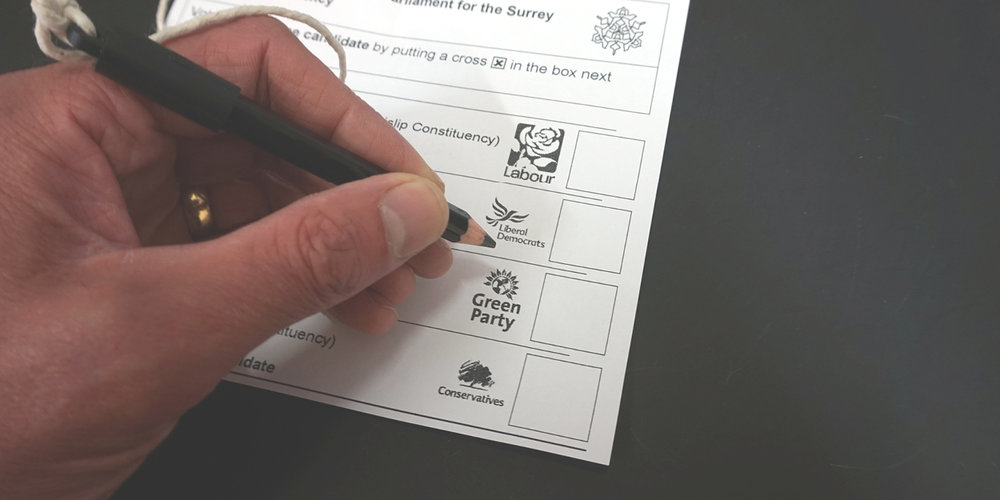 So, you can all officially call me a “politician”. I recently got elected as a local councillor on my third attempt of trying. Campaigning and persuading people to vote for me was one of the most tiring experiences I’ve ever been involved in. Many months of knocking on people’s doors and leafleting in town centres (sometimes with few helpers at hand) wasn’t very glamorous, especially among locals who are tired of politics. It was made even harder when national news stories (Brexit, anti-semitism, the weather), or even the colour of my skin (I’m black), kept getting in the way of important local issues like roads, schools, or the local community centre. But for as long as I can remember, I’ve been passionate about getting involved in the nitty gritty of local politics and remain convinced that politics can be a tool for the common good.

The “common good” might sound a bit fluffy, but I’ve always been spurred on by a vivid picture of the ideal London, set out in a book I read a couple of years ago. It describes perfectly the sort of city, or world, most of us would love to see:

The Metro doesn’t have any negative stories any more, and nobody kills or abuses or cheats on anyone. It’s not just that people don’t do bad things; it’s that they don’t even want to. There’s no hatred in Tower Hamlets, no greed in Kensington, no jealousy in Primrose Hill and no lust in Soho. Beauty is celebrated, but without anyone trying to own it to the exclusion of others. The seedy brothels north of Chinatown stopped operating long ago, not because someone made a law about it, but because nobody wanted to cheapen something as beautiful as sex by having it with a woman they didn’t know in an underground hovel. The billboards in Hackney and Southwark, which used to have obscene graffiti over a plea to gunmen to hand in their weapons, now tell stories about how people who used to use graffiti and guns found forgiveness and acceptance and had their lives changed. It’s as if the whole city has lost the ache in its soul, the ache people were trying to soothe with money, sex and power.

Imagine someone promising that in their manifesto! However, you and I both know we are nowhere near this sort of world and that politics has, in some instances, only exacerbated these problems. It would be easy to wonder why anyone would bother getting involved in this whole process. Many of us in the West have become disenchanted with the political process and have, understandably, stopped believing the promises of politicians. However, amidst the apathy there remains a deep-seated kernel of faith in the power of politics to solve the moral, economic and social problems we face. As our traditional networks and forms of faith have declined, many have instinctively turned to politicians to provide the answers.

As a Christian actively involved in politics, I have had to think about how the two intersect and how my faith impacts the political choices I make. Christians have often fallen into the trap of drawing political allegiance using only selective aspects of the faith. Some conclude that due to Christian ideas about marriage, family, and personal responsibility, it would seem very difficult to be anything other than a Conservative. Likewise, Christians who have emphasised Jesus’ compassion for the poor and marginalised have brought themselves to the conclusion that to be a Christian obviously means being a full-blown Socialist. It becomes easy to justify our pre-existing political positions using biblical soundbites and fail to remember what God’s desires are in relation to political authority.

One of the key themes of the Christian faith is the idea of redemption – the transformation from darkness to light, from brokenness to being made whole. When Jesus first arrived on the scene in first century Palestine, people thought he’d come to bring that redemption by overthrowing the political world order and were desperate for his help. However, he was aiming instead to get to the root of the issue, revealing that the real trouble was in people’s hearts. He hadn’t come to start a political revolution but to effect change in the deepest parts of our lives. He knew that when change happens at that level, true redemption happens and politics will sort itself out. Over two thousand years later, politics still hasn’t managed to solve the issues in Palestine, but a change of heart of all those involved could make a huge difference.

During my first two election losses, while out campaigning and listening to people’s concerns, it was interesting to find how some of the problems people encountered were bigger than the political solutions offered. Even as a councillor now, I have seen  the limitations of politics trying to solve all the issues we face both at a local and national level. While much good can be achieved by political representatives to reduce crime, provide housing and improve our schools and hospitals, I’m sure you will agree that there are some things politicians simply cannot solve. While politics can be powerful in shaping the environments in which we live, changing our human behaviour and habits, it cannot and never has dealt with the deepest problem that human beings have faced since the beginning of time – ourselves.

We might be able to bring down murder rates, but why do people kill in the first place? We can try to ensure everyone pays their taxes, but why do we want to avoid paying them? We can attempt to limit the effects of poverty on society, but what is it that so often leads us to a place of inequality and exploitation of others? Politics at best can often only plaster over the wounds inflicted by individuals upon society – it has never been able to heal those wounds fully.

I am proud that I got elected, and I hope to make the most of my position to help bring about real change in my local community. But I now understand its rightful place. While campaigning, I found it easy to be swept up in the hype of my own message, believing I could solve all the problems of my constituents, either because of the political group I belong to, or  because of my own personal passion and abilities. But ultimately, as a Christian, I know that politics is a response to a deep problem – human nature. Politics is a good way of bringing order to chaos, upholding justice and serving the common good, but it cannot solve the issues of the human heart. I have found that when we try to use politics to achieve more than it can, this leads to a disillusionment and chaos of its own. The writer who gave the beautiful description of what London could be like, free of human failures and twisted desires, claimed that world is only possible when the words and person of Jesus are taken seriously. From my short political experience so far, I believe that too.