The curious case of Kanye West

Whether you’re a fan of his music or not, Kanye West’s story is a hard one to ignore. Born on 8 June 1977, into what you could call a middle class family, his mother was a university professor, and his father a locally renowned photographer within the Atlanta area. Unusually for an African American child of the 1980s, he moved to mainland China for a short period following his mother’s academic career, quickly learning Mandarin and imbibing the local culture. His love for the arts was clear to see from an early age, and led to his eventual decision to quit his English degree and drop out of university aged 20 to pursue a music career.

Seven years later, the risk paid off: he burst onto the scene with his wittily named and universally acclaimed debut album, The College Dropout. A year later, he won his first Grammy award. What soon followed were all the usual trappings of becoming an international music superstar: ridiculous wealth, public notoriety, and as Kanye himself rapped about in 2010, ‘the glory’.  He went on to succeed in creating his own high-end fashion line, and marrying into the American entertainment establishment. You could say he was on top of the world, and he felt like it too. At the age of 36 he signified this by proclaiming himself as a god within his music. He was perhaps at his peak.

But, as most of us know, we and our own accomplishments are never enough to satisfy the existential questions that reside within us. Three years after his debut album, the mother he loved dearly died suddenly following plastic surgery complications. Nobody knows for sure, but it was probably what sparked the mental health problems that would dog him for years to come. The public soon became accustomed to his strange public outbursts at award ceremonies and talk shows, as well as random political pronouncements causing controversy and uproar.

From the spritely young upstart bringing fresh and insightful rhymes to the American hip hop scene, Kanye had now become a deeply troubled man. As early as 2008 you could see this in his music where, coming to terms with the brutality of death which he experienced, he speaks about how ‘I won’t ever love again, ever again’. Despite at one point declaring himself a god, a more vulnerable Kanye started being displayed through his work. He became aware that for all his mortal achievements and reliance on his own genius, it wasn’t enough to deal with his internal angst and mental illness. As he states in his song Ultralight Beam, ‘But Im looking for more…somewhere to feel safe, and to end my holy war’.

Throughout his career, Kanye always made references to God in his music—something which isn’t necessarily unusual for people who produce his genre. In his early song Jesus Walks he puts forward the very orthodox Christian understanding that even though evil exists, Jesus is present and is walking with us on this journey. But despite the religious imagery and devotion that was present in his music, this was also accompanied by less wholesome lyrics—reflective of the world he inhabited. Apart from just the explicit language, this mainly centred around his misogynistic depiction of women: he frequently used sexually obscene lyrics in his songs, objectifying the female body. There was always a wrestling and a paradox, between the good life he was yearning for, and the life he was living.

However his latest album, released at the end of last year, presents a 180 degree shift in his life and music; it’s not simply filled with nominal references to Jesus, reflective of American culture, but represents life and artwork which seeks to worship God. Entitled Jesus is King, the lyrics within most of the songs could easily be repeated within most churches. People have been struck by the lack of complexity in the songs and the simple, childlike message of his music, often quoting from the bible. In recent interviews he has spoken about how his conversion has led to him facing up to his pornography addiction, rejecting the obscene language of his previous works, and even altering the direction of his fashion line to produce more sustainable clothing. While he still remains a highly confident individual (he recently stated that he regarded himself as the greatest human artist of all time), he retracted previous comments that he was a god.

A story that perhaps encapsulates Kanye’s recent religious revival is one he has recently produced an opera about, and which he has said he resonates with. The opera delves into the life of King Nebuchadnezzar, an ancient middle eastern ruler who most historians agree was a brutal, self-centred king. The Bible even records stories of him creating gold statues of himself, and then forcing his people to worship it. He suffers a prolonged period of insanity, and when he recovers, is humbled by his experience. He acknowledges that there is a God which wasn’t himself, and that his status, power, and wealth had nothing to do with him.

How are we to view Kanye’s story? Some have labelled his recent activities as a gimmick. Others have stated that this is the latest outworking of Kanye’s mental health issues. But these reasons are probably too simplistic. Millions of people have resonated with his journey, because it’s one we’ve seen before: a tired soul seeking a saviour beyond ourselves, where none of life’s pleasures and distractions ever truly fulfil, but actually often contribute to our own harm. People raised eyebrows when Kanye called himself a god, but the irony is that most people live like this, making themselves the Kings and Queens of their own lives—with little success. What happens next with Kayne will of course be scrutinised, due to his modern fame and celebrity. But what matters more is whether we take seriously the content of the Christian message the boy from Chicago is now rapping about. 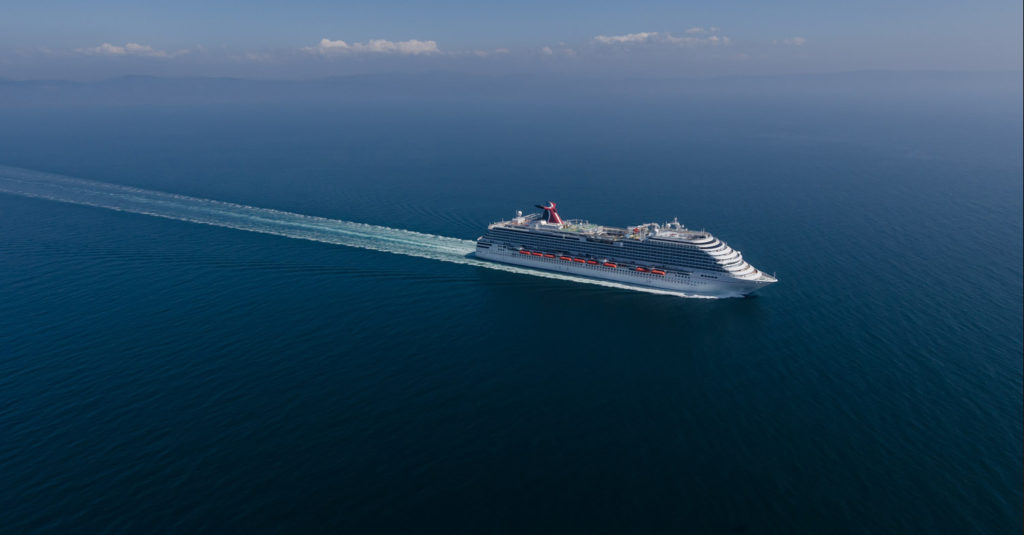 Am I the captain of my soul?

I didn’t choose most of the circumstances in which my life has been shaped: my parents, my culture, my influences. How can it be truly said that ‘I am the captain of my soul’ when, in reality, I didn’t even choose to get in this boat? 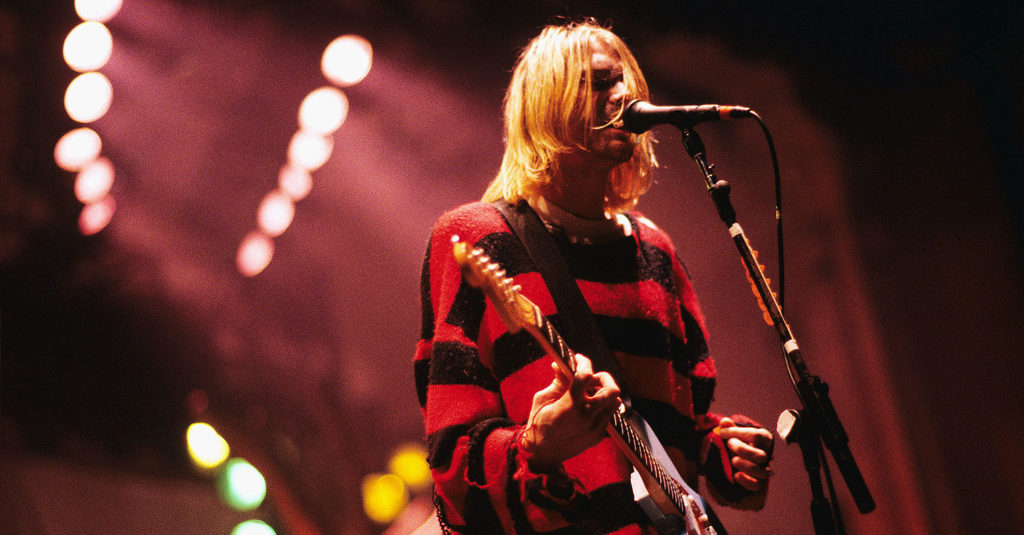 Kurt Cobain and the problem of guilt

While Cobain and Augustine both end up famous and well-regarded in their respective fields of philosophical musing—one in music and the other in writing—somewhere along the way one experiences a tragic hopelessness leading to despair and suicide, while the other encounters life-changing hope and a new start. And what made the difference? 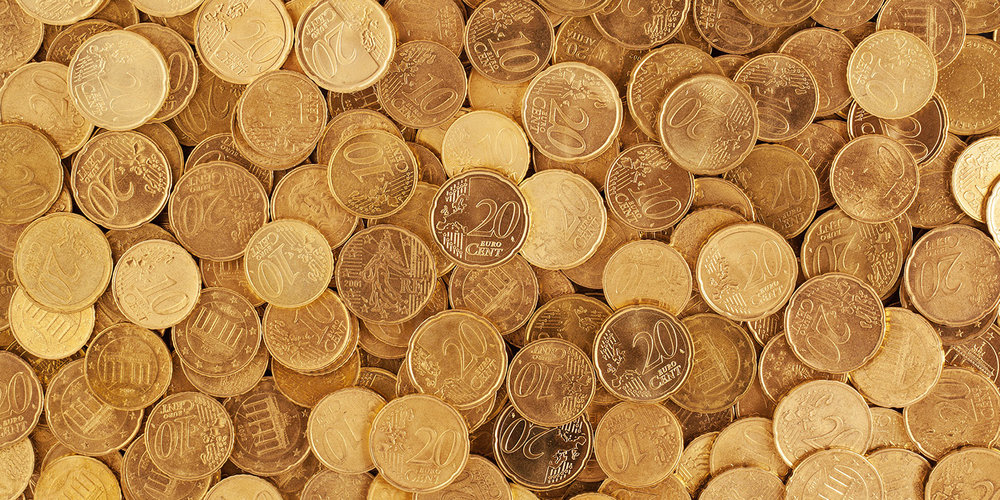 Money makes the world go round.’ So sang Liza Minelli in the 1970s hit Cabaret. When we get down to it, many of us measure our life, our happiness and even our future prospects by our wealth. Why is money so important to us?